The alarm went off at 5:00 am--quick breakfast and off to the airport. We met up with the Riddles who were on the same flight as myself, Mally and John (AiG board member from Australia).

We flew to Roanoke and then picked up a rental van and drove to Lynchburg. After checking in to our dorm rooms and meeting various staff--we then headed to a two hour reception with some of AiG's supporters. Then off to Supper, followed by a special reception for all the speakers for this week (with lots of desserts!).

The next item on the agenda was the hour concert by Buddy Davis. The attached photographs were taken tonight of Buddy singing, various members of the sound and video crew and the auditorium that will be filled with people all week.

The MEGA conference begins in earnest Monday morning as the speaking sessions begin. 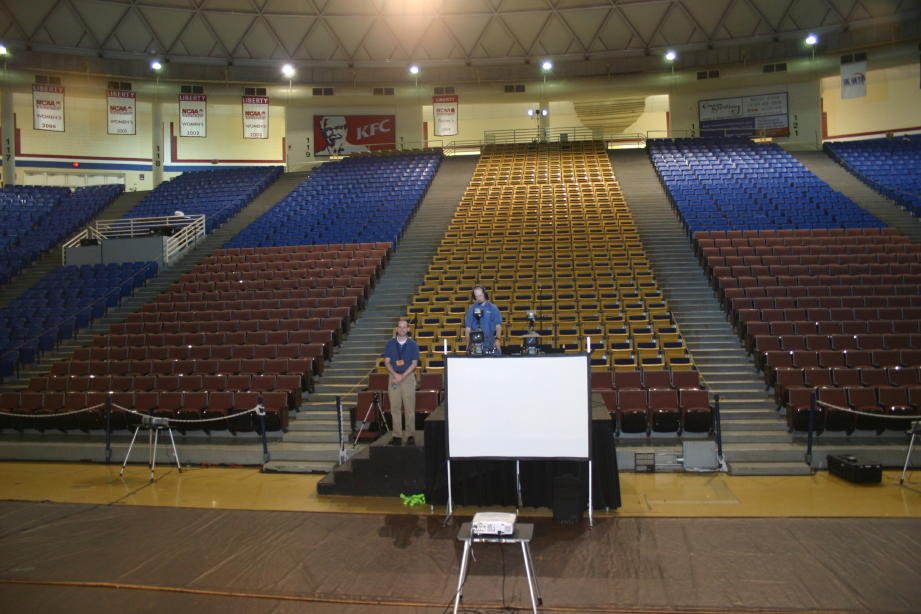 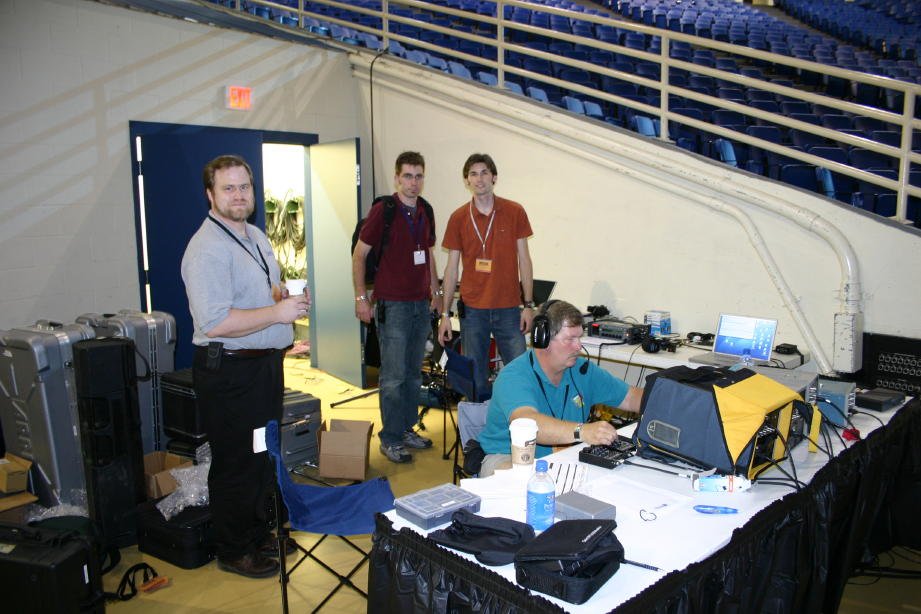 A number of people today had flight problems--lost luggage, cancelled flights etc. Some people are being shuttled from Roanoke to Lynchburg because of flight problems (they won't arrive until very late). Such are the joys of a major conference!