One of the best investments that Answers in Genesis offers to the church in Latin America is training pastors and leaders. We currently teach intensive courses in Spanish in eight seminaries throughout five Spanish-speaking countries. Students receive anywhere from 12 to 40 hours of in-depth, biblical teaching on the Relevance of Genesis as well as on defense of a literal interpretation of Genesis 1–11. Students also receive answers to the most gnawing questions, learn about different popular theories of interpretation that undermine the gospel and how to respond with compelling arguments.

We have just returned from outreach at the Seminario Bautista Berea de Colombia (Berea Baptist Seminary of Colombia) near Bogota, the capital of Colombia. The seminary had invited AiG to hold a conference and to give a five-day teaching session for their students. 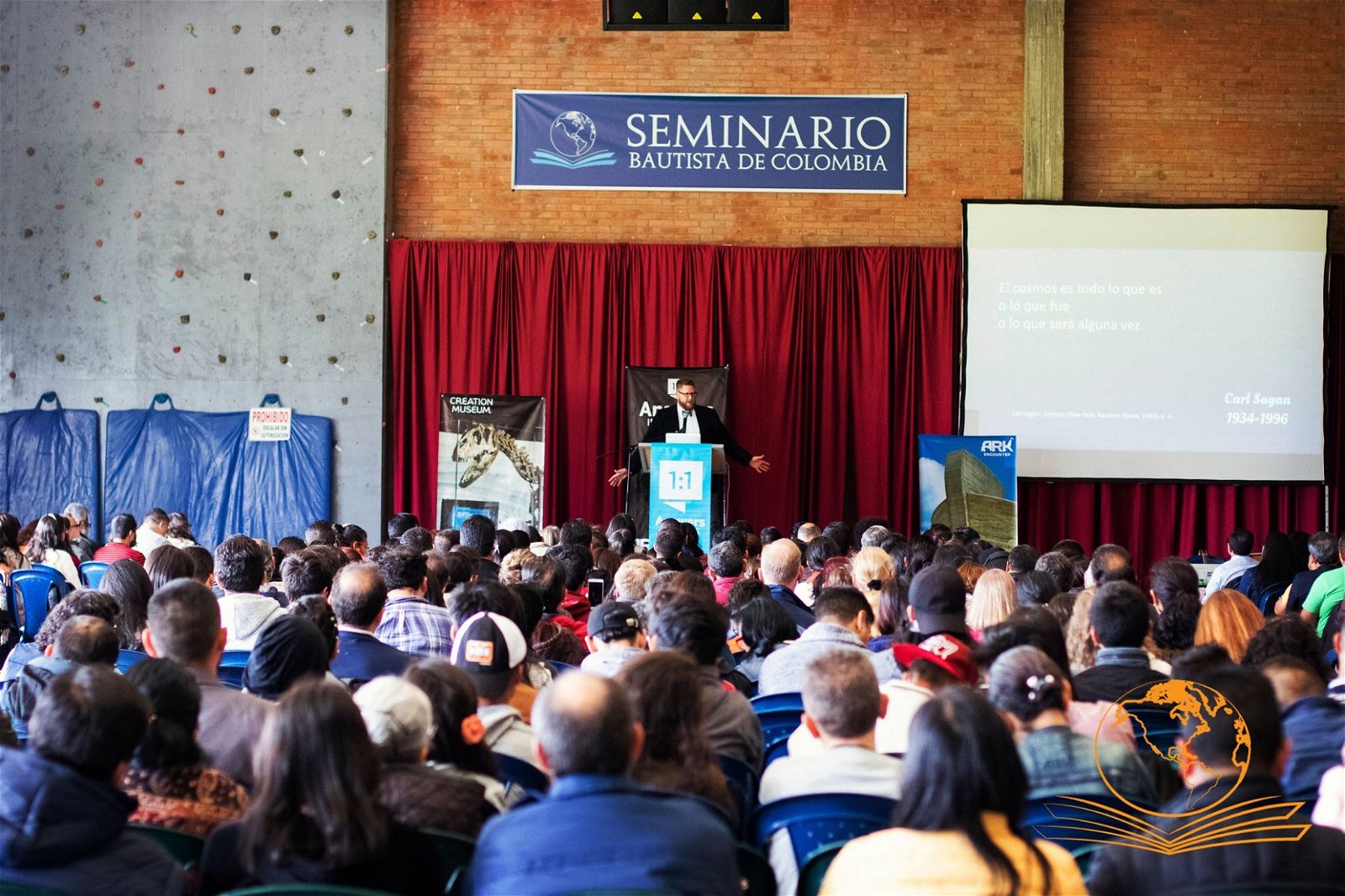 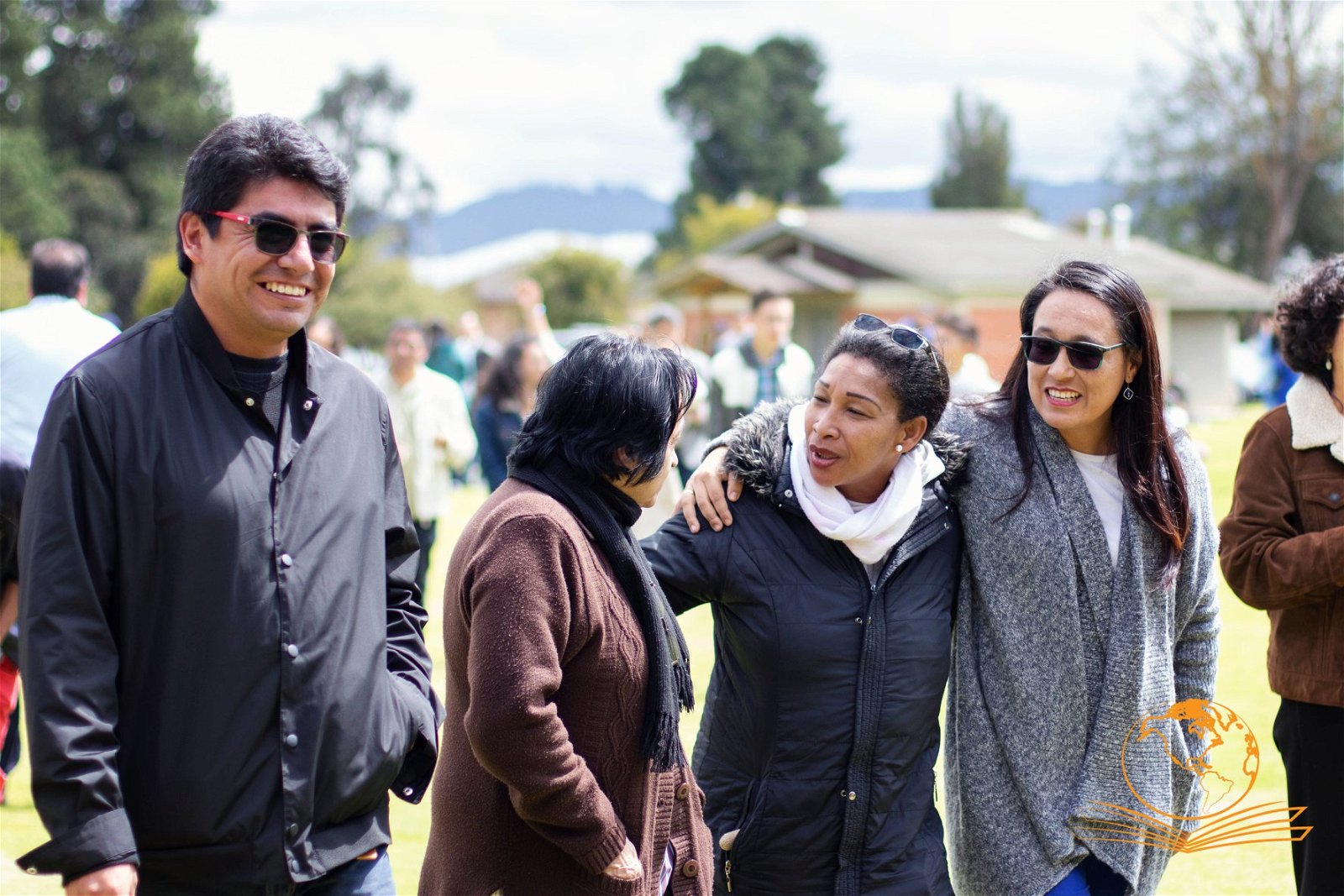 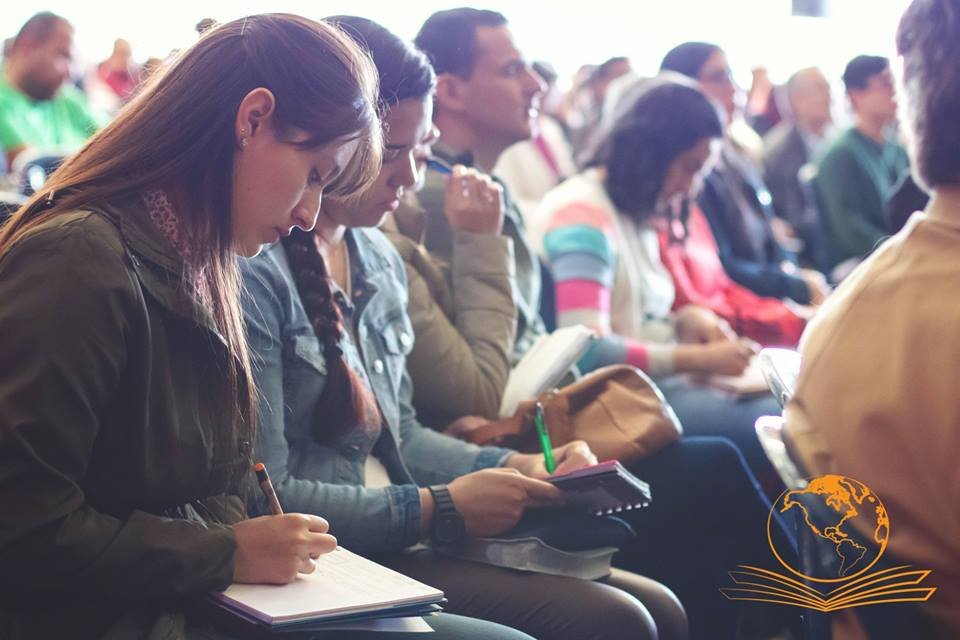 The conference took place on Saturday, January 19, and, even though the seminary is about an hour drive from Bogota, more than 800 people traveled to attend the event. Then, Monday through Friday, from 8:30 a.m. to 5:30 p.m., we taught creation apologetics to a group of 115+ students, pastors, and leaders. It was interesting, as usual, to meet so many church leaders who had been influenced by secular theories and to see how that influence had affected the way they interpreted the first chapters of the Bible. We not only taught but also spent many hours answering doubts as eyes were wide open in astonishment. This kind of teaching on Genesis 1–11 was new to many of them, and they were excited about it! As you can see in the first video, many lives were changed, and now, we pray that this conviction can be passed on to the members of their respective churches throughout Colombia to take a stand of biblical truths.

Although extensive, the conference and training were not enough. That is why we are so thrilled to have distributors in Colombia who not only received resources from the US for those events but also printed 1000 copies of La Mentira (The Lie) by Ken Ham. These resources flew off the shelf! Now, coming home, I am very thankful to the Lord that those Christian leaders and pastors have a week’s worth of notes and an armful of AiG books in Spanish to use in equipping Colombian churches to take a stand on the truth: a stand on God’s Word from the very first verse. 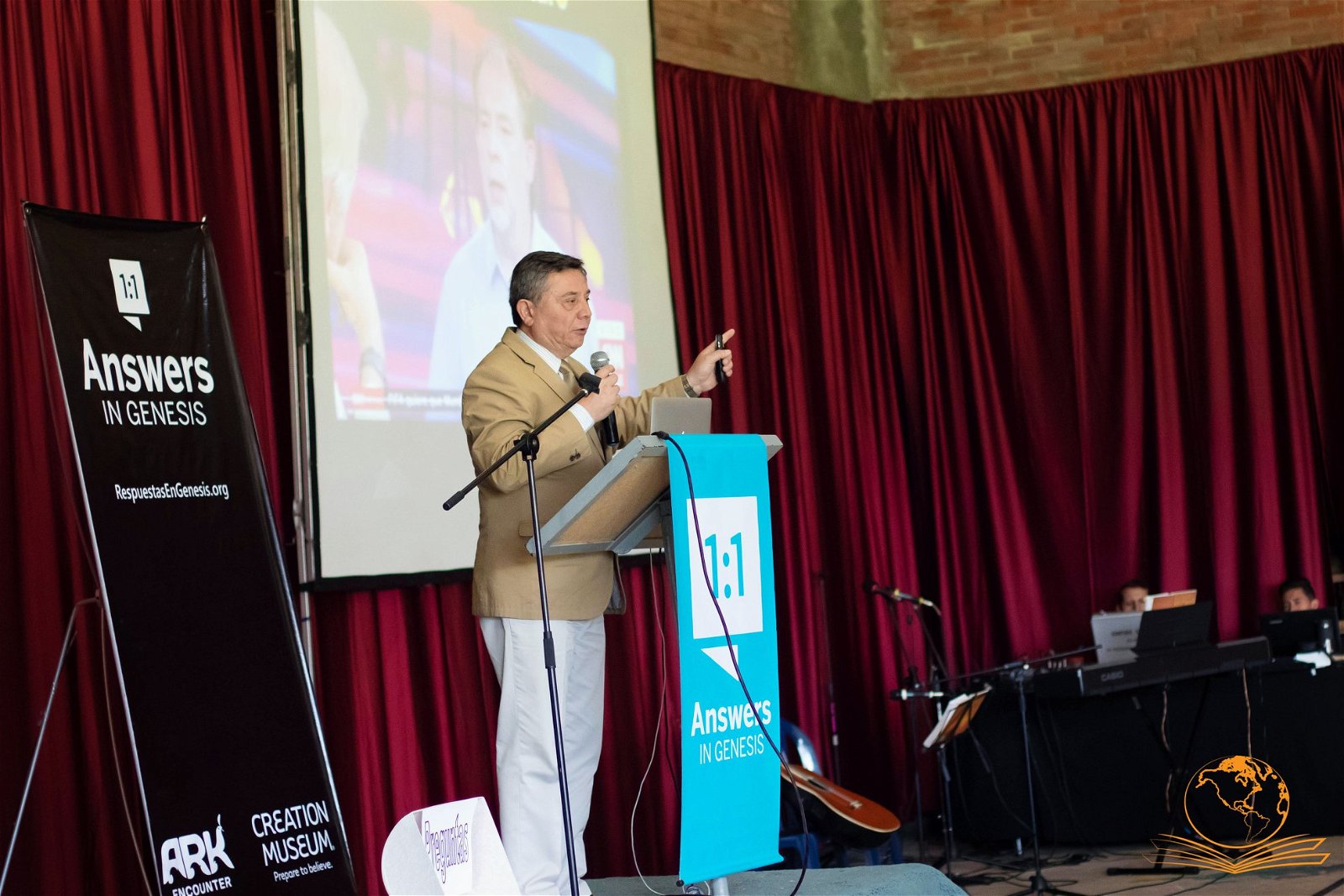 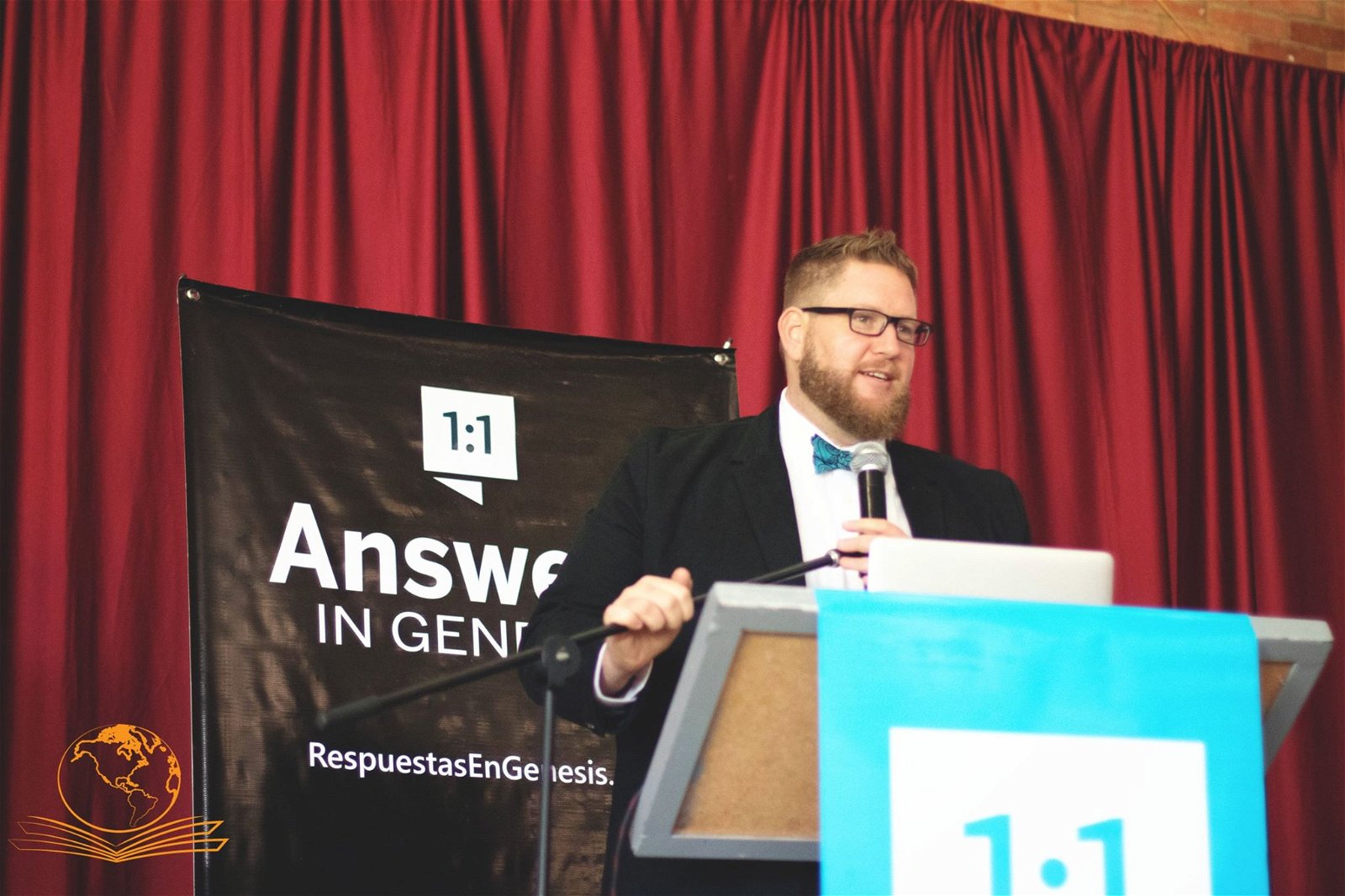 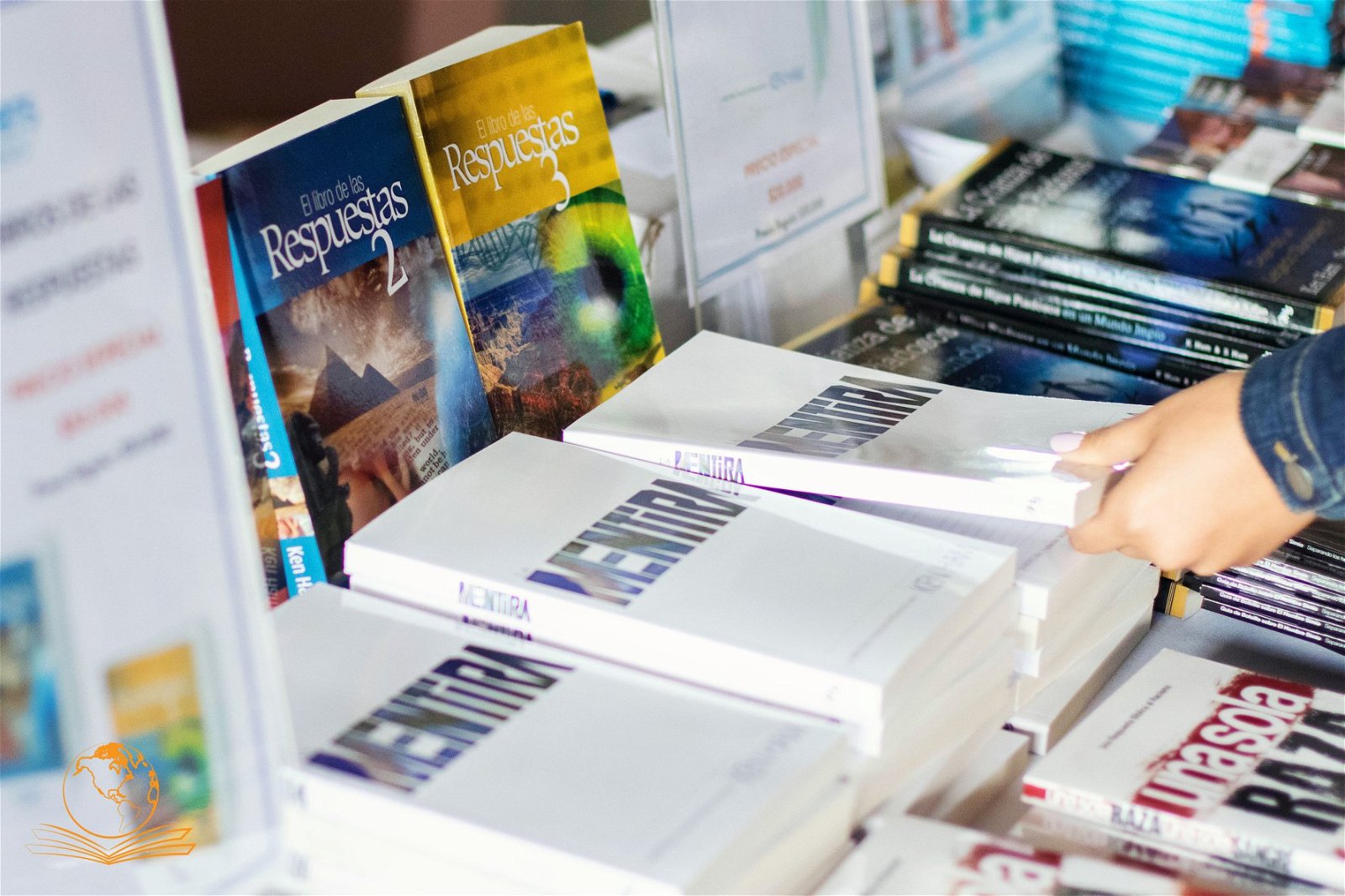 During the conference, we also witnessed how AiG is being used to minister! Michael, a third-semester seminary student, shared with us how he came to know the Lord in 2015 at AiG’s first conference in Colombia! Now, he is a full-time seminary student and is being equipped in apologetics so he can do the same for others!

Many who read this support Answers in Genesis, and some of you possibly are being moved to do so now. Please know that when you support AiG, the countless people throughout other countries thank you. People like Michael thank you too. Please pray for us.

Previous Article Answers in Genesis is in the Galápagos Islands! Next Article I Will Also Speak of Your Testimonies Before Kings ... of Chile!