Recently Answers in Genesis International had a unique opportunity to present in Africa. Speaker Bob Gillespie ministered in Togo, West Africa. Bob lived in Africa for a number of years and has a heart for reaching Africa with the gospel of Jesus Christ. Bob was part of a team that went to a parents’ conference with the theme centering on the sanctity of life.

Arriving in Togo, Bob met the African church leader who was coordinating all logistics for the conference. A pastors' conference was first on the agenda. Bob traveled a couple of hours to a small town where a number of pastors gathered to hear the Word. The first talks to be given were “The 7 C’s of history” followed by “The Relevance of Genesis.” After the two presentations, numerous questions were asked regarding Cain’s wife, the gap theory, and a 24- hour period. Pastor Happy (his real name), who is a respected leader of all the area churches, was also Bob’s translator. He approached Bob after the presentations and asked for his talks on a flash drive. He said that God had been burdening him to bring this type of message to schools and churches across Togo. 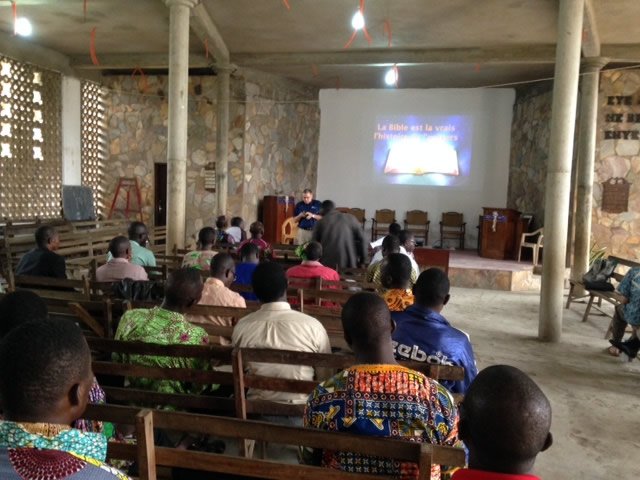 A few days later, Bob had the opportunity to present to over 100 university students in Lomé, which is the capital. 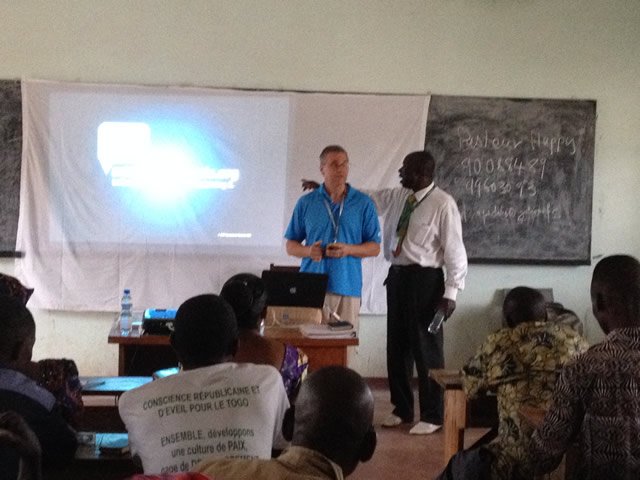 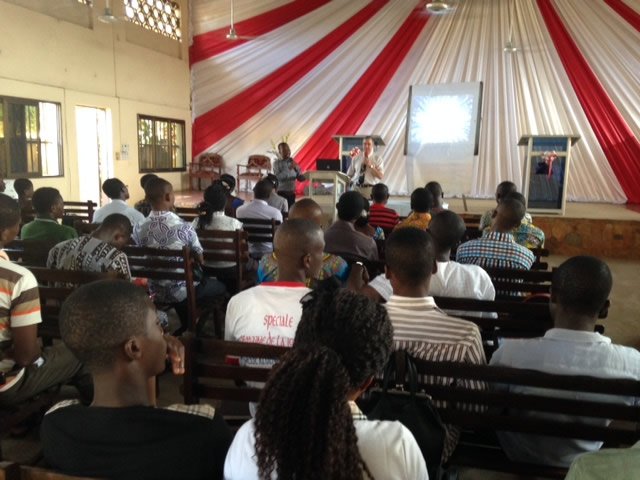 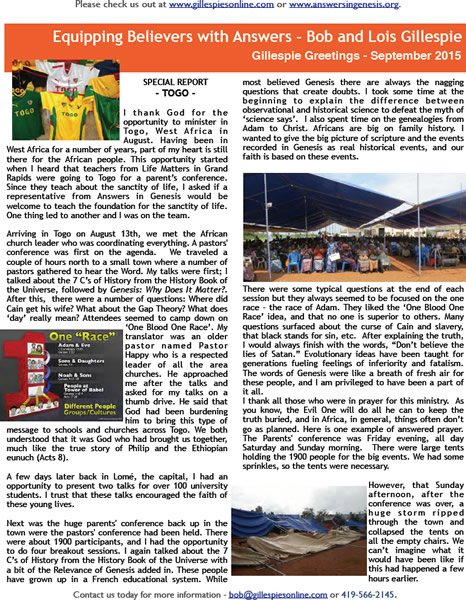 Read the Gillespies’ newsletter for more details of these teaching events.

Next on the schedule was the parents’ conference back in Togo. There were about 1900 participants, and Bob had the opportunity to do four breakout sessions. He presented the 7 C’s of History with a bit of relevance added in. The people there have grown up in a French educational system. While most believed in the literal history of Genesis, there were always the nagging questions that create doubts. Bob explained the difference between observational and historical science to defeat the myth of “science says.” Much time was also spent on the genealogies from Adam to Christ because Africans are big on family history. This group was shown the big picture of Scripture and the events recorded in Genesis as real historical events that serve as the foundation for Christian doctrine.

At the end of each session, Bob was asked the common questions regarding origins, but they always seemed to focus on the one “race” issue. They liked the one color idea, and that no one is superior to others. Many questions surfaced about the Curse of Canaan (which is often erroneously transferred to all descendants of Ham) and slavery, that dark skin supposedly stands for sin, and so on. After explaining the truth, Bob would always conclude his session with the words, “Don’t believe the lies of Satan.” Evolutionary ideas have been taught for generations, fueling feelings of inferiority and fatalism. The words of Genesis were like a breath of fresh air for these people. 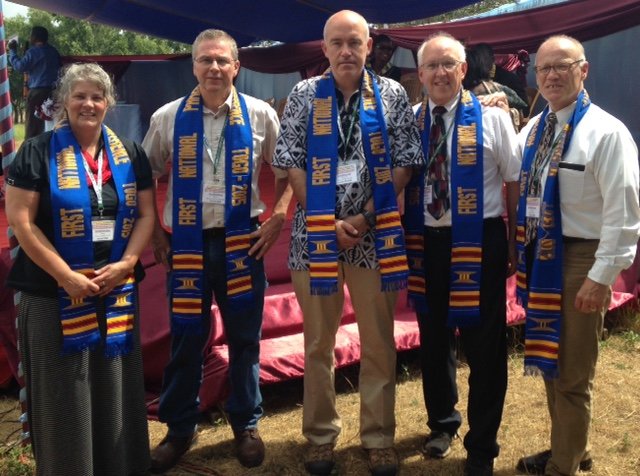 Please continue to pray for the leaders in West Africa who were presented with concrete answers regarding origins and foundations so they can be bold in presenting the gospel of Jesus Christ. Here are a few praise and prayer points.

The parents’ conference was Friday evening, all day Saturday, and Sunday morning. There were large tents holding the 1900 people for the big events. Due to ongoing rain showers, the tents were necessary for the conference. However, that Sunday afternoon a huge storm ripped through the town and collapsed the tents onto all the empty chairs. The weather would definitely have disrupted the conference if it had gone a few hours later. 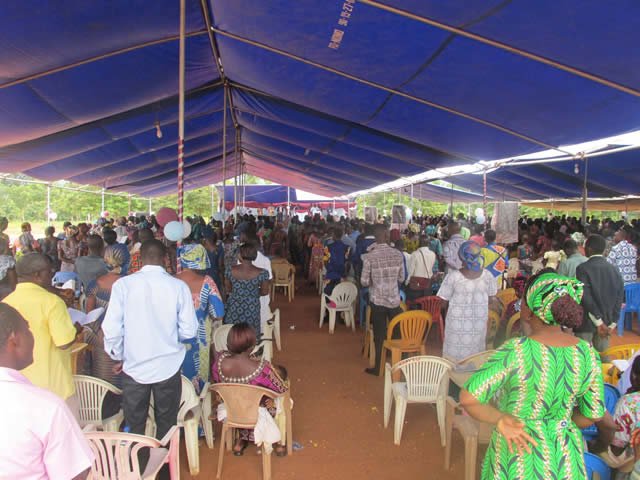 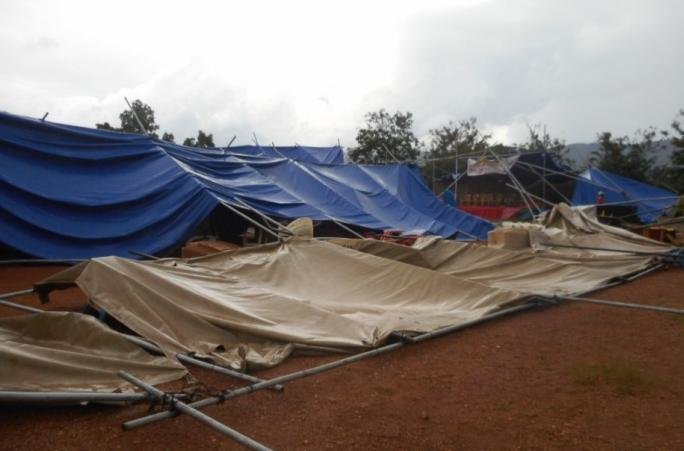 Pastor Happy was Bob’s translator throughout his time of ministering in West Africa. Bob gave the rest of the French literature (French tracts were handed out at every talk) and talks on a flash drive to Pastor Happy. He envisions taking the message of the 7 C’s to public schools and churches across Togo.