By God’s unique design, the forest is already preparing for the next big catastrophe.

It looked more like a war zone than a forest paradise. Nothing but devastation as far as the eye could see. Smoldering ashes and blackened wooden skeletons were all that was left after the inferno. The scene was overwhelmingly bleak. Yet hope for restoration lay dormant in the landscape! This ashen forest had prepared for just such a time to ensure future generations would thrive here.

How is that possible? From floods, forest fires, and volcanoes to insect swarms, ice storms, and clear-cutting, a devastating variety of environmental disasters threaten forests all over the world. A wise Creator would take such possibilities into account, and he did. God has designed his creation to experience revival even in the midst of catastrophe. In a fallen world brought down by man’s rebellion, God made his creatures to persist. As he showed in the resurrected Christ, he’s a genius at bringing life from death!

The answer to how environments can bounce back from disaster often lies in the legacies they leave. Legacies are the survivors of catastrophic disturbance. They are vital for secondary succession, the process of revival after a natural community is destroyed. Legacies can be physical remains or living organisms. Physical legacies include dead standing trees (otherwise known as snags) and fallen trees. These provide shelter, they balance the soil’s temperature and moisture for future organisms to germinate, and they offer food for future generations.

An example of a living legacy is a seed bank. Just as you deposit money in a savings account for financial emergencies, so our Creator has designed plants to make deposits for future forest emergencies. Many seeds wait patiently on standby in the darkness of the soil.

Over many generations, plants can deposit millions of seeds in each acre of forest soil. Not all are created equal. Some last only days or months before they can no longer germinate. Others can last centuries—such as moth mullein (120 years) and canna lily (600 years)—or millennia, such as a 1,300-year-old Indian lotus that was germinated in a lab in 1995. One competitor for the record books is a date palm buried in Masada, Israel, that germinated after an estimated 2,000 years.

At this point you might be asking how seeds know when to lie dormant and when to spring into action. Fascinatingly, seeds have sensing tissues that can detect differences in soil temperature and changes in light wavelength. When these changes reach a certain intensity, a seed’s individual programming triggers it to end its sleep and send its root into the soil and its shoot into the sunshine.

For example, the pin or fire cherry of northeastern deciduous forests needs lots of sun. Its seeds can remain viable in the soil for 50 to 150 years, long after other taller trees like maples, oaks, and American beeches have blocked the sun. As soon as some disturbance removes the grand old canopy, fire cherry seeds sense the increased light and temperature and begin to recolonize the landscape.

Consider what happens in some of the old Douglas fir forests of the western US. They haven’t always been there. Eight hundred years before these trees became established, we find evidence that an earlier community of snowbrush and other plants deposited seeds in the soil. Whenever clearcutting or forest fire destroys firs, these seeds spring into action in response to the warmed soil and changes in sunlight. The seeds are already there! Their bushes quickly cover the ground and then develop new relationships with bacteria in the soil, as their parents once did.

God designed the bushes and bacteria to work together. The bacteria help the bushes by taking nitrogen from the air and making it into usable fertilizer to replenish the soil. In return, the bushes provide shelter and food for the bacteria and animals. Together they restore the environment and prepare for future generations.

What Is Your Legacy?

Seed banks illustrate how God provides for and sustains his creatures in every way. He preserves and upholds all things (Nehemiah 9:6; Hebrews 1:3). But he sustains more than just the physical aspects of the present creation. He provides for future generations as well.

In a way much more profound than helping plants and ecosystems, he also takes disturbed and spoiled human souls and restores their beauty and purpose to live in a healthy, sustainable community. As we let God’s Word germinate in our lives and follow his Spirit’s leading, we can prepare a strong, rooted foundation in Christ for those who follow and desire to flourish (Psalm 92:12–15). What a wonderful legacy for us to pass on to the next generation! 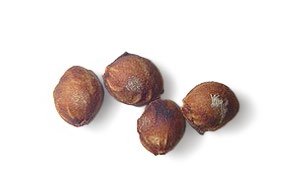 Pin cherry (Prunus pensylvanica) is a flowering tree found in northern North America and the southern Appalachians. Its seeds can be viable for 50–150 years. 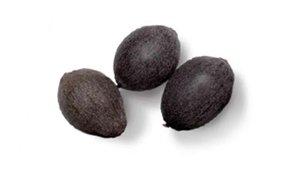 Sacred lotus (Nelumbo nucifera) is a flowering aquatic herb in tropical Asia and Queensland, Australia. One seed recovered from a dry lake bed in China was viable after 1,300 years. 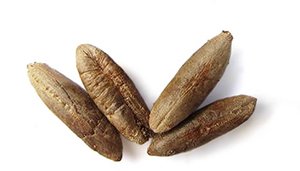 Date palm (Phoenix dactylifera) is a palm tree in North Africa and Southwest Asia. A viable seed found in Judea was 2,000 years old.

Tom Hennigan is associate professor of biology at Truett McConnell University, where he teaches organism biology and ecology. He is coauthor of the newest edition of the Wonders of Creation series, The Ecology Book.
Previous Article Practical Prickles: Lowland Streaked Tenrec Next Article Nerve Distribution—A Sensitive Topic

The beach beckons us with its seashells. More than just ornate collectables, they testify to the Creator’s lavish provision for even the lowliest creatures. The Creator designed shells with mind-boggling features evolution can’t begin to explain.