To Space and Back—an Astronaut’s Perspective

A commander of the International Space Station offers his perspective on God’s incredible revelation, which is available to all.

This summer marks the fiftieth anniversary of the Apollo 11 moon landing, believed by many to be the most momentous technological achievement in human history. As this anniversary approaches, we read different retrospectives almost every place we turn. As an astronaut who once piloted Space Shuttle Atlantis and later served as the commander of the International Space Station, I appreciate the opportunity to share a few thoughts from my own perspective.

This anniversary reminds me of another space flight—now all but forgotten by most—which occurred on Christmas Eve a few months before the first moon landing. Three men in a small capsule became the first humans to leave the vicinity of earth and swing around the moon. Today, their flight is perhaps best known for the Earthrise photo taken by astronaut William Anders as the blue earth rose above the lunar landscape. 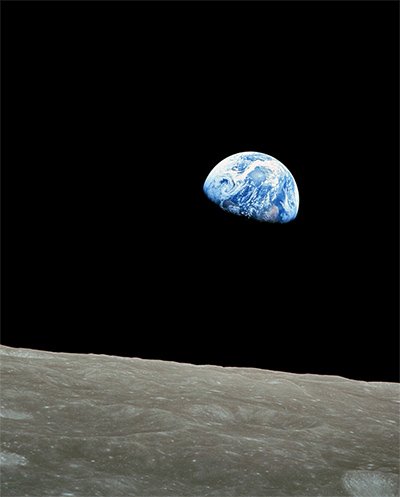 Astronaut William Anders (Apollo 8) snapped this famous photo as the earth rose above the lunar landscape in 1968.

As the crew circled the moon, a mere 50 miles above its surface, they took turns reading the Genesis creation account found in God’s Word. Approximately one billion people listened to what proved to be the most watched broadcast in history up to that time.

What do these events teach us about humanity’s quest for truth and the search to understand our place in the universe? As someone who believes the biblical account of creation as recorded by the only entity there to witness it—God himself—my answer might surprise you.

I’ve had the privilege few ever experience. To date, I’ve spent not just a few hours or a week in space, but 178 days. I lived there (most of the time on the space station) and had the opportunity to experience space. I’m often asked what perspective this gave me. Did I have a spiritual experience, a moment of enlightenment that freed me from the constraints of our planet?

I can say without question that one cannot help but be filled with awe at the beauty, majesty, and utter wonder of God’s magnificent creation while zipping around the planet 16 times a day at 17,500 mph. One of the most memorable experiences is the kaleidoscope of vivid colors that encircle the globe. It’s hard to put into words what one actually sees and experiences because our eyes detect light differently than can be recorded by cameras.

The world’s oceans are the bluest of blues, contrasted against the rich browns of the deserts and plush greens of the forests. Meanwhile, the black ink of the night sky forms a perfect backdrop, dotted with literally trillions of bright stars of every color—from blue and yellow to orange and red—unobscured by the dust and water vapor in the atmosphere.

Often the space station passed through the glowing green lights of the aurora borealis (southern polar lights). This otherworldly display perpetually reminds us that God designed a magnetic blanket to protect life on earth from the dangerous radiation that is continuously streaming our way from the sun.

My ultimate perspective, however, was always clear. I did not need to go to space to find the Creator of heaven and earth. As the Apostle Paul said 2,000 years ago, we can see evidence of the Creator everywhere (Romans 1:20), not just in space. More importantly, there’s only one place where absolute truth resides. Everything I need to know about my Lord and Creator is found in the pages of Scripture. And it is available to all who will believe.

The message of God’s Word from Genesis to Revelation is clear: God created all men and women in his image, but following Adam’s rebellion, we are wretched sinners, in need of a Savior whom we can know only by his grace. God has provided redemption through the blood of his Son, Jesus Christ, so that those who are redeemed can honor, worship, and glorify him for all eternity. 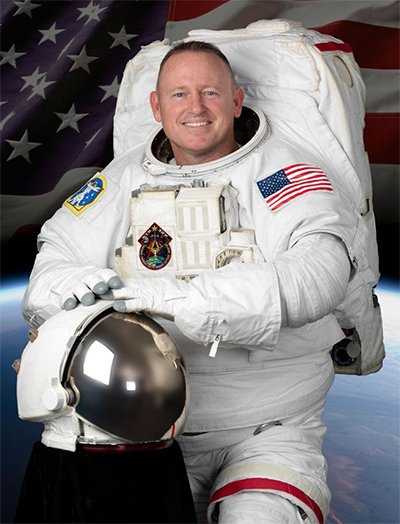 Commander Barry Wilmore is a veteran of two spaceflights and has accumulated 178 days in space.

Many think God’s message of redemption begins in the New Testament, starting with Matthew 1:1 as the story of Jesus’ birth unfolds. However, it really begins with Moses’ words in Genesis 1: “In the beginning God created the heavens and the earth” (Genesis 1:1).

Or how about when the Apostle Peter tells us, “For they deliberately overlook this fact, that the heavens existed long ago, and the earth was formed out of water and through water by the word of God” (2 Peter 3:5)?

Scripture is clear that the creation of all things was a supernatural event, completed by an almighty, powerful, creative, and loving God. Additionally, Scripture makes it absolutely clear that God created in six literal 24-hour days; the Lord even wove it into the Ten Commandments (Exodus 20:11).

Most people in the world today would say that such a thing is impossible. So I ask, “How about Jesus? What did he think about this literal six-day creation?” He told the Pharisees, “If you believed Moses [or the Scriptures], you would believe me; for he wrote of me. But if you do not believe his writings, how will you believe my words?” (John 5:46–47). Basically Christ was saying that Scripture itself, beginning with Moses (who penned the creation account in Genesis), “accuses” us if we won’t believe.

Many will respond, “Science disproves the Bible.” But this response comes from widespread confusion about science. The study of origins isn’t the same as experimental science, which sends people to the moon or enables them to live half a year on a space station. No experimental science contradicts the Bible. The study of origins, on the other hand, depends on hypotheses, theories, or assumptions that can’t be tested.

The creation was a monumental miracle like none other ever performed, and was completed by a holy, righteous, and infinite God. It thus cannot be proved or disproved by any theoretical scientific methods. Therefore, we must believe this by faith, just as God’s Word tells us in Hebrews 11:3. We weren’t there; no one was there except God, who gave us an infallible record of his deeds in Genesis 1.

As we continue reading God’s Word, we come across endless other miracles that challenge us. If we can’t believe the truths of creation, then how about these other miracles in God’s Word? Other than Christ, Scripture records eight individuals who were raised from the dead. Can these miracles possibly be believed?

Jesus summarized our part in understanding our place in the universe: “I am the resurrection and the life. Whoever believes in me, though he die, yet shall he live’” (John 11:25). This blessed gospel begins with creation in Genesis 1 and continues to the climax in Revelation when God fulfills his promise to make a new heaven and earth, where he will dwell with his people forever. You won’t find that message in space, but in God’s Word. Will you believe?

Barry Wilmore, a retired Navy captain and combat veteran, served 30 years on active duty. He spent the final half of his naval career as a NASA astronaut where he remains as an active civilian astronaut. In 2014 he commanded the space station and performed four spacewalks.

A Creation Astronomer Looks Back on the Moon Landing 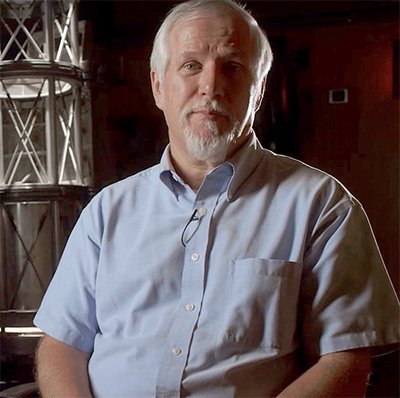 In 1969, I was a rising high school sophomore when Neil Armstrong stepped onto the lunar surface and declared, “That’s one small step for man, one giant leap for mankind.”

That July evening, I was glued to the television. Frequently I stepped outside and looked at the moon to marvel that an astronaut (Michael Collins) was orbiting that remote sphere while two others were walking on its surface.

The moon was nearly at first quarter phase, a good time for viewing with my small 40-mm refracting telescope. Of course, I couldn’t see any spacecraft or astronauts, but it was fun locating the general area where they were leaving their footprints.

Back then there were only three networks, ABC, CBS, and NBC, all of which preempted normal programming to carry the events leading up to the Apollo 11 landing. Other members of my family had grown tired of the endless coverage and went to bed early, miffed to miss a rerun of Bonanza. Incidentally, they missed Armstrong step on the moon at nearly 11:00 p.m. (EDT).

Charting a Course for the Future

I had a passion for astronomy since I was four, but events surrounding the moon landing intensified the interest and led me to confirm my calling—to be an astronomer.

After I earned my PhD, I taught at the University of South Carolina Lancaster, where I stayed for more than a quarter century, encouraging thousands of students to share my love for the stars. Six years ago, I became the astronomer at Answers in Genesis and have loved interacting with enthusiastic crowds at the planetarium and observatory. Not only do I share my thoughts on how astronomy relates to creation, but I even get to continue publishing astronomy research.

If the sky is clear this year, I’ll spend a little more time than usual looking up at the moon. I may even use my little 40-mm refracting telescope that I used 50 years ago. (Yes, I still have it.) It isn’t the top-of-the-line Questar telescope in the Creation Museum observatory. But looking through that little telescope makes me feel like a kid again on that July evening. Each time I look into the heavens I wonder at God’s handiwork.

Dr. Danny R. Faulkner joined the staff of Answers in Genesis after more than 26 years as professor of physics and astronomy at the University of South Carolina Lancaster.