“This Planetary Discovery Goes Against Everything We Currently Know”

The European Southern Observatory’s Very Large Telescope has discovered a brand-new world in the Centaurus constellation. 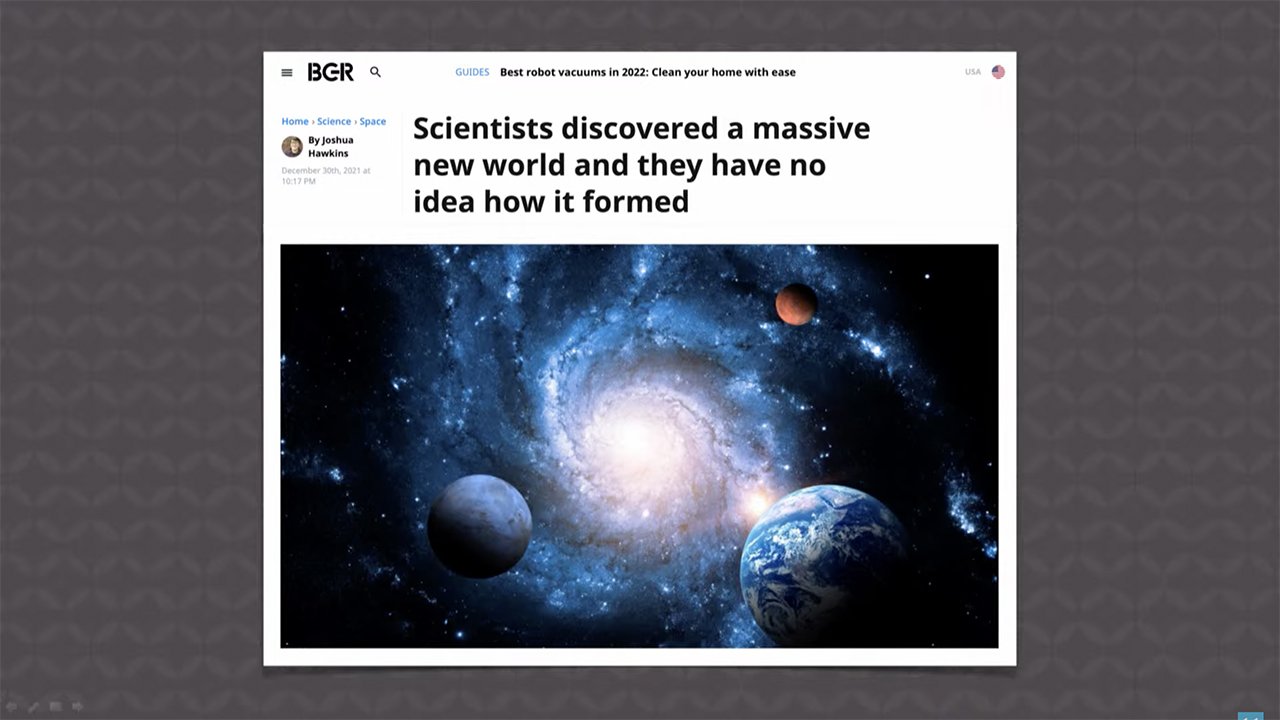 Just 325 light-years away from Earth is the Centaurus constellation, which hosts a binary (two-star) star system.

An exoplanet is a planet outside of our solar system. The list of exoplanets continues to get longer and longer as research techniques and technologies allow us here on Earth to detect these far-flung worlds. Well, another exoplanet has recently been added to the list, this one 325 light-years away from Earth in the constellation Centaurus. This new planet orbits a star which is part of a binary (two-star) star system. And this newly discovered world is quite unique!

Discovered by the European Southern Observatory’s Very Large Telescope, b Centauri b is found in the “hottest planet-hosting system that we know of.” It orbits the star from far away—over 100 times the distance between our solar system’s gas giant, Jupiter, and the sun. Ten times the size of Jupiter, it’s reportedly one of the “largest new worlds that humanity has discovered” with one of the largest orbits.

But what’s really interesting about b Centauri b is that the binary system to which it belongs is extremely hot and massive (the two stars are six to ten times heavier than our sun), which “doesn’t make sense for planets to have formed within it. As such, scientists are perplexed at how this new world formed.”

A popular science summary of this new discovery explains,

Scientists say the heat from the two stars in the b Centauri system should work against the formation of new worlds or planets. Likewise, the sheer mass of the system should have a negative effect as well . . .

One of the most perplexing things about this new world is the fact that the large mass and heat from the two stars should be creating enough high-energy radiation that anything around it starts to evaporate faster. However, this planetary discovery goes against everything we currently know about planet formations.

Yet another discovery goes against everything we currently “know”! That’s because ideas about planetary evolution are not based in observational science (after all, no one has observed a planet forming!) but on historical science (not directly observable, testable, or repeatable). And because the vast majority (but not all!) of astronomers and cosmologists start with the wrong starting point of stellar evolution and millions of years, they come to wrong conclusions about what happened in the past. And because their starting point is wrong, their models don’t accurately predict where and how planets form.

But God tells us when and how this planet was formed. He created the sun, moon, stars, and other heavenly bodies on day four of the creation week about 6,000 years ago. Planets didn’t gradually form over millions of years—they were created when God spoke and said, “Let there be . . . .”

And God also tells us in his Word why he created such a vast universe full of all sorts of fascinating structures:

The heavens declare the glory of God, and the sky above proclaims his handiwork. (Psalm 19:1)

This item was discussed yesterday on Answers News with cohosts Tim Chaffey, Bodie Hodge, and Rob Webb. Answers News is our twice-weekly news program filmed live before a studio audience and broadcast on my Facebook page and the Answers in Genesis Facebook page. We also covered the following topics:

Watch the entire episode of Answers News for January 12, 2022.