Life—Discovered on Venus! Wait . . . Not Anymore! 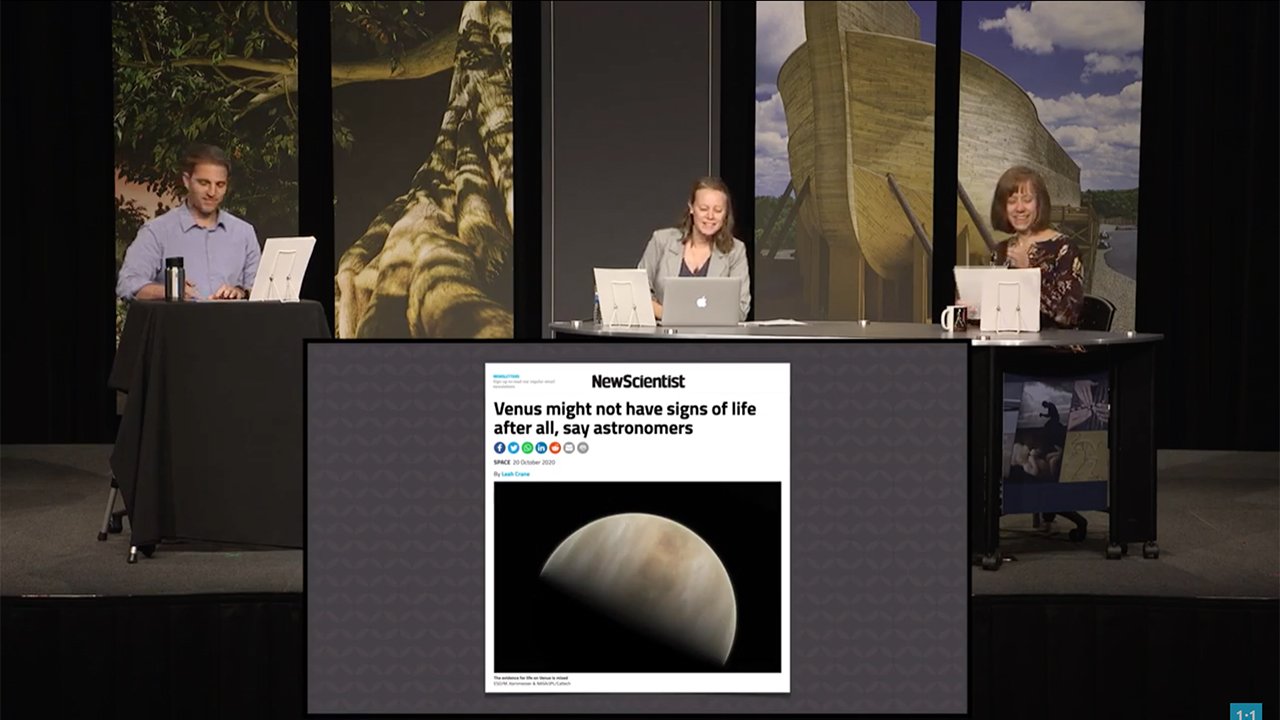 In September headlines declared life had been discovered on Venus (which wasn’t even accurate to the actual contents of the study, but we’ll get to that later). Since then, articles regarding the search for alien life have listed hints of life on Venus as another exciting possibility in the continuing (very expensive) search for ET. Well, that was September. Now it’s October, and turns out . . . life wasn’t found on Venus after all. Hints (or signatures) of life weren’t even found on Venus.

Here’s a summary of the first study I provided in my blog back in September:

The attention-grabbing headlines don’t accurately convey what the study discovered, and no: hints of life have not been found on Venus. What scientists detected in the atmosphere of Venus was trace amounts of the gas phosphine, which on earth is suggestive of biological processes (bacteria living in anaerobic conditions) and therefore life—here. But on Venus, the possibility of life, particularly aerial life in Venusian clouds, “is not likely.”

There probably isn’t any phosphine in the atmosphere of Venus.

Well, two new analyses have come out this month, and both concluded: there probably isn’t any phosphine in the atmosphere of Venus. They are considering possibilities why the initial study found it (for example, maybe the amount is highly variable so some data sets capture it and others don’t—or maybe it was a technical error in reducing “noise” in the data), but I think it’s safe to continue saying what I said in my initial blog:

Secularists are desperately searching for life elsewhere in the universe, as they think this will prove that the God of the Bible doesn’t exist and that his Word is not true. So when a scientist suggests that possibly, maybe, perhaps, they don't know for sure, there's a slight possibility, but it may not be evidence for life on another planet, the headline is constructed by the news media to deliberately mislead and imply something that is not true—really it’s just “clickbait.”

Sinful man is desperate to find anything that might help justify the belief there’s no God to be accountable to. Ideas that run contrary to God’s Word will come and go, but the Word of God stands forever (Isaiah 40:8).

You can learn more about the question of extraterrestrial life in this article, “Are Aliens Real?”

This item was discussed today on Answers News with cohosts Dr. Georgia Purdom, Avery Foley, and Bryan Osborne. Answers News is our twice-weekly news program filmed live before a studio audience here at the Creation Museum and broadcast on my Facebook page. We also covered the following topics:

Watch the entire episode of Answers News for October 26, 2020.