Life—Discovered on Venus! (Well, Only if You Read CNN’s Headlines) 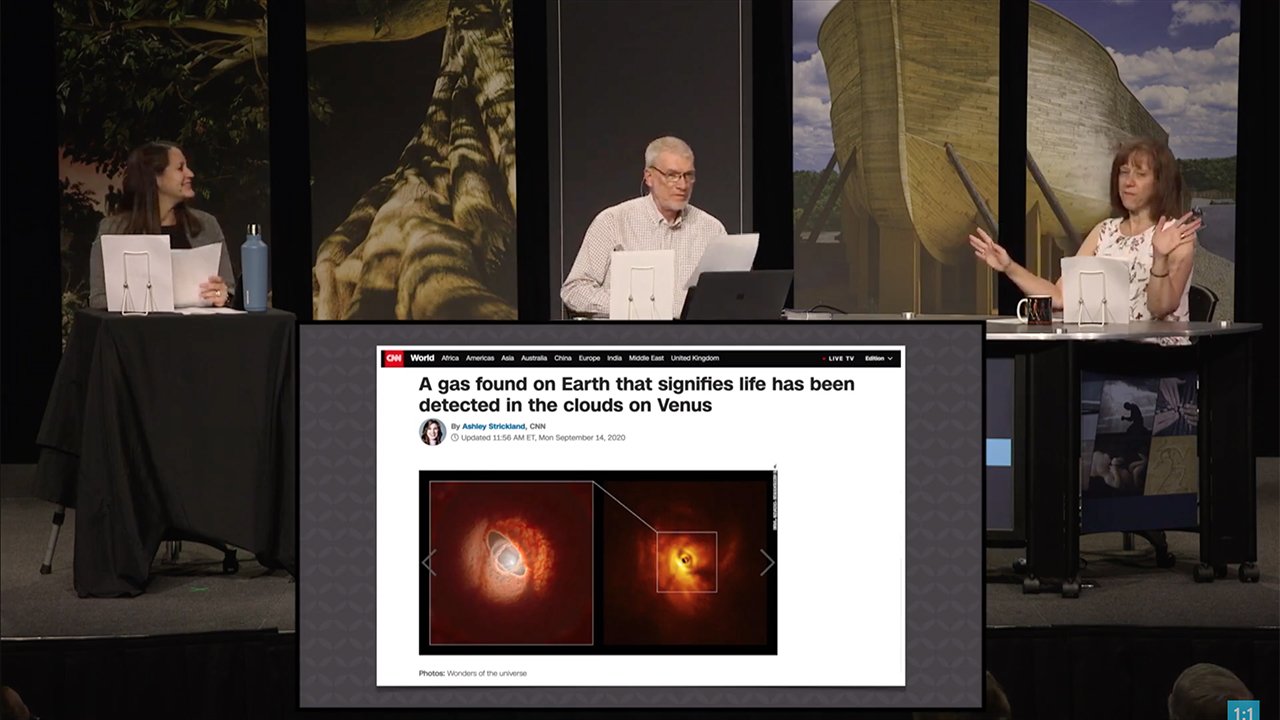 News headlines (like those on CNN) around the world recently loudly proclaimed that signatures of life had been discovered on the hot, gaseous planet second from the sun, Venus. But do these headlines accurately represent the study (a question we always need to ask when we see a headline!)? Have hints of life really been discovered on Venus?

The attention-grabbing headlines don’t accurately convey what the study discovered, and no: hints of life have not been found on Venus.

Well . .  . no and no. As one famous person would say: “fake news.” The attention-grabbing headlines don’t accurately convey what the study discovered, and no: hints of life have not been found on Venus. What scientists detected in the atmosphere of Venus was trace amounts of the gas phosphine, which on earth is suggestive of biological processes (bacteria living in anaerobic conditions) and therefore life—here. But on Venus, the possibility of life, particularly aerial life in Venusian clouds, “is not likely.” Still, since the scientists weren’t able to determine how the phosphine got there, they conclude, "Our hoped-for impact in the planetary science community is to stimulate more research on Venus itself, research on the possibilities of life in Venus' atmosphere, and even space missions focused to find signs of life or even life itself in the Venusian atmosphere."

Apparently, the people involved in this discovery think they have eliminated all abiogenic pathways that could produce phosphine on Venus. I suspect that they haven’t considered all possibilities.

Really, these headlines implying evidence for life has been found on Venus are the typical fake news headlines that CNN and others often put out. If you read the actual article, you find that these headlines are simply not true at all. But they probably help scientists who are hoping for more research grants!

Secularists are desperately searching for life elsewhere in the universe, as they think this will prove that the God of the Bible doesn’t exist and that his Word is not true.

Secularists are desperately searching for life elsewhere in the universe, as they think this will prove that the God of the Bible doesn’t exist and that his Word is not true. So when a scientist suggests that possibly, maybe, perhaps, they don't know for sure, there's a slight possibility, but it may not be evidence for life on another planet, the headline is constructed by the news media to deliberately mislead and imply something that is not true—really it’s just “clickbait.” (For a trusted news program on science and social issues, check out our Answers News programs, broadcast each Monday and Wednesday at 2 p.m. ET on Answers.TV and AiG's YouTube channel and other social media.)

I discussed this item today on Answers News with cohosts Dr. Georgia Purdom and Dr. Gabriela Haynes. Answers News is our twice-weekly news program filmed live before a studio audience here at the Creation Museum and broadcast on my Facebook page. We also covered the following topics:

Watch the entire episode of Answers News for September 21, 2020.