Planned Parenthood CEO distances the organization from eugenicist founder while the child sacrifice of abortion is still committed against many “black” babies. 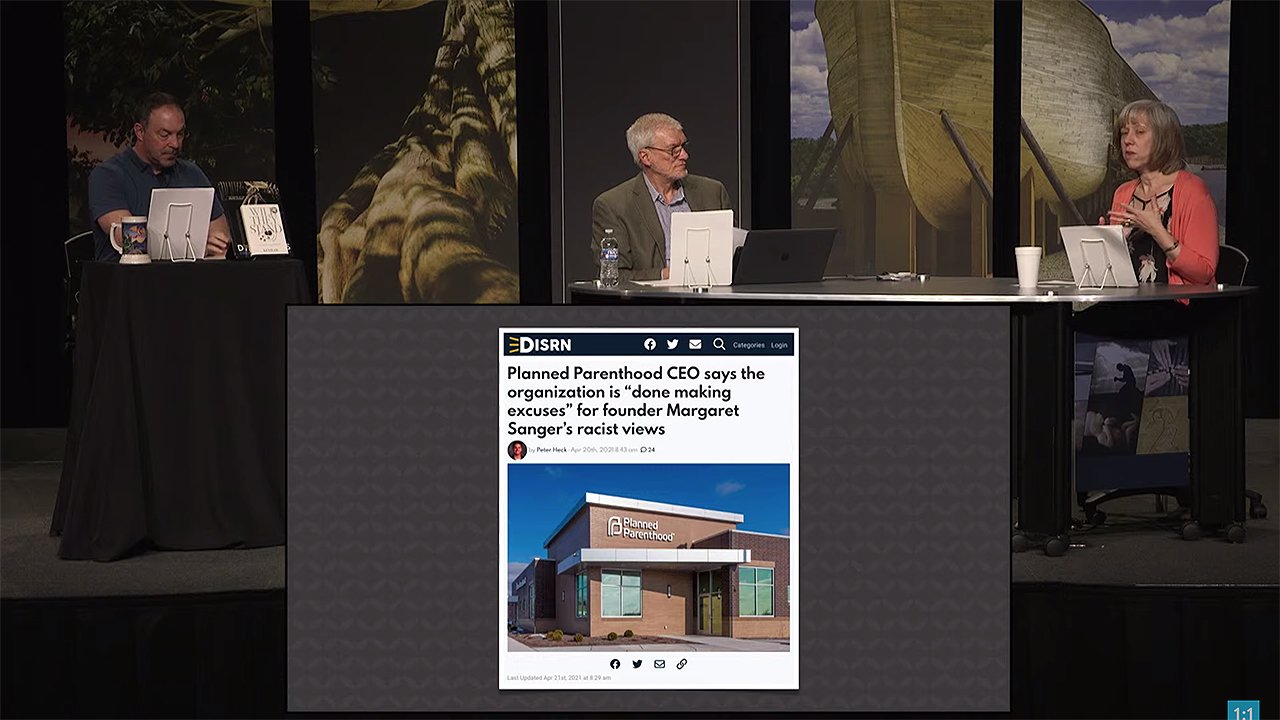 In a recent op-ed, the president and CEO of Planned Parenthood, the largest abortion mill (i.e., child-sacrificing machine) in America, said they’re “done making excuses” for their founder, Margaret Sanger. What would cause Planned Parenthood—an organization that murders millions of babies each year—to “cancel” their founder (a founder who has been much honored throughout the evil organization’s history)? Well, they’re finally grappling with the truth that Sanger was a racist, an avowed white supremacist, and a champion of “race”-based eugenics.

Now, I’m not going to get into all the shocking details of what this woman (heavily influenced by Charles Darwin) believed. We have several articles on our website that document it, and this video from Dr. Georgia Purdom does an excellent job explaining Sanger’s views and eugenics in general:

But it’s ironic that the same week the above item regarding Planned Parenthood “cancelling” Sanger ran, this headline was also featured in the news:

CDC reports 117,626 black children aborted in 1 year, more than a third of total abortions in U.S.

Those who are considered “black” (although there are no truly “black” or “white” people—we’re all different shades of brown) comprise about 14% of the US population—and yet over 30% of abortions are committed on “black” babies!

Those who are considered “black” (although there are no truly “black” or “white” people—we’re all different shades of brown) comprise about 14% of the US population—and yet over 30% of abortions are committed on “black” babies! (And, as the news item states, the number is actually likely higher!) The CDC report also shared that this segment of the population also has the highest abortion rate, with 335 abortions per 1,000 live births. And reportedly, “79% of [Planned Parenthood’s] surgical abortion facilities are located within walking distance of African American or Hispanic/Latino neighborhoods.”

So has Planned Parenthood really gotten away from their racist and eugenicist roots, as their “cancelling” of Sanger would suggest? Well, the numbers say no!

Racism is evil. Murder is evil. It’s all sin. Both need to end, and those who work at Planned Parenthood need to repent of their sin and trust in Christ for salvation.

“Righteousness exalts a nation, but sin is a reproach to any people.” (Proverbs 14:34)

I discussed this item today on Answers News with cohosts Dr. Georgia Purdom and Bodie Hodge. Answers News is our twice-weekly news program filmed here at the Creation Museum and broadcast on my Facebook page and the Answers in Genesis Facebook page. We also covered the following topics:

Watch the entire episode of Answers News for April 26, 2021.