To Be or Not to Be

Abortions could be funded under the massive health care plan recently passed by the U.S. Congress, the Congressional Research Service confirmed in a July 23 memorandum.

Abortion was a huge roadblock in the passage of the major health care “overhaul,” as conservatives fought to ensure that tax dollars would not be used to fund elective abortions. The bill gained enough votes in the divided House of Representatives because of an amendment—which was approved by an overwhelming majority—that banned funding of abortion.

That amendment was stripped from the final bill, however, and health care was passed into law on President Obama’s promise to sign an executive order banning abortion funding. That order apparently did not live up to the promise, however, because loopholes would still allow abortions. 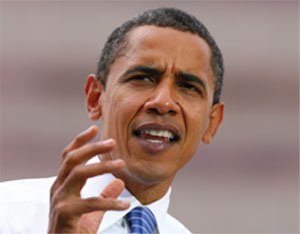 When the loopholes were brought to light, the White House announced temporary regulations that would close them but emphasized that the ban “is not a precedent for other programs or policies.” That approach leaves the future of restrictions in serious doubt.

In response, pro-life congressmen are supporting a new bill that would make this ban permanent. The bill would also set in stone numerous congressional amendments that currently must be reauthorized every year, such as a ban on U.S. funding of abortions in foreign lands.

Two Congressmen—Chris Smith, a Republican, and Dan Lipinski, a Democrat— drafted this bill, called the No Taxpayer Funding for Abortion Act.

Wendy Wright, president of Concerned Women for America, observes that “the Obama administration is trying to play both sides.” She is encouraged that this new bill, if passed, “will uphold current laws, making permanent what has been for too long temporary.”