In the days since the legal struggle over the Ark Encounter’s hiring practices began, media analysis has been riddled with erroneous claims about the US state of Kentucky’s tax incentive program. But an editorial from Bob Stewart, Secretary of the Kentucky Tourism, Arts and Heritage Cabinet, offered a surprisingly accurate description of the program. 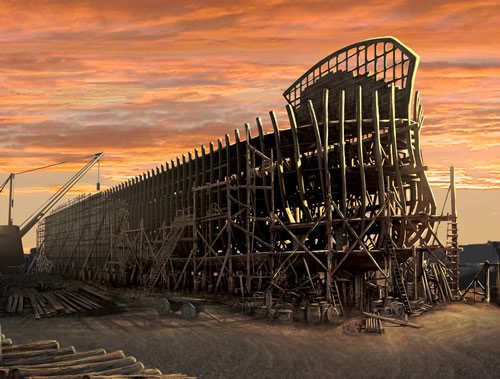 Stewart, who is responsible for the denial of the Ark Encounter’s application for the rebates, explains that a qualifying organization “only receives a portion of the sales taxes it generates once it’s built and open for business.”1 Importantly, Stewart makes no mention of viewpoint requirements for qualifying businesses; he writes that it’s a “performance-based incentive.”

Stewart opts not to comment specifically on the Ark Encounter’s application, claiming, “It has been clearly communicated why that application failed to win approval for the sales tax rebates that are provided by the Tourism Development Act.” Indeed, the leadership of Answers in Genesis believes it is very clear why its Ark Encounter’s application was rejected. Secretary Stewart preferred to restrict the religious organization’s free speech and preclude its right to exercise religious preference in hiring rather than deal with protests from vocal atheist opponents, all because the Ark Encounter wants to present a Bible-themed message and hire people of like faith.

Thankfully, as attorneys for the Ark Encounter point out, the religious liberty questions have already been answered decisively by the courts. This includes past rulings by the US Supreme Court and the US Court of Appeals for the Sixth Circuit.

In February, Answers in Genesis, the builder of the Ark Encounter, sued the state to preserve its religious freedom and receive the incentive available to all others who qualify. Meanwhile, secularist opponents continue to dismiss the laws and legal precedent that grant faith-based organizations the religious freedom to maintain their religious identity and limit hiring to people of similar faith.

Other religious organizations are watching the Ark Encounter case closely, wondering whose freedoms might be curtailed next.