Is the Purpose of Public Education “To Teach [Children] What Society Needs Them to Know”? 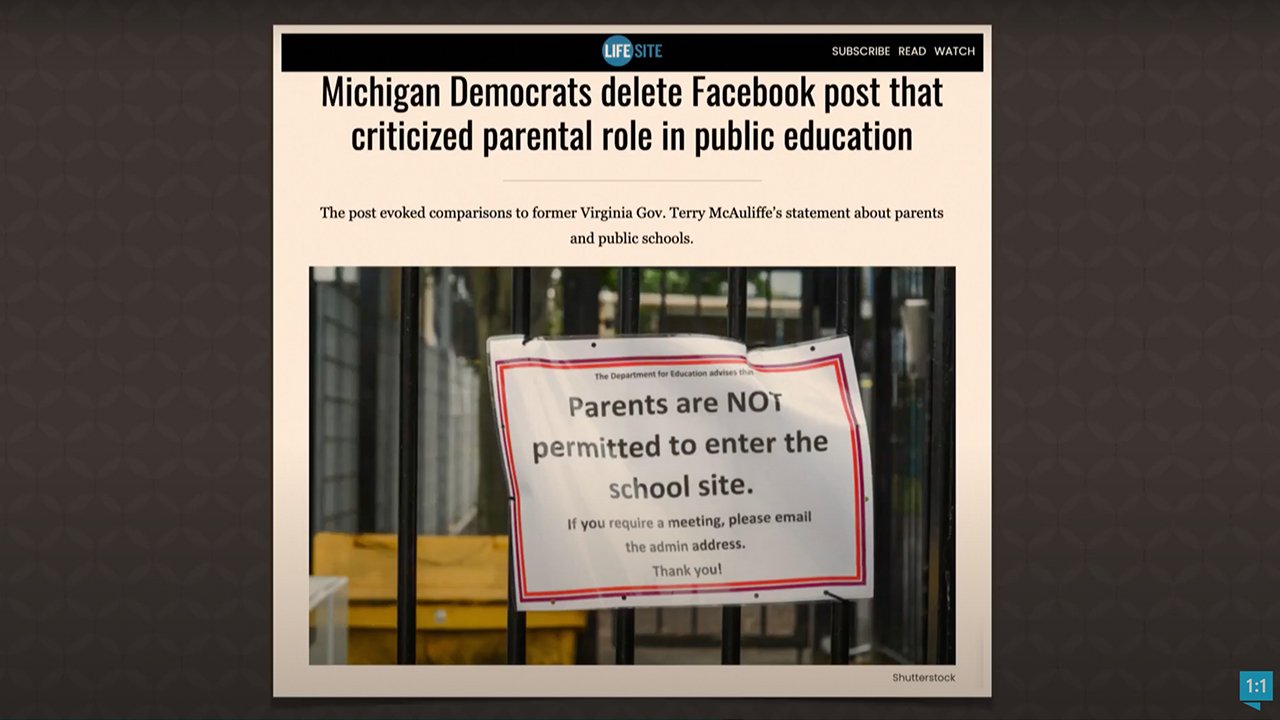 What is the purpose of public education? Well, some people might think it’s to teach children how to read, write, do math, know history, and understand the basics of science. Many believe education is a neutral endeavor of merely teaching children what they need to know. But that’s a myth! There is no neutrality (Matthew 12:30).

And many of those teaching and working in the public education system know there is no neutrality and are actively and consciously working to teach children their worldview (which really is the religion of the state—the religion of naturalism). And we’re increasingly seeing those in education or politicians making legislative decisions, believing it’s the duty of the state—not of the parents—to teach children and control what they are learning. Consider a recent example in a since-deleted tweet from the Michigan Democratic Party:

Not sure where this ‘parents-should-control-what-is-taught-in-school-because-they-are-our-kids’ is originating, but parents do have the option to send their kids to a hand-selected private school at their own expense if this is what they desire.

So, according to this tweet, parents’ opinions on their children’s education shouldn’t matter because schools serve the community and “teach [kids] what society needs them to know.” Really, what they mean is children don’t belong to their parents—they belong to the government and the government has a right to teach them their religion (which is the religion of atheism/naturalism). That in itself is a religious statement and reflects the increasing secularization of our culture.

And such a view of parents is not what God’s Word teaches! In the biblical view, children are a gift to their parents from God for those parents to raise in the knowledge of the Lord. The family is the first and most fundamental institution God created. Consider these Scriptures:

Behold, children are a heritage from the Lord, the fruit of the womb a reward. Like arrows in the hand of a warrior are the children of one's youth. Blessed is the man who fills his quiver with them! (Psalm 127:3–5)

My son, keep your father's commandment, and forsake not your mother's teaching. (Proverbs 6:20)

Children, obey your parents in everything, for this pleases the Lord. (Colossians 3:20)

Fathers, do not provoke your children to anger, but bring them up in the discipline and instruction of the Lord. (Ephesians 6:4)

Our culture’s drift from a biblical worldview has massive, real-world consequences. And one of those is the growing view that children belong to the government and parents are just “in the way” of raising little secularists who will grow up to support the prevailing religion of the day. How long before this thinking becomes legislature?

Having a biblical worldview matters!

This item was discussed today on Answers News with cohosts Roger Patterson, Rob Webb, and Bodie Hodge. Answers News is our twice-weekly news program filmed live before a studio audience and broadcast on my Facebook page and the Answers in Genesis Facebook page. We also covered the following topics:

Watch the entire episode of Answers News for January 31, 2022.