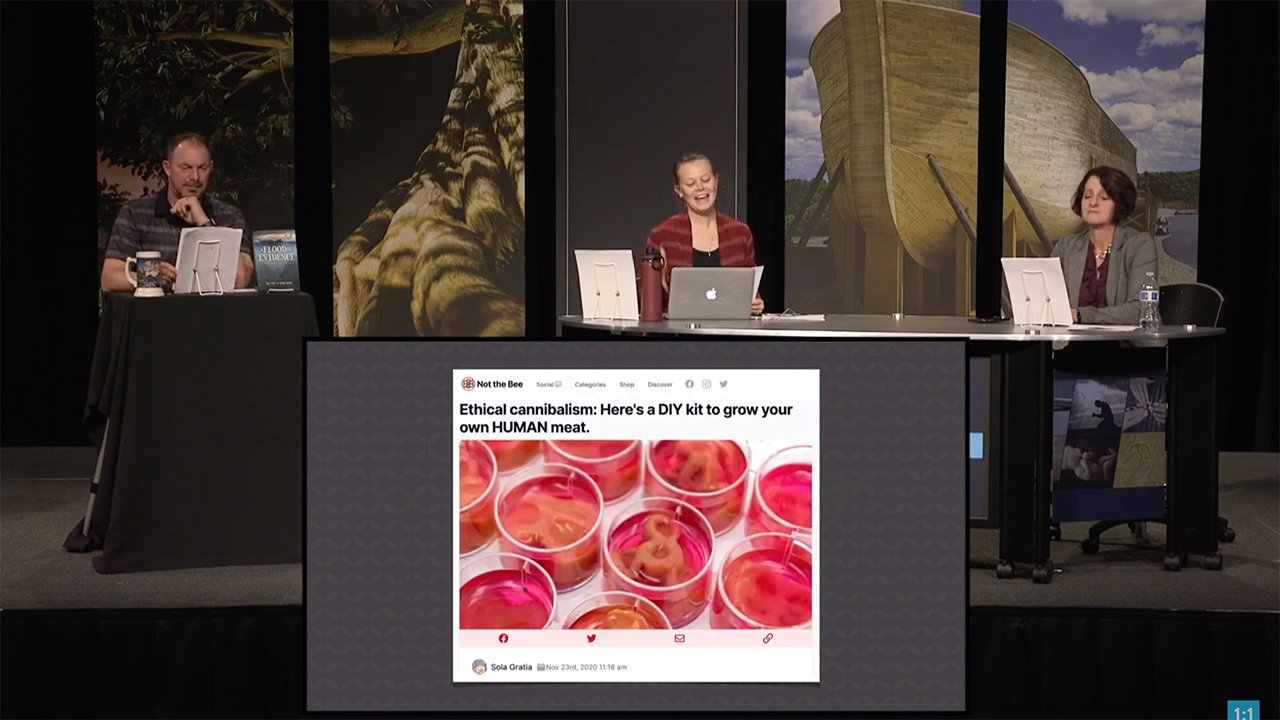 This is not something I would have thought I would ever be writing about on my blog, but, well, this is in the world we now live in—a world where real people actually float the idea of eating yourself (which they argue isn’t technically cannibalism), instead of eating animals such as cows.

A group of researchers has developed the concept for a “grow-your-own-steak kit” where you grow “steak” . . . from your own cheek cells and expired blood from a blood bank.

A group of researchers has developed the concept for a “grow-your-own-steak kit” where you grow “steak” . . . from your own cheek cells and expired blood from a blood bank. This concept was developed “to question the ethics of the cultured meat industry.” Here’s the so-called “ethical” problem of lab-grown steaks (which are projected to be big money in the future): these steaks still require animal by-products (specifically blood from fetal cows), and therefore these researchers see the production of such products as unethical.

Now, originally mankind and the animals were created vegetarian (Genesis 1:29). But after the fall, death entered creation, and after the global flood, God clearly told us (see Genesis 9:3 below) that man could have animals for food. But we were not given humans, or ourselves, as food: just a few verses later, God instituted the death penalty for those who take the life of another human, made in God’s image. So clearly humans aren’t included in the “everything” God gave us to eat. And even though there are instances of humans eating human flesh recorded in the Bible, they are always in the context of man’s rebellion and God’s judgment.

Every moving thing that lives shall be food for you. And as I gave you the green plants, I give you everything. (Genesis 9:3)

This concept of a “human steak kit” devalues human life to the level of just an animal. But we are not just animals—we are uniquely made in the image of God. We must champion the uniqueness and value of every human life and stand against those who would seek to devalue it.

Now while we don’t know the views of these specific researchers, it’s sad there are people who are deeply concerned about protecting animals and yet who totally support the cruel murder of millions of children in their mothers’ wombs (abortion). It’s a great and heartbreaking irony in our culture where animals are lifted above the value of human life. But it’s not surprising given that people are taught that humans are in the animal kingdom along with all the other animals and that they’re no different—all just a product of evolutionary naturalism.

What is happening today makes me think of what God said at the time of the rebellion at the Tower of Babel: “And the LORD said, ‘Behold, they are one people, and they have all one language, and this is only the beginning of what they will do. And nothing that they propose to do will now be impossible for them’” (Genesis 11:6). Yes, man’s heart is evil and will result in no end of evil fruit!

This item in the news was discussed today on Answers News with cohosts Avery Foley, Dr. Jennifer Rivera, and Bodie Hodge. Answers News is our weekly news program filmed live before a studio audience here at the Creation Museum and broadcast on my Facebook page and the Answers in Genesis Facebook page. We also covered the following topics:

Watch the entire episode of Answers News for November 30, 2020.