Are Biblical Moral Standards “A Myth”?

New Canadian law outlaws so-called “conversion therapy” and sexual morality based on God’s Word, a setup for persecuting Christians in the future. 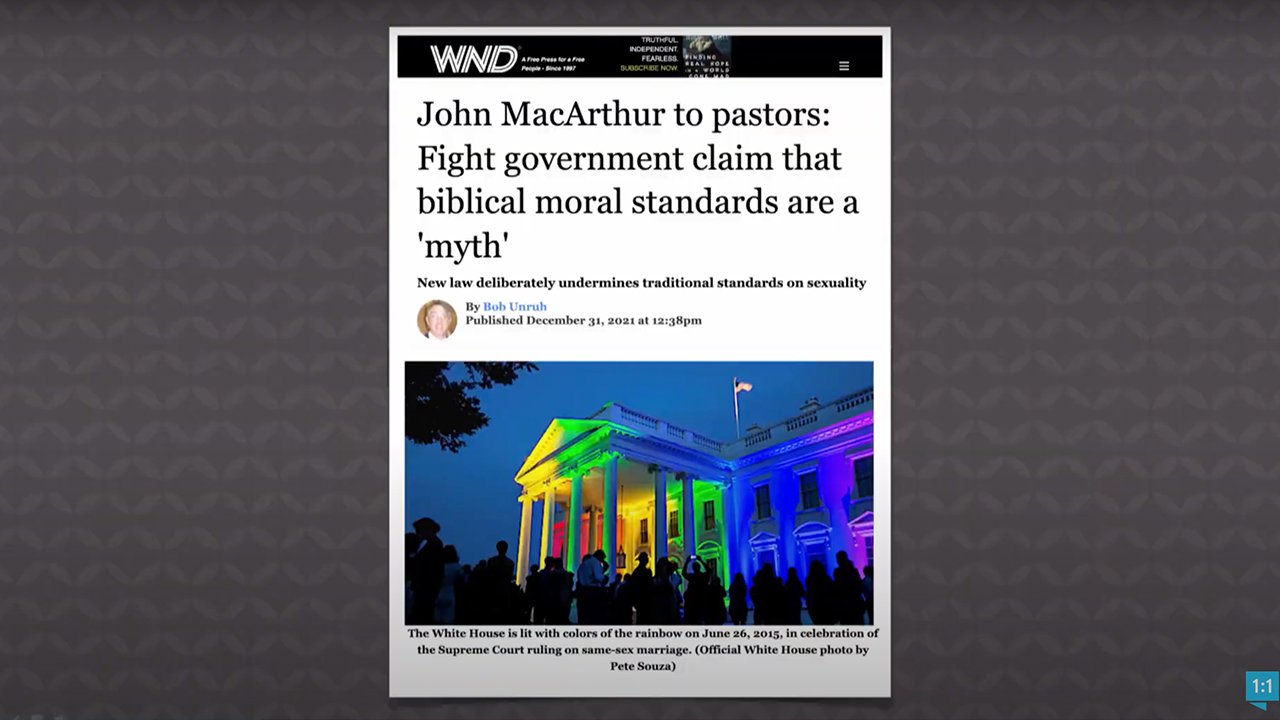 We’re increasingly seeing legislation pass in some countries that will almost certainly be used against Christians who stand on God’s Word. And there’s yet another example of such legislation, this time out of Canada, which has just banned so-called “conversion therapy” in a new bill, Bill C-4. Will this vaguely worded bill be used against Christians? It’s almost certain.

Reportedly the preamble for this bill states that “heterosexuality, cisgender gender identity and gender expression that conforms to the sex assigned to a person at birth are to be preferred over other sexual orientations, gender identities and gender expressions” is a “myth.” In other words, the biblical teaching and moral ethic that God created marriage to be between one man and one woman (Genesis 2:24), that he created us male and female (Genesis 1:27), as confirmed by science, and that this is right and good is a “myth.” And, more than that, counseling others or sharing that truth with them in a conversation may now be illegal in Canada as “conversion therapy” (which is not really defined in the bill) and is now part of Canada’s criminal code. How long before they just outlaw the Bible outright?

Well, we should do what some pastors across Canada and the United States did yesterday—preach the biblical truth of sexuality and marriage from God’s Word.

So, what should Christians do in the face of such a bill? Well, we should do what some pastors across Canada and the United States did yesterday—preach the biblical truth of sexuality and marriage from God’s Word. To protest this bill, and show that the church is subject to Christ, not man, pastors in Canada urged other pastors to preach sermons yesterday on the Bible’s teaching on marriage and sexuality, and US pastors also joined in. Praise the Lord for Christian leaders who are unashamed of the Word of God and refuse to be silent regarding what it teaches.

I pray that believers across the West, as persecution looms, will resolve now to stand for Christ, no matter the cost, continuing to lovingly declare his truth and the gospel message in a dark and dying world.

This item was discussed today on Answers News with cohosts Tim Chaffey, Bodie Hodge, and Rob Webb. Answers News is our twice-weekly news program filmed live before a studio audience and broadcast on my Facebook page and the Answers in Genesis Facebook page. We also covered the following topics:

Watch the entire episode of Answers News for January 17, 2022.