The April–June Answers is almost here, and it is one of our best ever! In this issue, qualified experts take on a variety of exciting topics, including one of the most mysterious and fascinating periods of earth’s history—the Ice Age.

Although the Bible doesn’t mention the Ice Age by name, it does give some tantalizing hints about that time. You’ll see that creation scientists have discovered a surprising amount by connecting observational science with the accurate history recorded in the Old Testament.

When Was the Ice Age in Biblical History?

Analysis of the remains of thousands of early human settlements all over the world, as well as excavations of the earliest cities, paints a picture of a single, short Ice Age that began a few generations after Noah’s Flood. Mike Matthews, along with Answers in Genesis director of research Andrew Snelling, shows that the sudden appearance of human settlements all over the ancient world lines up beautifully with the biblical account of the dispersion from Babel. (by Andrew Snelling and Mike Matthews) 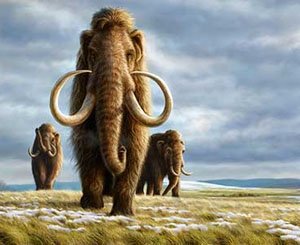 What Started the Ice Age?

Old-earth scientists claim that the Ice Age was actually a series of ice ages occurring every 100,000 years. But they can’t identify a viable mechanism that would produce enough ice even once, let alone 28 times. Distinguished meteorologist Larry Vardiman shows how the Bible, on the other hand, provides an explanation that is a robust, verifiable model, validated by scientific data. (by Larry Vardiman)

Why Were the Animals So Big?

One reason people are fascinated by the Ice Age has to be the strange animals that lived then. The woolly mammoth, giant ground sloths, giant beavers, giant armadillos, giant . . . why were Ice Age animals so big? Leading creation paleontologist Marcus Ross gives an answer that will intrigue you, and it also helps explain how Noah was able to carry and care for so many animals on the Ark! (by Marcus Ross)

In addition to the main features on the Ice Age, you’ll read over 20 other faith-building articles on a variety of topics that will excite you with God’s wisdom and the clarity of His Word.

God gave us His account of creation, the Fall, and early history for a purpose. But what was it—a well-told myth, a sly story with a theological twist, or true history that demolishes all alternatives? Dr. Abner Chou, associate professor of biblical languages and biblical theology at The Master’s College, demonstrates that the contrast between Ancient Near Eastern myths and Scripture leaves us with no doubts. (by Abner Chou) 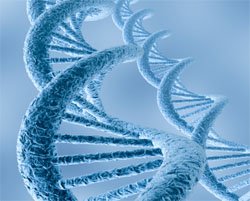 You’ve heard that your physical makeup is determined by your genes, not your environment. But is that true? Geneticist Georgia Purdom tells how, by revealing that organisms are preprogrammed to adapt to environmental challenges, the study of epigenetics is forcing scientists to rethink their assumptions about the mindless, trial-and-error process of evolution. (by Georgia Purdom)

Ecologist Tom Hennigan details another example of God’s forethought, which turned up recently in the Amazon rainforest. Researchers isolated a fungus there that can break down manmade plastics. Like oil-eating bacteria, the existence of this fungus implies that our Creator prepared the biological resources we would need to help correct our mistakes as we fulfill His command to “subdue the earth.” (by Tom Hennigan) 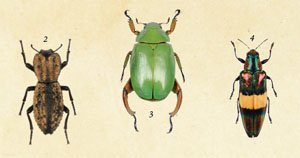 Entomologist Gordon Wilson introduces readers to one of the Creator’s most versatile designs. Comprising nearly 350,000 species, beetles are the most diverse type of creature on earth. With the lowly beetle, our all-wise God showed how He can take one basic design and create a seemingly infinite variety of forms to accomplish innumerable tasks on land, air, or water. (by Gordon Wilson)

How Did We Get All This Coal?

Even in judgment, God provided for future generations. Much of the world depends on the coal produced by Noah’s Flood. But the sheer quantity of the world’s coal reserves raises a question for creationists—were enough plants alive at the same time to produce so much coal so quickly? Leading creation geologist Dr. Andrew Snelling shows how such huge reserves were possible and gives a compelling picture of a pre-Flood world that was lush almost beyond imagination!

There’s lots more that you won’t want to miss, including a much-needed Christian view of same-sex marriage and civil rights by Dr. Al Mohler, president of The Southern Baptist Theological Seminary, a mindless mold that is helping engineers design transportation networks, an essential principle of accurate Bible interpretation, inspiring creation outreaches, science and culture news, and, of course, the Kids Answers mini-magazine section, which teaches about the Ice Age and features a beautifully illustrated poster of some favorite and some lesser-known Ice Age giants.

Subscribers also get access to exclusives online, including video clips and free downloadable audio versions of many articles. If you want to be ready to defend the truth and authority of Scripture, subscribe now to Answers magazine (or renew your subscription) and get ready for a year or more of award-winning, information-packed issues. If you already subscribe, please consider giving a gift subscription to your pastor, a relative, or a missionary family. Show them that the Bible is true!