A world-class museum exhibit opened May 24 at the Creation Museum.

Rachel’s Rant on MSNBC Against Answers in Genesis

MSNBC’s Rachel Maddow went on a rant last night against the Creation Museum, the Ark Encounter, and creationists in general. So what caused Rachel to spend nearly ten minutes on television scoffing, mocking, and spreading misinformation about Answers in Genesis? 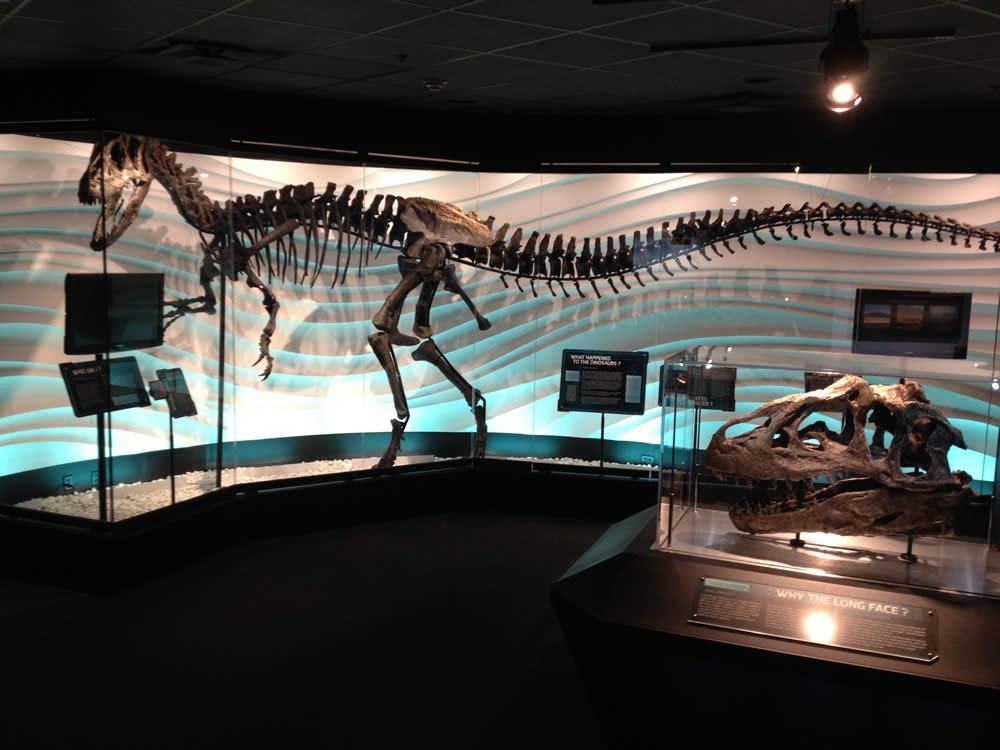 Make sure you plan to visit the Creation Museum and see the $1.5 million dollar exhibit featuring the world-class Allosaurus—it really is spectacular.

When we opened our new, first-class Allosaurus exhibit last weekend at the Creation Museum, I knew Ebenezer (the name given to this world-class fossil valued at $1 million) would catch the media’s attention. But this media member has gone too far in her wild claims and sarcasm about our ministry. On MSNBC’s Rachel Maddow Show on cable TV last night, the host mocked our Creation Museum and its new allosaur exhibit, and, sadly, repeated a false claim from the secular media about our Ark Encounter that we’ve had to correct over and over again. (You can watch the segment from MSNBC below.)

Since I’m at an all-day retreat today, I only have time to make a few comments here, though there is so much I could write about Maddow’s charges and snide tone when it comes to biblical Christianity. Indeed, this isn’t the first time she has acted so incensed about AiG and the Ark Encounter. She is obviously upset and angry, but, in reality, she is angry at God. I suspect there is much more behind her anti-creationist outburst.

First—and I don’t know how many times we’ve had to correct the urban myth that is being spread by the secular media and bloggers—no Kentucky taxpayer money is being used to “build” (her word) the Ark Encounter. It’s a lie that won’t die, and the journalists at MSNBC should know better. You can read our detailed response to this false claim here. Actually, I wouldn’t be surprised at all if the researchers at MSNBC know the truth, but we have found over and over again that the secular media continue to disseminate untruths when it suits their agenda—even if they know the reality of the situation. This has certainly been true in regard to the untruths being spread by the secular media about the Kentucky tourism tax incentive.

Or perhaps, Maddow and her producers did not do their research at all and relied on second-hand, false reporting (which is usually how these urban myths spread through the culture). Taxpayers in Kentucky, contrary to what was stated by Maddow, will not see their money used to build or operate the Ark Encounter. No money will be taken out of the state’s budget to fund the Ark. Now, if the Ark meets attendance goals and tourism dollars flow into the state, we will receive rebates on sales taxes paid by visitors to the Ark Encounter. At the end of an operating year, the money going back to the attraction will be from those who chose to visit; no unwilling taxpayer will subsidize the Ark. (Thus, there is no establishment of religion.) And nobody is being forced to visit the Ark and hear about the history of the earth according to the Bible, including its account of the Ark. It is not “a public policy problem” as Maddow contends early in the segment. In fact, the Ark Encounter will be a boon for the state as money will pour in from various taxes, increased tourism, etc.

Are Dinosaurs Really “Awkward” for Creationists?

Maddow also indicated that dinosaur fossils were “awkward” and “confounding” for creationists. On the contrary, we’ve used dinosaurs throughout our Creation Museum. In fact, they are one of our major teaching resources as we give our visitors a walk through the Bible inside the museum. We even have a topic page on our website dedicated to explaining the fossil record from the biblical creation perspective. And we have a superb fossil collection on display in various parts of the museum, including spectacular fossil dinosaur eggs.

Furthermore creationists have been talking about the fossil record for decades. I recall the wonderful book published in 1973 by Dr. Duane Gish, Evolution: The Fossils Say No! Creationists have used the fossil record in many ways to counter the evolutionary teaching so prevalent in public schools, the media, and secular museums. Fossils are not “awkward” for creationists at all! But they are “awkward” for evolutionists, since they just cannot fit their belief to the massive fossil layers that were laid down catastrophically all over the earth, and they can’t explain why (despite their spurious claims to the contrary) they don’t find any actual evolutionary transitional forms.

But Maddow doesn’t actually seem interested in explanations or research. No, she just makes wild and unfounded claims about Answers in Genesis and biblical creationists in general. She even takes swipes at other Christian ministries and organizations in her bid to discredit the Ark Encounter project and the message of biblical creation. In one part of her rant, she uses a sleazy tabloid approach in her attempts to bring disrepute to creationists.

I encourage you, if you want to know what’s really happening with the Ark Encounter, to visit ArkEncounter.com. And if you want to find out what AiG actually teaches about the fossil record or the history of the earth, visit AnswersInGenesis.org/answers.

Watch “Rachel’s Rant” against creationists, the Creation Museum, and Ark Encounter below: