Have you ever seen this “existence of God vs. existence of Spider-Man” image floating around on blogs and the internet? 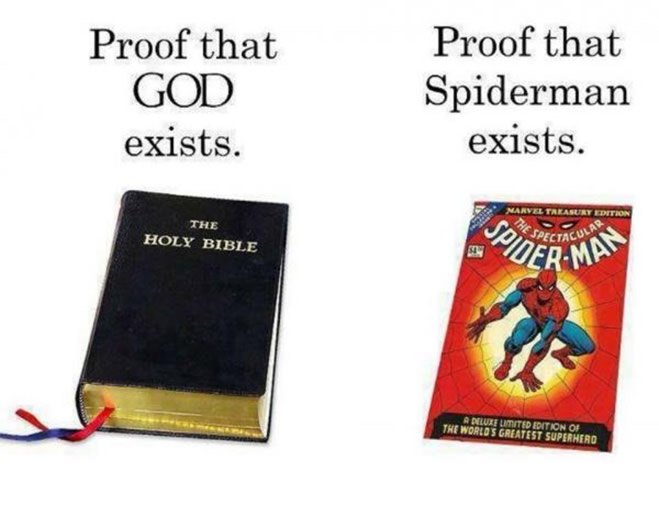 Whether Christian or atheist, you can’t help but laugh at this. Of course, we laugh for different reasons. But who is thinking about this correctly?

The atheist looks at this and says, “Ha! There is no God, otherwise you Christians must admit Spider-Man exists (which is clearly ludicrous) because of this ‘equal and opposite’ book that has Spider-Man in it!” But is this really a good argument?

Often a Christian will look at this and laugh for an entirely different reason: this analogy is a poor one. It is like two people arguing over which of the cars below would win a race, thinking they are evenly matched: 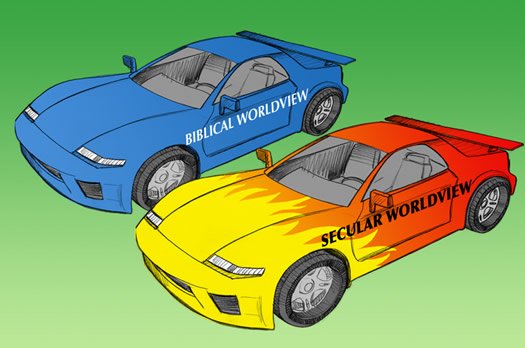 But when we open up the hoods of both cars we find that one works to explain the world and one doesn’t. 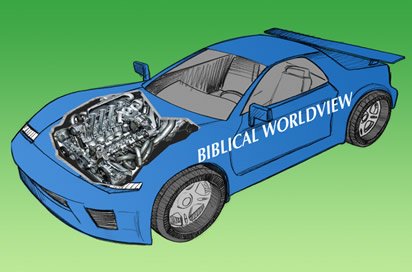 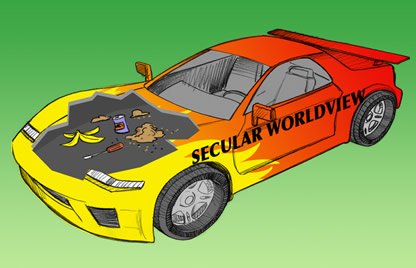 When you open up the Spider-Man comic it simply doesn’t explain the world. It is not even in a position to do so. It is full of contradictions both internally and with reality (e.g., that mutations will make you better and certain spider bites can give you superpowers). Spider-Man is about as believable as a real-life event as the evolutionary story.

The Spider-Man comic was not given by an inerrant Spider-Man who influenced author Stan Lee to write the “inspired” text of the Spider-Man comic which was to be held without error. This causes great problems for things like epistemology (i.e., the theory of knowledge). Spider-Man cannot explain origins or why mankind is in a position to be able to think logically, do science, or have a consistent morality.

When it comes down to it, this image is merely a false analogy, a logical fallacy that tries to equate a Spider-Man comic with the Bible. The Bible is epistemologically correct, explains why science is possible, gives a consistent basis for morality, logic, and truth, and is without contradictions both internally and with reality. The image attempts both to demote the Bible which is from God to merely the status of any humanly authored book and elevate man’s word to be equal with God’s Word.

In other words, they are erroneously asking you to trust that man is equal to God to make the analogy work. I don’t have that kind of blind faith in man and his arbitrary opinions to put him on par with God. I find it laughable that people actually think this is a good argument against the God of the Bible. So we can all laugh at the image, but for different reasons.

If you are an atheist, I want to encourage you to actually think about the hopelessness of your religion and consider the claims of God. Atheism, which presuposes the idea that the universe consists only of matter and energy (materialism/naturalism), cannot account for immaterial things like truth, good, bad, logic, knowledge, and so on to actually exist. If you claim to be an atheist, and yet believe logic, knowledge, truth, and morality exist, then you are not an atheist, you are a dualist. Allow me to explain dualism briefly—don’t let the technical terminology frighten you!

The dualist (i.e., secular dualism) is the idea that matter exists, but there is also an “ideal” realm that exists, too, but with no god involved. And this ideal realm is more perfect and informs this material world. So dualists acknowledge that matter exists and also recognizes absolute logic, absolute concepts, and absolute truth. But they don’t have any means whereby that immaterial realm informs the material world like Christians do with God, who is Spirit, who created and upholds the world and interacts with His creation.

As for dualists, they are stuck with the same problem that Plato—still the world’s leading dualist—had when he was refuted by his prized student Aristotle on how the immaterial realm informs the material world in a secularist viewpoint. Without a God—like the God of the Bible—as a basis for interacting with the material world, then the explanation is merely left to arbitrary stories. Plato knew this!

Whether atheist or dualist, you will have to answer to God (Ecclesiastes 12:7; Hebrews 9:27) and you are essentially in a lull of God’s grace in which you have opportunity to repent (2 Peter 3:9). I suggest you stop suppressing your knowledge of God’s existence (Romans 1:18–32) and recognize that judgment is coming for you. We will all die one day and that is part of the judgment for sin (Genesis 2:17; Romans 5:12). You cannot escape death, you cannot hide from God, and you will give an account for everything, especially your sin. God will judge you righteously.

He already knows all that you’ve done. Why not ask for forgiveness now before it is too late? God has made a way of escape of what the Bible’s calls “second death” and the punishment we all deserve for sinning against God for all eternity in hell. If you want to know more see here.