Study: Neanderthals Could Swim and Dive 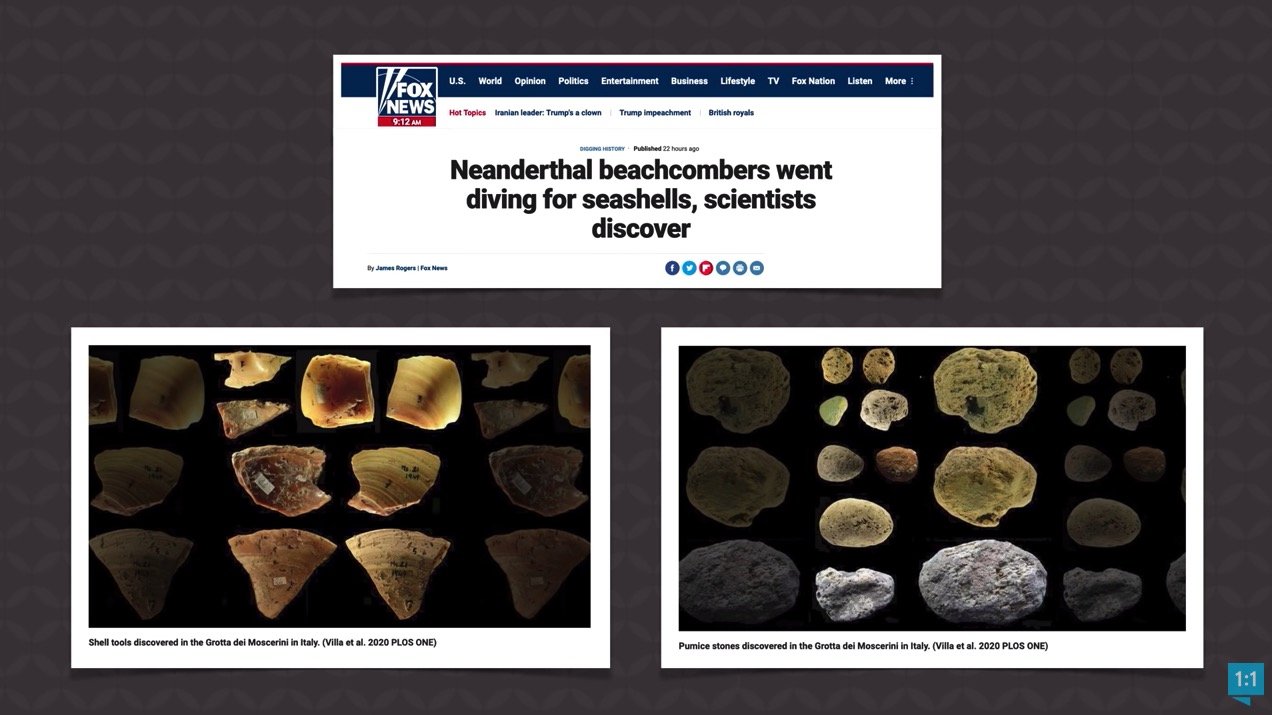 When you first learned about Neanderthals, you were probably told they were less-than-intelligent brutes who lived a primitive lifestyle a long time ago. I was told that when I went to high school and university. That’s how they’re still depicted in many museums, textbooks, and in the popular imagination. But that story simply doesn’t match with what we now know about Neanderthals. And that was confirmed yet again in a recent study of seashells.

Scientists recently examined shells they associate with Neanderthals, discovered in a beachside cave in Italy back in 1949. These shells had been modified to serve as tools, something that has been known for a long time. But a closer look at some of the shell tools, particularly how rough or smooth the edges and faces were, revealed that Neanderthals appear to have grabbed some of them from off the beach, but others required they dive six to thirteen feet to harvest the living organism from the ocean floor.

The lead author of the study says,

People are beginning to understand that Neanderthals didn’t just hunt large mammals . . . .They also did things like freshwater fishing and even skin diving.

eanderthals are humans, just like us, made in God’s image (Genesis 1:27), descendants of Adam and Eve.

The picture of Neanderthals keeps changing as more and more evidence confirms that they were intelligent and capable of taking advantage of the resources around them, just as modern man is. That is exactly what was expected from a biblical worldview. Neanderthals are humans, just like us, made in God’s image (Genesis 1:27), descendants of Adam and Eve. Far from being mysterious human cousins, they are descendants of Noah’s family, who lived in the harsh world after the flood. And, apparently, some of them enjoyed shellfish!

This item was discussed on Monday on Answers News with cohosts Avery Foley, Bodie Hodge, and Dr. Gabriela Haynes. Answers News is our weekly news program filmed live before a studio audience here at the Creation Museum and broadcast on my Facebook page and the Answers in Genesis Facebook page. We also covered the following topics: