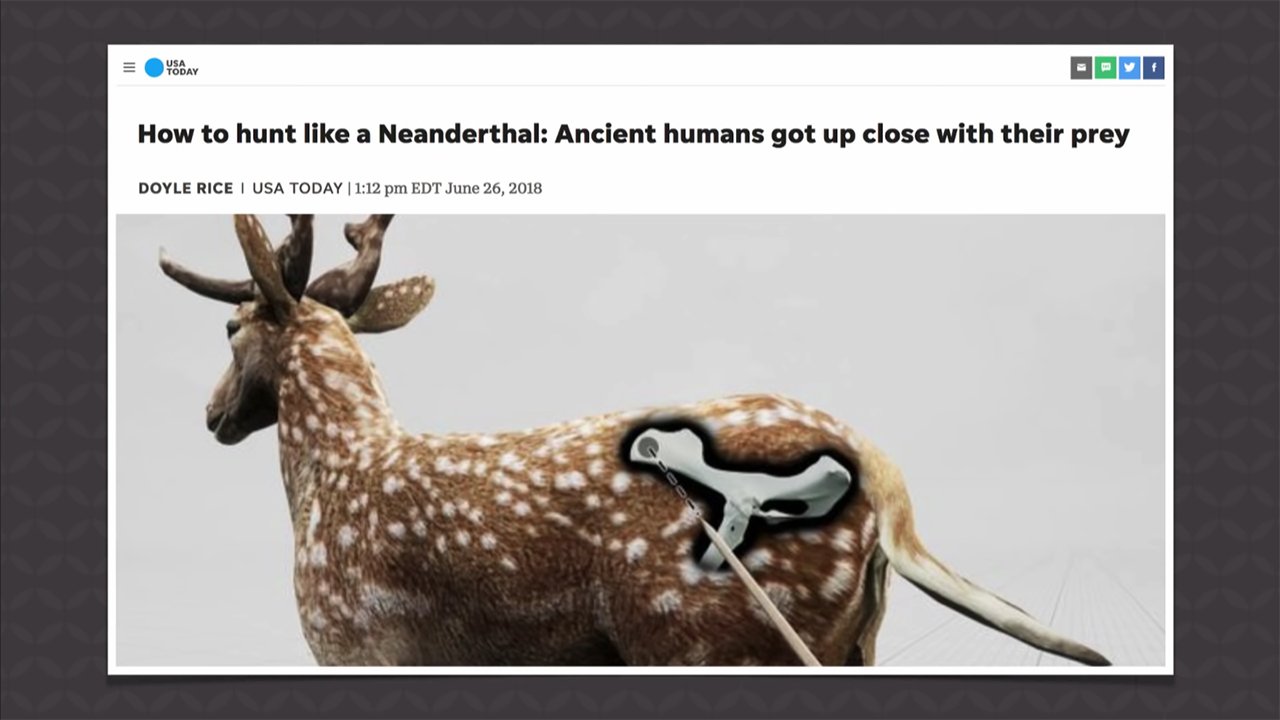 If someone dropped you off in an inhospitable environment, would you be able to survive using only what you could find around you? Well, if you have a basic knowledge of wilderness survival and what is safe to eat (and what’s not), you might be able to. But what you leave behind is going to look “primitive” by modern standards. Does this mean you aren’t intelligent? Of course not! It simply means you had to survive with what you had. And this is true for our relatives, Neanderthals. Yes, they were our relatives, but not in the way evolutionists believe!

A new study demonstrates that Neanderthals (once considered to be dull-witted, brutish, and ape-like creatures) used “advanced hunting techniques to stalk and kill their prey,” including group ambush, which allowed them to get close to their prey and ensure a kill for the family or village to eat. Such a hunting technique required careful planning and cooperation between members of the hunting party.

The article admits that Neanderthals were “not the brainless brutes of our imagination” and goes on to describe their clever hunting techniques. You see, in popular thinking, Neanderthals were nothing more than unintelligent cavemen. But it’s time for the outdated evolutionary perception of these people to die. The evidence clearly demonstrates biblical truth: humans have always been humans, and Neanderthals display the intelligence we’d expect from fellow humans.

Neanderthals wore jewelry and makeup, made instruments, arranged their caves into rooms, buried their dead with rituals, and exhibited many other uniquely human characteristics. They also had children with so-called modern humans. Neanderthals were a human variety, descended from Adam and Eve, through Noah and his sons, and eventually died out.

This people group lived during the ice age, a difficult time that followed the flood.

This people group lived during the ice age, a difficult time that followed the flood. Their world was thrust into cold, snow, and ice for much of the year. They had to survive in this harsh world with what they could find: shelter in caves, tools and instruments from bone, and weapons from stones and wood. This may seem primitive to our modern mindset, but it is really just the hallmark of a people trying to survive under harsh, inhospitable conditions.

I discussed this item on Answers News today with regular cohost Bodie Hodge and guest Bryan Osborne, AiG’s curriculum specialist. Answers News is our twice-weekly news program filmed live before a studio audience here at the Creation Museum and broadcast on my Facebook page and the Answers in Genesis Facebook page. We also discussed the following intriguing topics: