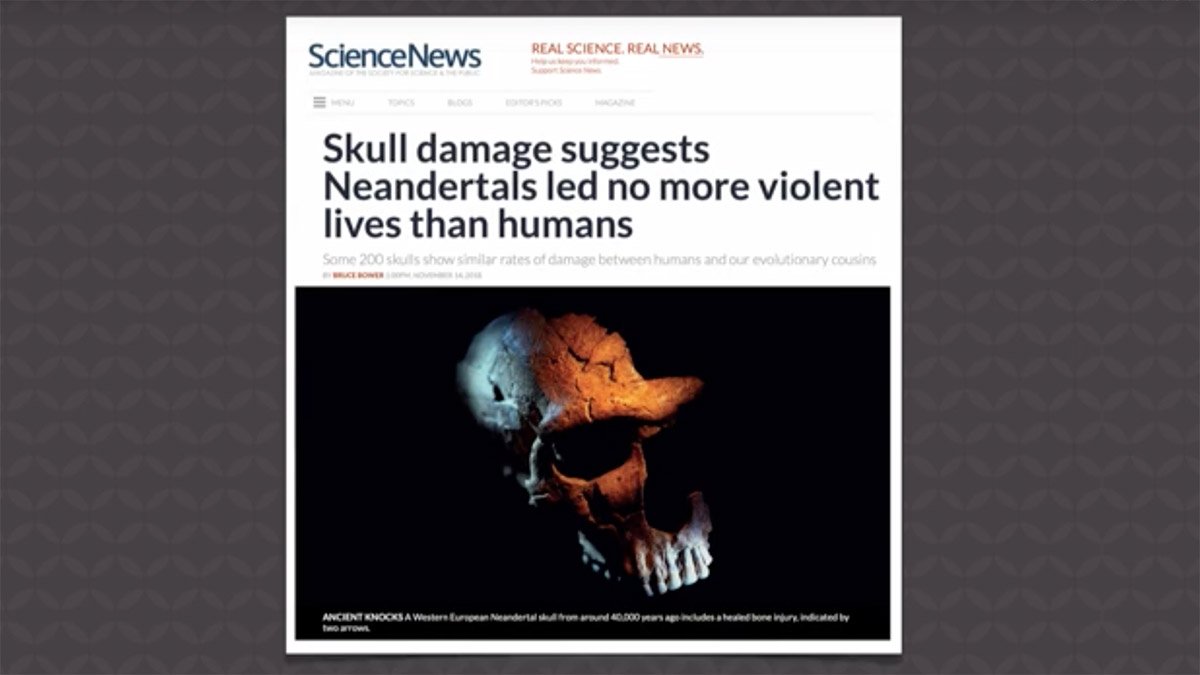 Neanderthals have long been considered our evolutionary cousins and are usually portrayed as brutish and uncivilized as shown in some kids’ TV programs. But this view has consistently been shown to be wrong. We now know Neanderthals wore jewelry and makeup, made instruments and tools, and more. Of course, this is exactly what we’d expect starting with God’s Word, which teaches humans are all one race. Neanderthals simply reflect the incredibly variety within humans. And with yet another study, another evolutionary idea about Neanderthals bites the dust.

The article starts with, “Neanderthals are shaking off their reputation as head bangers.” Due to many Neanderthal fossils with head injuries, evolutionary scientists have long believed Neanderthals lived very dangerous lives and were frequently injured due to fights, cave bear attacks, and hunting accidents.

But this new study shows that other humans living at the same time had a similar number of head injuries. Therefore, it appears their lives were no more violent than the lives of what they call early modern Europeans (peoples who lived after Babel, just like Neanderthals). After all, human nature has always been the same—permeated by sin!

Neanderthals were not backwards brutes that were less evolved than us.

Contrary to popular opinion, Neanderthals were not backwards brutes that were less evolved than us. They were fully human, made in the image of God. Time and time again, what we observe in the world confirms what we expect starting with God’s Word.

I discussed this today on Answers News with regular cohost Bodie Hodge, along with frequent guest curriculum specialist Bryan Osborne. Answers News is our twice-weekly news program filmed live before a studio audience here at the Creation Museum and broadcast on my Facebook page and the Answers in Genesis Facebook page. We also discussed the following topics:

Watch the entire episode of Answers News for November 29, 2018.