What If No One Had an Appendix?

The appendix, a safe house for good bacteria, is not a useless evolutionary leftover, but shows God’s careful design in humans. 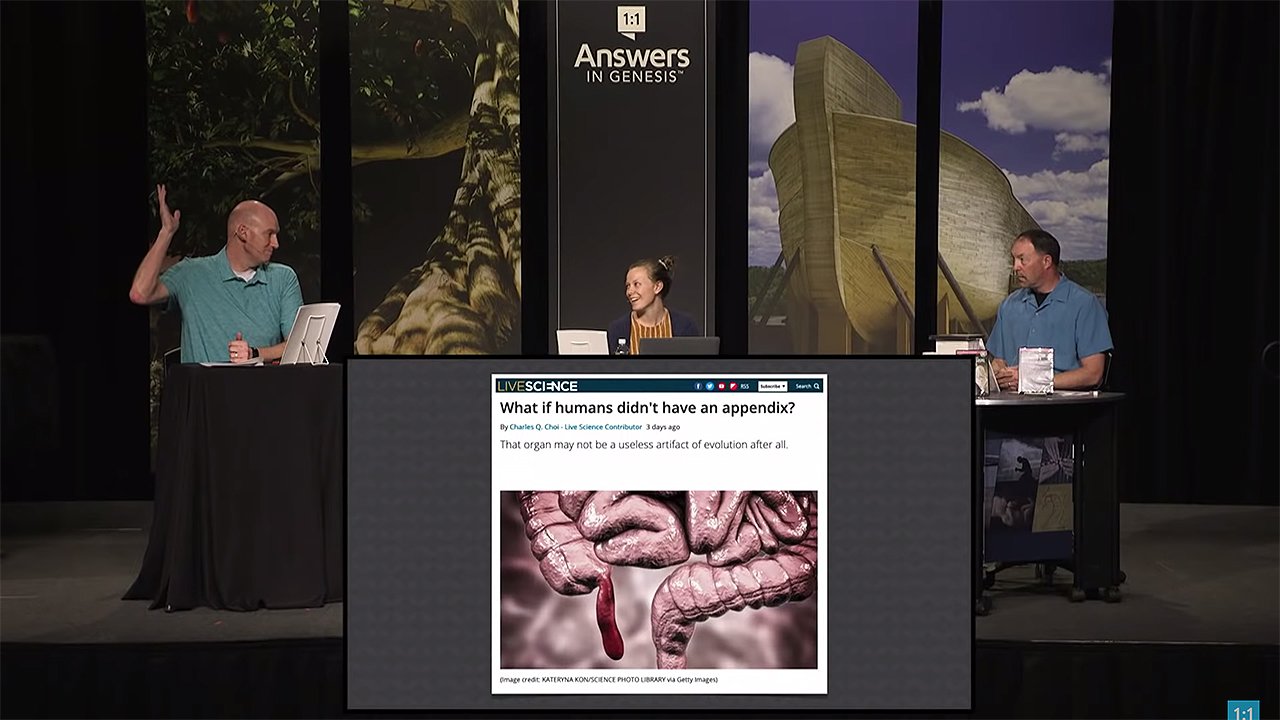 The appendix—“a useless artifact of evolution”? We’ve heard that old, debunked claim over and over (and over!) again. I was taught this false claim when I went to university in the 1970s. Well, a recent article contained a thought experiment about what life might be like if this organ had never “evolved”—and they concluded that “you'd see a lot more people dying of infectious diseases than they would otherwise.” Why?

Well, because the appendix is far from a useless vestige of our imaginary evolutionary ancestry! While, of course, you can live without it, it’s a very useful organ with a good purpose. Your gut is populated with a variety of very necessary bacteria. When you get sick, those populations can be wiped out. Well, the appendix serves as a “safe house” for good bacteria. As you recover from illness, those bacteria can travel to the gut and replace the ones that were wiped out. The appendix may also produce a particular kind of white blood cell and even may help “make, direct and train these immune cells.”

Our bodies aren’t filled with useless evolutionary leftovers because we didn’t evolve! We were created “fearfully and wonderfully” (Psalm 139:14) by an all-wise, all-knowing Creator God.

Our bodies aren’t filled with useless evolutionary leftovers because we didn’t evolve! We were created “fearfully and wonderfully” (Psalm 139:14) by an all-wise, all-knowing Creator God. Now, we live in a sin-cursed and broken world (Genesis 3), so our bodies don’t function perfectly—mutations and problems occur—but God’s original design was perfect, and our bodies, marred and cursed by sin as they are, obviously reflect the genius of the Designer.

The “vestigial organ” argument is just a useless evolutionary leftover from the bad science produced by rejecting the Word of God as the authority and instead trusting in man’s wisdom. Doctors used to think removing the appendix—whether infected or not—was a good thing! They don’t believe this anymore and only remove the appendix when it’s needed because of disease.

This item was discussed yesterday on Answers News with cohosts Tim Chaffey, Avery Foley, and Bodie Hodge. Answers News is our weekly news program filmed live here at the Creation Museum and broadcast on my Facebook page and the Answers in Genesis Facebook page. We also covered the following topics:

Watch the entire episode of Answers News for April 7, 2021.