Imagine walking across a field of razor blades. That’s what it is like to climb the hills in a remote part of Madagascar.

Imagine walking across a field of razor blades. That’s what it is like to climb the hills in a remote part of Madagascar. Literally.

The name of the place means “where one cannot walk barefoot,” and even thick leather boots are shredded by the razor-sharp stone blades that cover nearly 600 square miles (1,550 km2). It’s a nightmarish, otherworldly place. 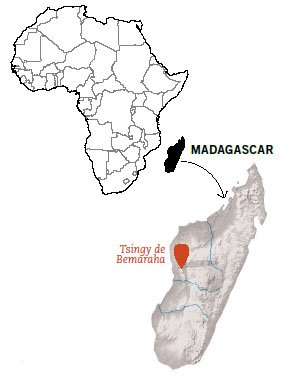 Tsingy de Bemaraha, the world’s largest stone forest, is located in a remote part of Madagascar.

Tsingy de Bemaraha is a karst formation, which means the area is full of limestone, which dissolves easily. In the case of the tsingy, it appears that heavy rains and seeping water carved caves after the Flood, and eventually the cave roofs caved in, leaving 200-foot-high (61 m) spires. Over time, more rain further eroded and sharpened the limestone into these monstrous teeth.

But while the forbidding terrain keeps most people out, it protects the countless species of animals, many unnamed or yet-to-be-discovered, that live there. The rain that hones the tsingy palisades flows down deep into the crevices, where it nourishes a lush jungle of plants and wildlife. Even the rocks provide a safe haven for nimble lemurs, as they leap from pinnacle to pinnacle where no predator can follow.

Austere beauty and extravagant life—our matchless Creator put both in the same place, to proclaim His glory and delight His people. 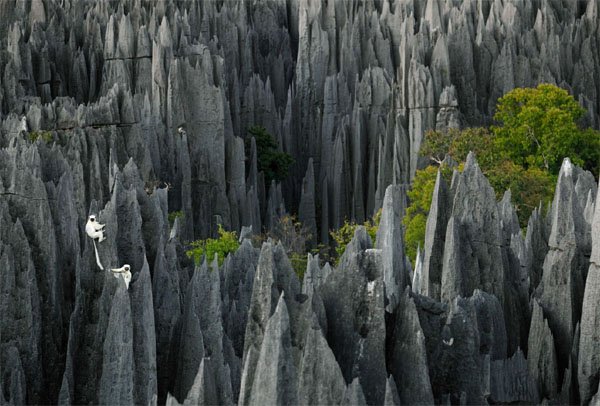 Next Article A Face Only a Mother Could Love