Humans May Have Fewer Genes Than Expected? 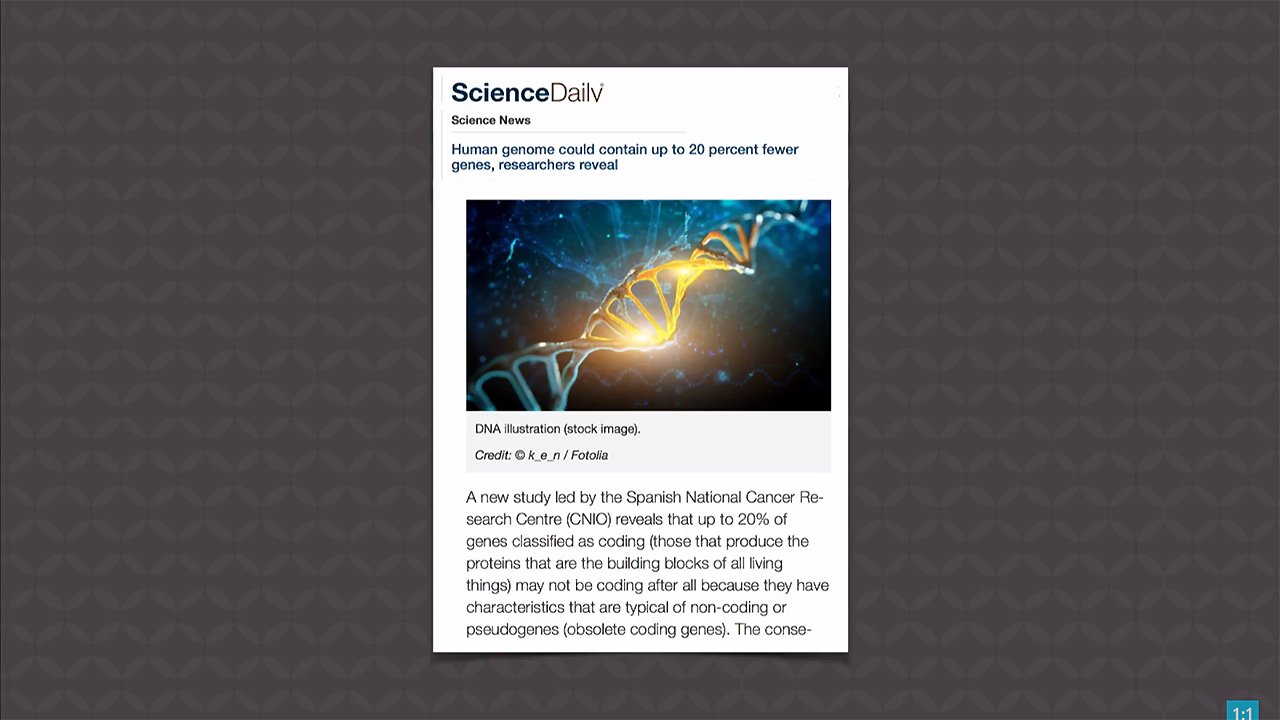 A recent study revealed some surprising results about the number of coding genes (those which produce proteins) in the human genome. In this study, led by the Spanish National Cancer Research Centre, they found that around 20% of the genes which had been classified as coding genes were not coding.

Now in typical fashion, the researchers then dismissed these genes as pseudogenes, often called “obsolete coding genes.” Evolutionary biologists believe that pseudogenes came about from decay of genes (via mutation, insertions, and deletions) that originated from duplication of a coding gene at some point in the organism’s supposed evolutionary history. But even so, many geneticists are recognizing that these pseudogenes still have a function. Even though they do not produce proteins, they still many times are essential in gene regulation. You may have heard of the term “junk” DNA, but this term, even in evolutionary circles, is used less and less frequently as scientists realize that many pseudogenes are indeed functional.

Now the researchers in this study are looking for coding genes for a specific reason, since identifying the number of coding genes can help with studying (and potentially treating) things like cancer and heart disease. They are also quite candid with some of the problems encountered in their research. In the journal paper of this study they stated:

“Experimental evidence is often ambiguous for many pseudogenes. Negative evidence (evidence to show that a gene does not code for proteins) does not exist, antibodies are rarely sufficiently specific to distinguish similar proteins and proteomics experiments can easily confuse similar peptides because of single-amino acid variations or post-translational modifications. Indeed, a number of the potential non-coding genes detected in the proteomics experiments may be false positive identifications”.

In other words, some pseudogenes may be coding genes after all, and there is no “test” to prove that a pseudogene does not code for a protein. Even fifteen years after the human genome has been sequenced, researchers are still unsure about much of the data. So when you hear or read about science “proving” that pseudogenes are evolutionary leftovers, just remember that it is all assumption and that the human body (and our DNA) is much more complex than scientists can even imagine. This just highlights what King David said about us being “fearfully and wonderfully made” (Psalms 139:14).

I discussed this item today on Answers News with regular cohosts Dr. Georgia Purdom and Bodie Hodge. Answers News is our twice-weekly news program filmed live before a studio audience here at the Creation Museum and broadcast on my Facebook page and the Answers in Genesis Facebook page. We also discussed the following intriguing topics:

Watch the entire episode of Answers News for September 20, 2018.