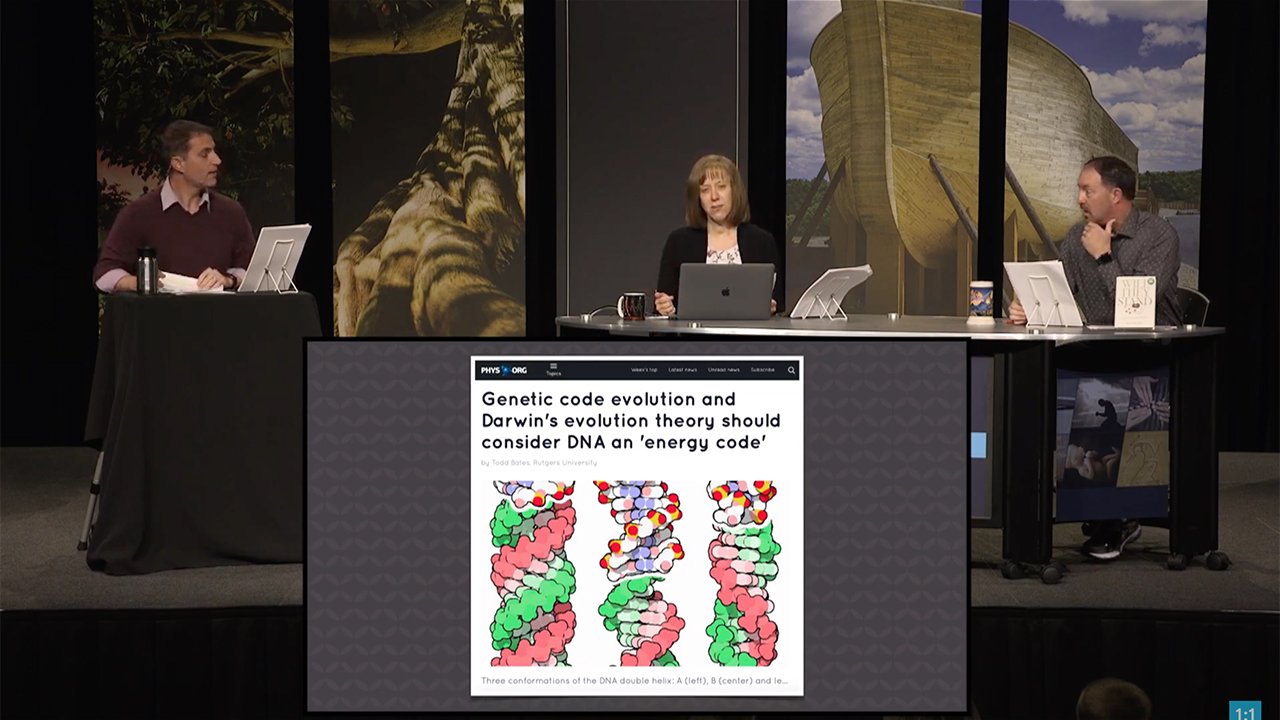 DNA is an incredibly complex information (and language) system. Scientists have only scratched the surface of the complexity of this molecule of heredity. Despite the obvious hallmarks of design, many geneticists attribute DNA to random chance processes over millions of years. But there are many problems with this idea (for example, we never observe information arising from non-information), including the question of why DNA and the code for proteins embedded in DNA evolved “into a nearly uniform blueprint that arose from trillions of possibilities.” Well, a group of researchers are arguing they know the answer.

They believe scientists need to expand Darwin’s ideas to include an “energy code”:

Darwin's theory of evolution should be expanded to include consideration of a DNA stability "energy code"—so-called "molecular Darwinism"—to further account for the long-term survival of species' characteristics on Earth . . .

They claim thinking about DNA this way will “provide entirely new ways of analyzing the human genome and the genome of any living species.” AiG’s Dr. Georgia Purdom explains what these researchers mean:

Ever since the elucidation of the genetic code, evolutionists have pondered how it came into existence.

Ever since the elucidation of the genetic code, evolutionists have pondered how it came into existence. The genetic code is composed of nucleotide triplets (in DNA and RNA) known as codons. The codons, as their name suggests, code for specific amino acids. For example, the codon CGA codes for the amino acid arginine. Amino acids are the building blocks of proteins, which are responsible for the structure and function of every living thing.

DNA is composed of 4 nucleotides, or bases, abbreviated A, C, T, and G. There are 64 possible combinations of these 4 letters in triplets and there are 20 amino acids. The code is redundant, meaning that multiple codons code for the same amino acid. For example, four codons code for arginine. It’s hard to imagine how something this complex could have evolved by random chance over millions of years, yet that’s exactly what evolutionists have to do!

A new study attempted to explain the evolution of the genetic code (called “molecular Darwinism”) by calculating the energy levels of the codons. The conclusion was that the genetic code, “evolved under the influence and regulation of a series of interlocking thermodynamic cycles.” However, what the authors really crafted was a STORY based on the OBSERVATION that some codons have low free energy (are less stable) and some have high free energy (are more stable). The observations may be relevant in understanding certain aspects of the genetic code, but they provide no evidence as to how the genetic code evolved (except in the imagination of the authors!)

Researchers continue to propose the preposterous to avoid the truth they know in their hearts but suppress in unrighteousness—that God is the Creator of all life and everything else (see Romans 1).

This item was discussed today on Answers News with cohosts Dr. Georgia Purdom, Bodie Hodge, and Bryan Osborne. Answers News is our twice-weekly news program filmed live before a studio audience here at the Creation Museum and broadcast on my Facebook page and the Answers in Genesis Facebook page. We also covered the following intriguing topics:

Watch the entire episode of Answers News for November 23, 2020.