Countless millions of fossilized jellyfish and other ‘soft’ creatures are contained in an extensive layer of sandstone at Ediacara in South Australia. Thousands of these creatures are exposed to weathering at the surface of the rock.

Jellyfish do not last long before losing their features, so they are perhaps the best possible example of fossils requiring fast burial and hardening of the rock. The discovery of this denial of the ‘slow and gradual’ philosophy would naturally not have been very welcome in its time.

Dr Reginald Sprigg, the distinguished Australian geologist who presented this find to an astonished Adelaide scientific conference in 1946, says it was greeted with derision and disbelief. He was told that the jellyfish features were only chance markings on the rock. He is quoted in Reader’s Digest (February 1990, p. 62) as saying, ‘I was very angry, so I went right back, collected 300 of the things and returned to Adelaide with them.’ 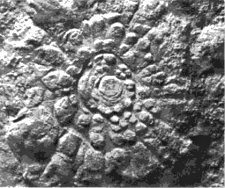 Many fossil jellyfish and other associated creatures now form part of the extensive Ediacara collection of the South Australian museum. Sandstone is rock laid down by moving water. Unless the jellyfish were buried quickly, and the rock hardened rapidly, their delicate features would disappear within a few days at most. In spite of these initial efforts to discredit them, they are a mute testimony to the massive, rapid, watery catastrophe which must have operated to preserve their short-lived features.