Has the Primate Visual System Been Preserved Through Millions of Years? 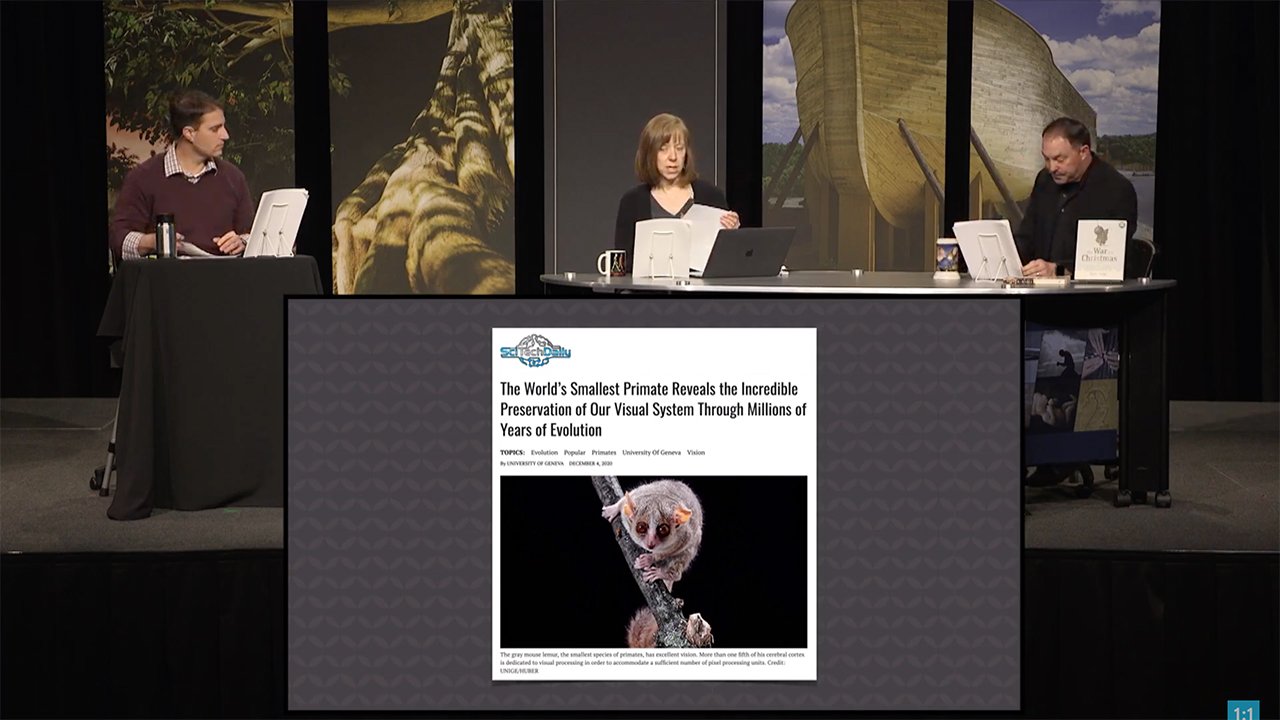 In a new study, scientists compared the visual system of a very tiny lemur from Madagascar, the mouse lemur, with that of other primates and found that “the size of these visual processing units is identical in all primates, independent of their body size” and that “the way the units are arranged across the brain was totally indistinguishable, following the same rules with mathematical precision . . . [and] the number of nerve cells per visual unit was almost identical.” Now why is this significant?

Well, this is considered important in the evolutionary view because mouse lemurs supposedly share “many traits with the very first primates that evolved 55 million years ago.” And this new finding means that the primate visual system (and, of course, humans are lumped in with primates in the evolutionary story) evolved very early in primate history and remained unchanged for tens of millions of years—a big shock for evolutionists.

The popular science summary of this new study states, “these results suggest an incredible preservation of our visual system.” One scientist remarked,

55 Million years of separation on different continents is a very long evolutionary path to travel. I would have expected some mix of general similarity and characteristic differences between species in these neural modules. But the fact of the matter simply is: it is practically impossible to tell them apart.

Now why might that be? Well, because the evolutionary story is nothing more than a story—a fairy tale! The reason primate vision hasn’t evolved in fifty-five million years—and why vision is so complex from the beginning—is because it didn’t evolve! God created it from the very beginning, fully formed and functioning, so primate kinds and humans could see the world they live in.

We all have the same Designer—the Creator God of the Bible.

Some people argue that the similarity we see between kinds—such as between primate vision and human vision—points to common ancestry. But that’s an interpretation of the evidence from an evolutionary starting point. Another explanation (and one that explains the evidence, including this new study, much better!) is that God used similar design across his creation. It makes sense that creatures that live in the same world, eat much of the same foods, and need to do similar things would have similar designs. We all have the same Designer—the Creator God of the Bible.

Once again, the evidence contradicted the expectations of the evolutionists and their timeline, but it confirms what we’d expect starting with God’s Word, where God created as he relates to us in the book of Genesis.

This item was discussed today on Answers News with cohosts Dr. Georgia Purdom, Bodie Hodge, and Bryan Osborne. Answers News is our weekly news program held here at the Creation Museum and broadcast on my Facebook page and the Answers in Genesis Facebook page. We also covered the following topics:

Watch the entire episode of Answers News for December 14, 2020.