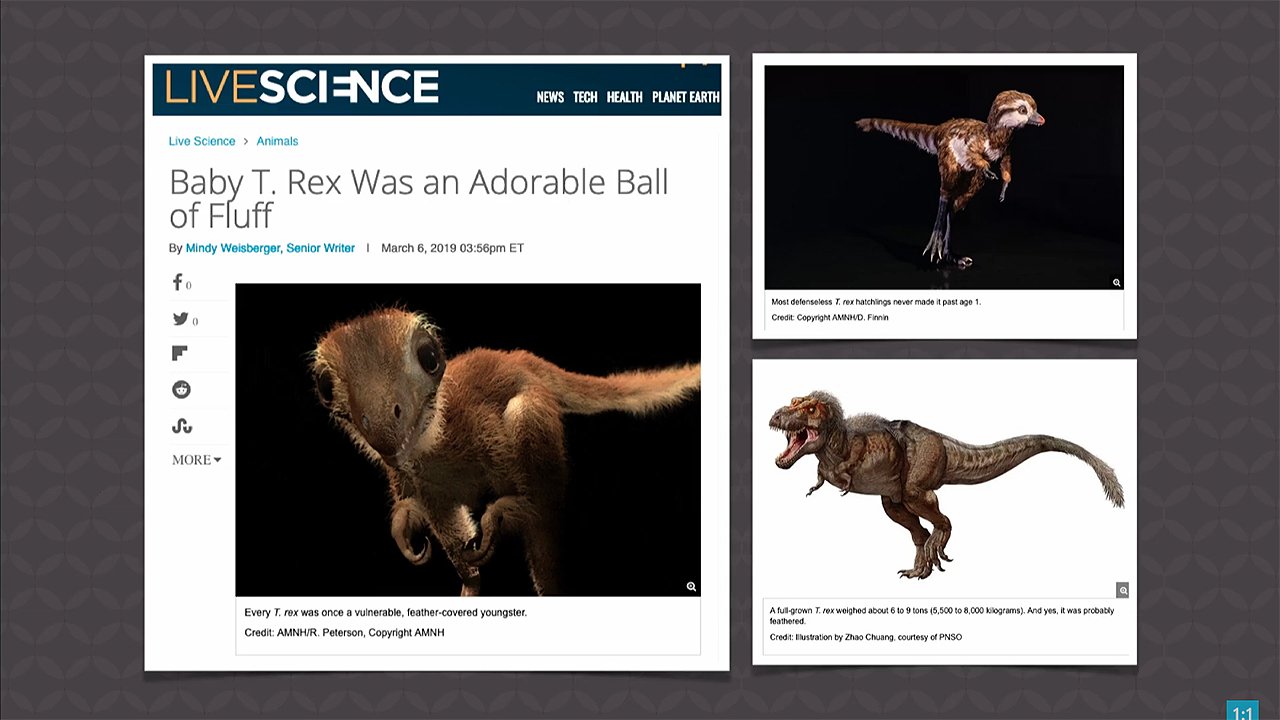 A recent article from Live Science reports on new reconstructions at the American Museum of Natural History in New York City that claim to be “the most accurate models of [T. rex] to date.” And this new reconstruction features baby T. rex as a turkey-sized ball of fluffy feathers. But did T. rex and other dinosaurs feature a covering of feathers?

Today’s narrative is that birds are really dinosaurs, an idea supposedly supported by so-called feathered dinosaurs.

There is no compelling evidence that the fine filaments seen on some dinosaurs are feathers of any kind, and may actually be evidence of collagen fibers in ligaments and skin.

You can learn more about the question, “Are birds dinosaurs?,” as well as hosts of other common evolutionary arguments, in Glass House. This book features a full chapter, of which the above is just a short excerpt, on dino-bird evolution and feathered dinosaurs. It’s an excellent resource, and I encourage you to add it to your library. This book compiles all the classic, and supposed valid arguments for evolution taught in schools and colleges and refutes them. It’s an excellent resource for high school and college students. You can order Glass House from AnswersBookstore.com

So, was T. rex an adorable feathered ball? No. It was a reptile covered in scales.

It’s also interesting that the Live Science article is a rare admission that not all big dinosaurs were always so large. Throughout the article, they mention how T. rex began life as a turkey-sized dinosaur.

Now, a question people often ask is: How could dinosaurs fit on the ark of Noah? After all, how do you fit a massive, 40-foot-long, 9-ton T. rex on the ark? As we teach at the Ark Encounter, not all dinosaurs are that large (the average size is that of a buffalo, and some were as small as chickens!) and even the largest ones began life small. Noah didn’t need to take the oldest and largest dinosaurs on the ark with him. For a variety of reasons—including size, food intake, and reproductive ability—it makes much more sense for God to have sent Noah young adults (and therefore not necessarily fully grown) dinosaurs.

Fitting dinosaurs on the ark is no problem!

This item was discussed on Answers News with regular cohosts Dr. Georgia Purdom, Bodie Hodge and Avery Foley. Answers News is our twice-weekly news program filmed live before a studio audience here at the Creation Museum and broadcast on my Facebook page and the Answers in Genesis Facebook page. We also covered the following topics:

Watch the entire episode of Answers News for March 18, 2019.