A Dinosaur in the Wrong Place, Wrong Time? 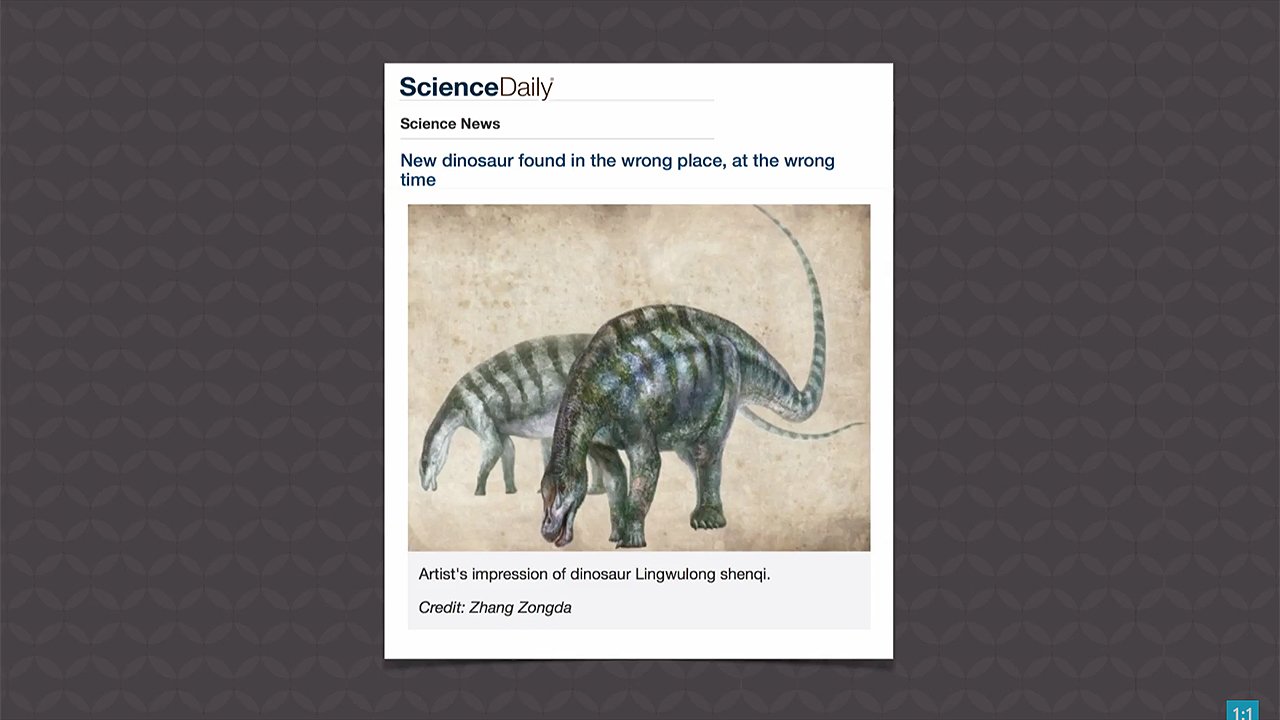 Evolutionary scientists have recently announced the “surprising discovery” of a dinosaur similar to Diplodocus (one of the long-necked dinosaurs) in a region of northwest China where these dinosaurs were not believed to have lived, fifteen million years earlier than scientists thought they had evolved. This discovery now “forces a complete re-evaluation of the origins and evolution of these animals.”

When I point out that the evolutionary story and timeline have been revised again many evolutionists will quickly declare, “that’s science! The process of science changes our knowledge as we discover more evidence and data.” But what’s wrong with this argument?

Well, first of all, this kind of thinking ignores the difference between observational and historical science. Observational science is directly testable, observable, and repeatable. It’s the kind of science that develops medical innovations and new technologies. But historical science deals with the past (like these dinosaur fossils). It is not directly testable, observable, or repeatable so what you believe about the past will directly determine how you interpret the evidence in the present.

With this in mind, consider this find. The observational evidence is dinosaur fossils in a rock layer in China. The fossils don’t come with tags, telling us this dinosaur lived millions of years ago and they certainly don’t tell us they evolved from another kind. Those are interpretations imposed on the evidence because of an evolutionary starting point. And this starting point is consistently getting the story wrong! We don’t know those dinosaurs lived in that area or even died there—all we know is some remains of them are found in that area as fossils.

You see, it’s not just the occasional fossil popping up at the wrong evolutionary time in the wrong place. If you follow science news at all, you will see that nearly every week there’s at least one story claiming that everything we knew about the evolution of such-and-such a creature needs to be rewritten in light of a new find, study, or perspective on a find. And what always happens? Evolution just absorbs these changes. The model is so plastic it just changes with every new find. This isn’t about “science”—it’s about a worldview that can change with whatever new evidence is unearthed and is never questioned.

Because evolutionists start with the wrong starting point, they will consistently be surprised and have to rewrite their story. As the team that looked into these new dinosaur fossils concluded, this new study “emphasizes the gaps in our knowledge of the fossil record and suggests that there are many surprises still to come.” Many more surprises are still to come for evolutionists because they have the wrong starting point—man’s fallible opinions rather than God’s infallible Word.

I discussed this item today on Answers News with regular cohosts Dr. Georgia Purdom and Bodie Hodge. Answers News is our twice-weekly news program filmed live before a studio audience here at the Creation Museum and broadcast on my Facebook page and the Answers in Genesis Facebook page. We also discussed the following fascinating topics:

Watch the entire episode of Answers News for August 13, 2018.