Did Mammals Gnaw on Dinosaur Bones? 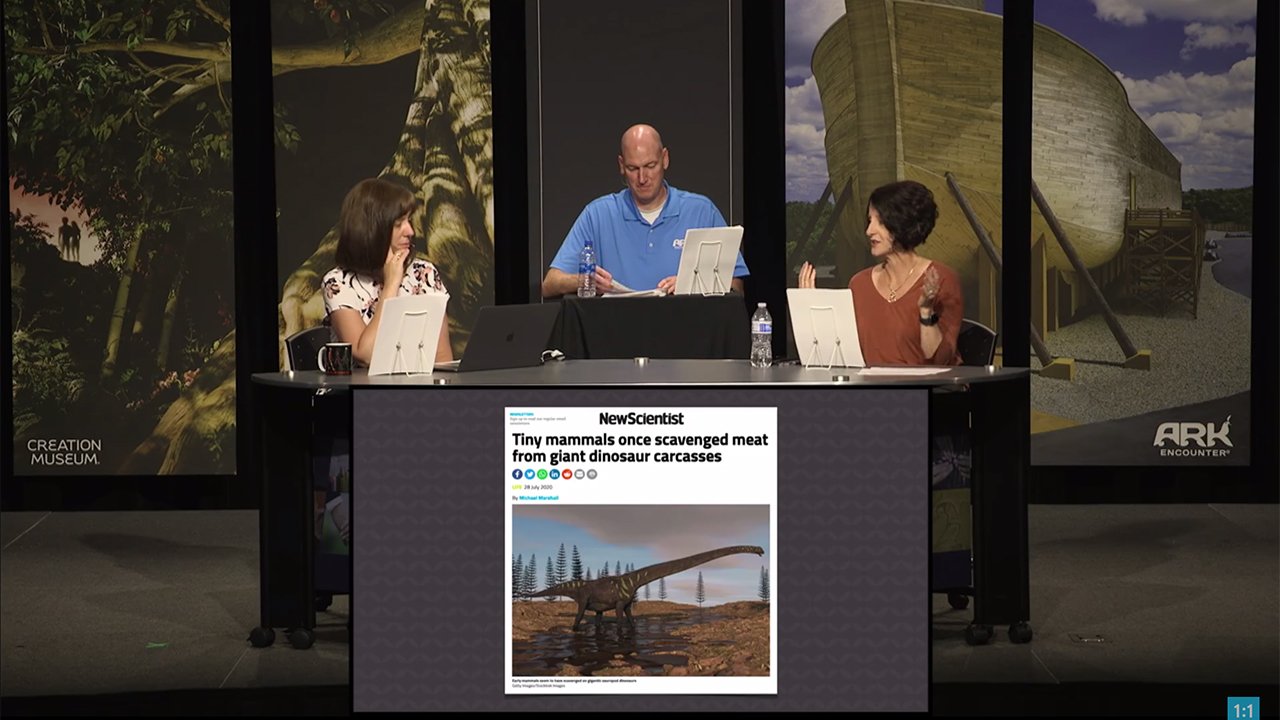 Did small mammals scavenge dinosaur bones? A new study looked at tiny bite marks on the bones of massive long-necked dinosaurs, the sauropods, and concluded small scavenging mammals gnawed away at the bones. This makes sense within the context of the global flood.

Eventually, rising floodwaters buried those remains, drowning and perhaps burying the scavengers along with them.

As the floodwaters rose, dinosaurs and other creatures were drowned. Some were rapidly buried by the sediments carried in the water. Others drowned, and their decaying carcasses washed up on shore, where scavengers nibbled on a free meal. Eventually, rising floodwaters buried those remains, drowning and perhaps burying the scavengers along with them.

What were these mammals? The popular summary of this new study states,

The first mammals were small and elusive . . . The bone fragment came from the long neck of a sauropod dinosaur, which lived in what is now China in the late Jurassic around 160 million years ago. By this time dinosaurs had dominated ecosystems for tens of millions of years. Mammals lived alongside them, but most were small and unobtrusive while the dinosaurs ruled.

All of this is an interpretation, based on evolutionary beliefs, that’s imposed on the evidence.

Evolutionists interpret this relative order (remember—it’s just a relative order; for example, we find some fossils of birds—and many other creatures we are familiar with today—buried in the same layers as dinosaurs) as evidence of creatures that had evolved and lived during supposedly different epochs of time. Therefore, they believe dinosaurs, since their fossils only appear in certain layers, must have lived only during those epochs of time. All of this is an interpretation, based on evolutionary beliefs, that’s imposed on the evidence.

Creationists don’t deny that this relative order by and large exists. But we have a very different way of looking at it (and interpreting it) because we have a different starting point, the Bible, and a different history: the eyewitness account given in God’s Word.

We believe the order in the fossil record is a record of the rising floodwaters burying various ecosystems as they rose. As the waters began to rise, it makes sense that ocean ecosystems would be first to be buried, followed by coastal ecosystems, then ones further inland (interestingly, marine invertebrates are found throughout most of the layers—clearly pointing to a deluge of water over the globe!). It’s not a record of long time—it’s a record of order of burial.

We must also recognize that just because creatures are found buried together doesn’t mean they lived together—it only means they were buried together. Creatures that are mobile or more aware of their environment will be buried higher in the rock layers because they can more easily escape the rising floodwaters, and so they will be buried at later stages of the flood.

So, were only small mammals around when the dinosaurs lived? No, all the mammal kinds of today, and the ones that are extinct, lived at the same time as dinosaurs, and those that weren’t on the ark drowned and were buried.

This item was discussed yesterday on Answers News with cohosts Dr. Georgia Purdom, Tim Chaffey, and Dr. Jennifer Rivera. Answers News is our weekly news program filmed live here at the Creation Museum and broadcast on my Facebook page and the Answers in Genesis Facebook page. We also covered the following topics:

Watch the entire episode of Answers News for August 5, 2020.