Photo by Camylla Battani, via Unsplash.

Spanish politician states a biological fact—and gets banned by Twitter; another sign Western culture continues to drift further away from scientific and biblical truth. 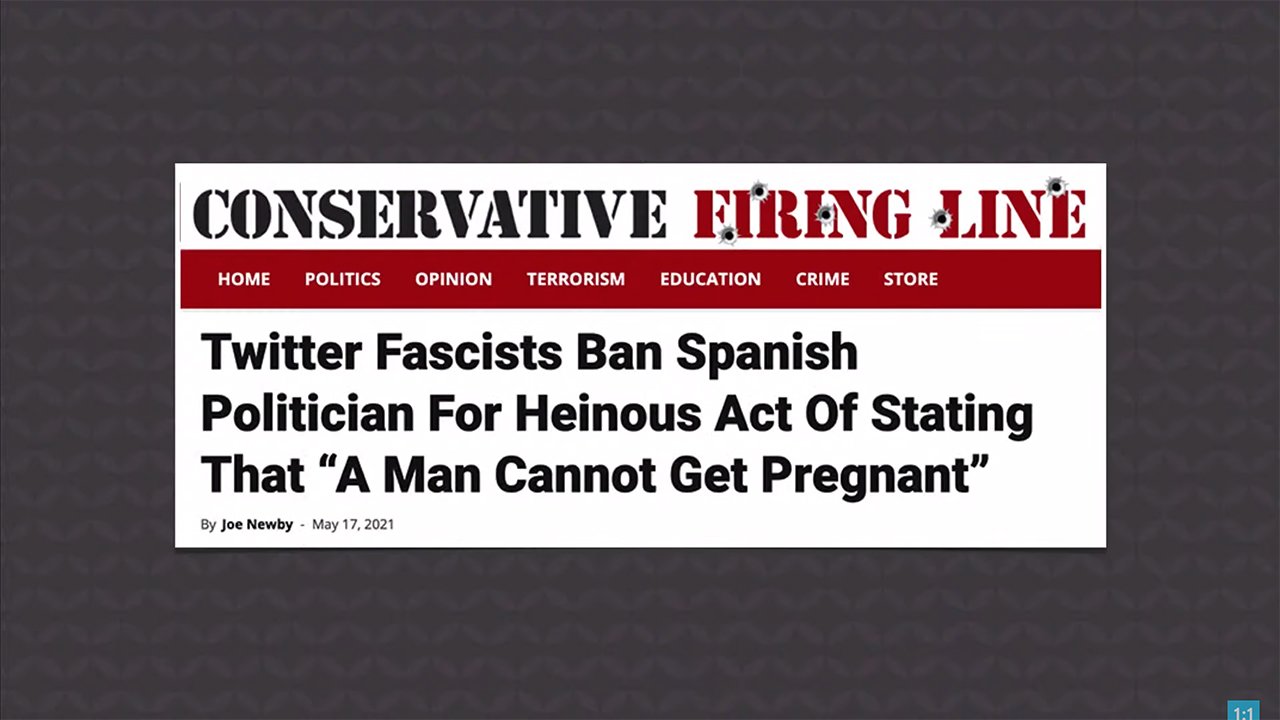 If I told you even five years ago that Twitter would be temporarily suspending a politician’s account for stating biological facts, you probably wouldn’t have believed me. The acceptance of radical gender ideology—which is both anti-science and anti-truth (anti-biblical)—has taken place at breakneck speed. And we now live in a world where a simple statement of biological fact—that men cannot, in fact, get pregnant as they have “no uterus or eggs”—is now considered “hate speech.”

Reportedly, Francisco José Contreras, who serves as a deputy to Spain’s Vox Party, received a twelve-hour suspension from Twitter because, in response to an article on a “man” becoming pregnant, he tweeted “a man cannot get pregnant” because men have “no uterus or eggs.” It’s a simple biological fact, but in our anti-science day, it’s considered hate speech.

As I have been saying for many years now, we must be prepared to stand, no matter what comes.

As our Western cultures drift further from a biblical worldview and instead continue to build their thinking on the sand of man’s opinions, we’ll continue to see utter foolishness accepted as fact—and anything resembling biblical truth vilified and ignored. As I have been saying for many years now, we must be prepared to stand, no matter what comes.

God’s Word is clear: he created us male and female and gave women, not men, the ability and privilege of bearing children, although that is difficult and painful now in a sin-cursed and broken world (Genesis 3:16). So, Francisco José Contreras is right because of the truth of God’s Word and science—a man cannot get pregnant, no matter how vehemently our culture argues otherwise. God’s Word, not man’s foolishness as exhibited by Twitter, will endure.

This item was discussed yesterday Answers News with cohosts Byran Osborne, Dr. Georgia Purdom, and Bodie Hodge. Answers News is our twice-weekly news program filmed live before a studio audience here at the Creation Museum and broadcast on my Facebook page and the Answers in Genesis Facebook page. We also covered the following topics: