Responding to Racism—No Other Answer Than the Gospel 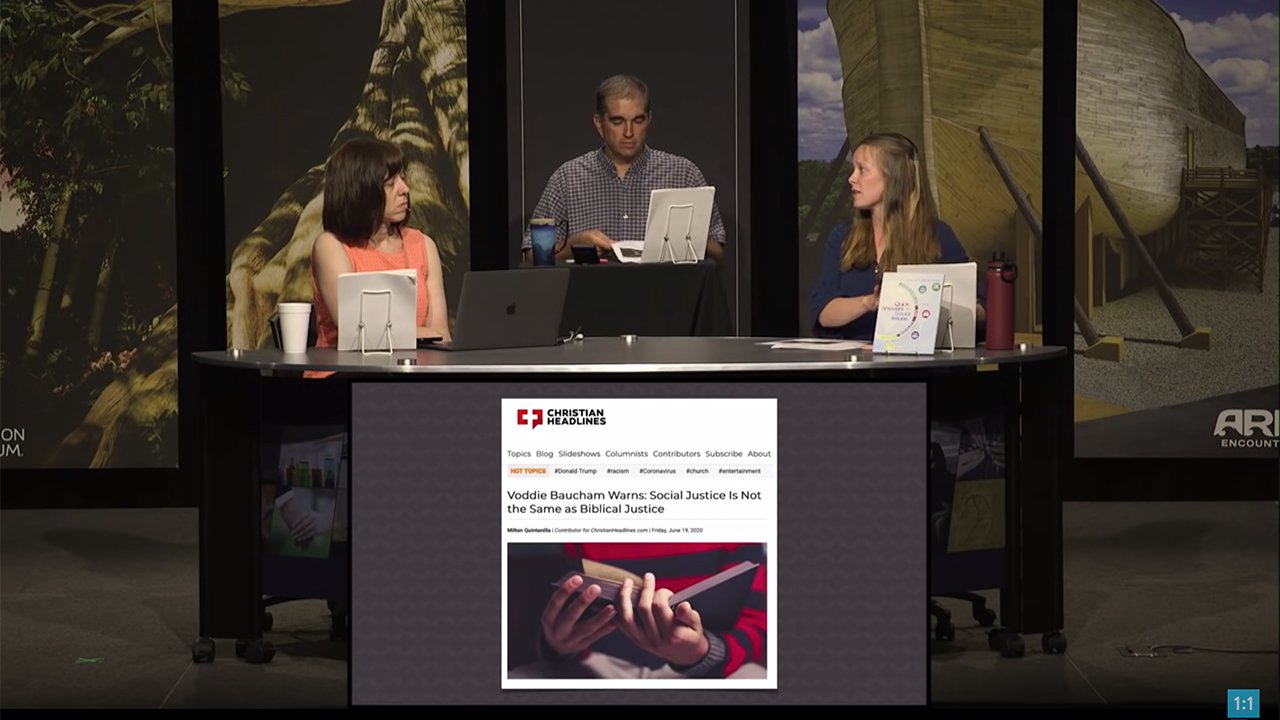 As protests and some riots continue to rock major US cities, the national conversation has been dominated by questions regarding so-called “race,” racism, discrimination, prejudice, reforms, and historical monuments. How should Christians think about these important issues?

Because the solutions offered by so many in our culture are anti-biblical, we want believers to be equipped to respond in a way that honors the Lord and his Word.

Well, we’ve shared a lot the last few weeks about a biblical (and scientific) response to racism. I’ve been speaking on the topic since the 1970s and have made it a vital component of our teaching at AiG. Now the true solution to racism is grounded in the history in the book of Genesis and the gospel. Because the solutions offered by so many in our culture are anti-biblical, we want believers to be equipped to respond in a way that honors the Lord and his Word.

And I’m not the only one saying this. Far from it! As just one example, Voddie Bauchum, who has spoken at many of our past conferences, was recently featured in an article on the website Christian Headlines. In the interview, he called attention to the centrality of the gospel in any biblical response to racism:

While Baucham doesn’t deny the evils of racism in the world, he pointed out that people, namely Christians, aren’t pointing others to Christ as the only message of salvation.

“Now the message is—the answer is something other than the forgiveness that we find, through God in Christ. Now the answer is, somehow you have to do enough penance . . .

And it’s been interesting to watch scenes of white people, literally kneeling and bowing and genuflecting, in repentance over their sin of—of white privilege. Or, you know, bias. Or conscious bias. Or unconscious bias. Or whatever else . . .

Ultimately, “this religion [of social justice] is promising salvation, somewhere other than God . . . And unfortunately, there are many Christians who are sounding like they’re satisfied with this.” . . .

[Voddie] made a distinction between individual racism and institutional racism, calling them “two competing worldviews” . . .

Salvation isn’t found anywhere but in Christ! And the sin of racism, ultimately, is a heart issue.

As I’ve shared in the past, the gospel is the answer to racism. Salvation isn’t found anywhere but in Christ! And the sin of racism, ultimately, is a heart issue—it’s caused by sin in the hearts of men and women. A heart/spiritual problem requires a spiritual solution—and the only solution is the biblical truth that we’re all one race (which is confirmed by the science of genetics) and the gospel of Jesus Christ that is offered to all.

You can learn more about the biblical response to racism in my presentation that I recently gave to our AiG staff, “The Biblical Response to the Current ‘Race’ Issues Gripping Our Nation.”

This item was discussed yesterday on Answers News with cohosts Dr. Georgia Purdom, Roger Patterson, and Avery Foley. Answers News is our weekly news program filmed live before a studio audience here at the Creation Museum and broadcast on my Facebook page and the Answers in Genesis Facebook page. We also covered the following topics:

Watch the entire episode of Answers News for July 8, 2020.