President Biden: “There’s Not a Single Thing a Man Can Do That a Woman Can’t”

Our culture has slipped so far that a sitting US president has blurred distinctions between men and women, rejecting God’s declared design for people. 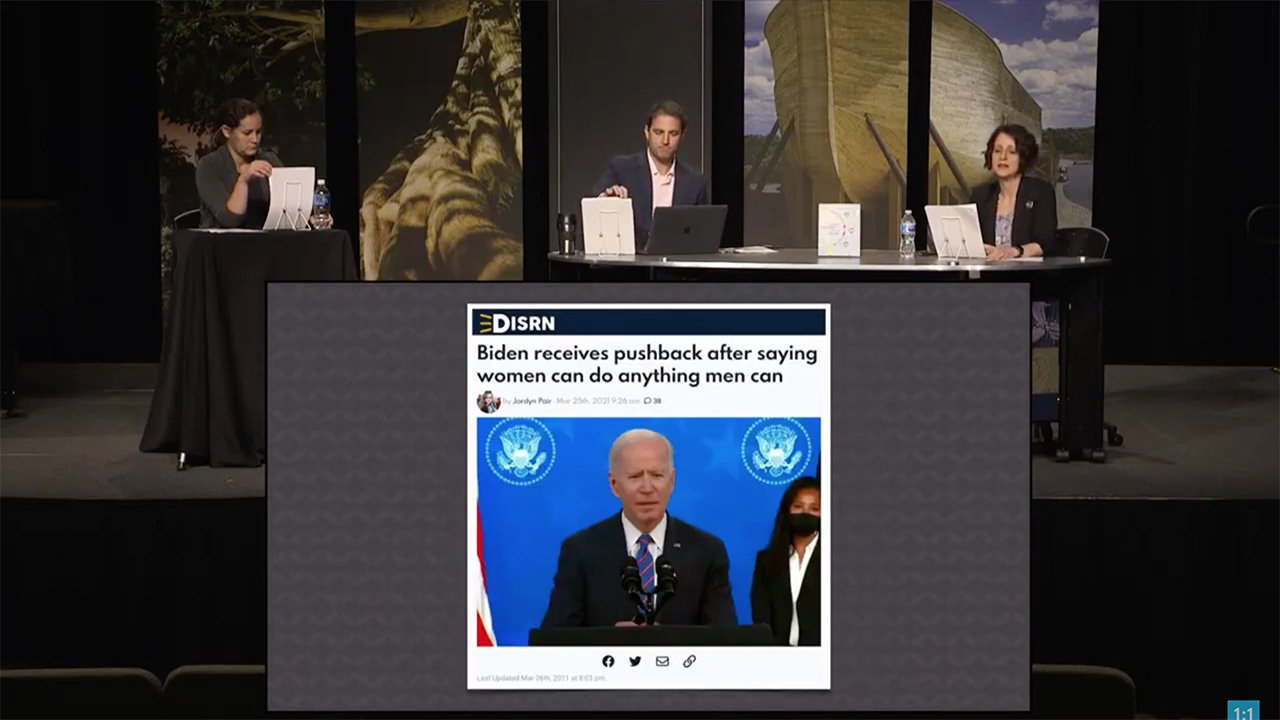 “You know, I’ve told my daughters, granddaughters from the time they [were] old enough to understand what I was saying—and I mean it: There’s not a single thing a man can do that a woman can’t do as well or better. Not a single thing.” Who said this? US President Joe Biden recently did during an “Equal Pay Day” event.

So is there really “not a single thing a man can do that a woman can’t do as well or better.” Of course not. Objectively it’s obvious that men and women are not exactly the same. Everyone knows there are obvious biological differences between men and women that mean that are simply some things that only a man can do and there are some things that only a woman can do—the most obvious example, of course, being that only men can father children and only women can carry a child and give birth. So why would anyone say something so obviously wrong?

They believe there really is no such thing as male and female—it’s all about how you identify (i.e., how you feel).

Well, as a whole our culture is trying to get away from any distinctions between men and women. They believe there really is no such thing as male and female—it’s all about how you identify (i.e., how you feel): a man can be a woman and a woman can be a man. So there can’t be any differences between men and women or the entire ideology of gender identity falls apart (which indeed it does). Such a statement as the President made is just the natural consequence of adopting the current gender ideology. It demands that we ignore objective reality—it’s actually anti-science! It’s the world’s view of “equality,” but it’s nonsense, as men and women are different in many ways.

Instead of adopting the foolishness of the world, we must look to the wisdom of the Word of God which is clear—men and women are both equally created in the image of God:

But we are not the same. Different roles are given to men and women. Throughout its pages, the Bible treats men and women as equally valuable but as different from one another. Of course, the fact that men and women are different (and that biological sex exists!) is confirmed by science.

As the world continues to spiral further into utter foolishness, we must remain committed to the truth found in the Word of God (and that science confirms in many ways) and teach our children and grandchildren that truth: God has made us boys and girls, men and women, and our differences are something to rejoice in, not to ignore and suppress.

This item was discussed today on Answers News with cohosts Dr. Jennifer Rivera, Dr. Gabriela Haynes, and Bryan Osborne. Answers News is our twice-weekly news program filmed live before a studio audience here at the Creation Museum and broadcast on my Facebook page and the Answers in Genesis Facebook page. We also covered the following topics:

Watch the entire episode of Answers News that aired April 5, 2021.