Is Creation “Very Good” in the Face of Climate Change? 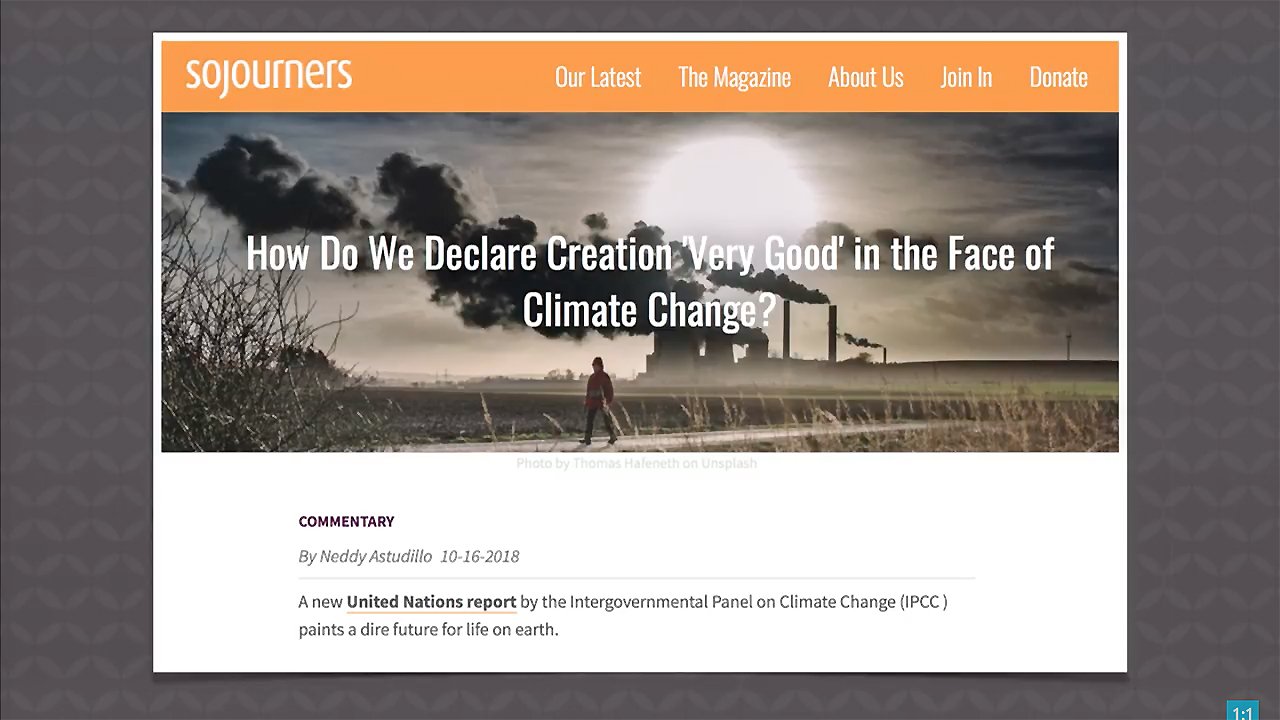 Can we call creation “very good” in the face of climate change? That’s the question posed by “eco-theologian” and Presbyterian minister Dr. Neddy Astudillo in a recent article. She describes the alleged challenges our world will face—food shortages, wildfires, heat waves, coastal flooding, and poverty—if climate change continues and then writes, “this impending reality challenges my understanding of creation as good.” But does she have the correct view of what “very good” means in the first place?

Dr. Astudillo whole-heartedly believes climate change is caused by humans and that it will be devastating to life on earth. Now, climate change is real. We can observe that climates change. But much of climate change science is driven by an erroneous interpretation of the past. You see, if you approach the evidence with an evolutionary worldview and the idea that climates have remained relatively stable since the last ice age 12,000 years ago, you will interpret the small changes in our climate today as a result of modern human activity and be much more likely to extrapolate these into huge changes for the environment.

But believers must start with the history in God’s Word. And that history tells us something very different. And Dr. Astrudillo would do well to pay heed to that history. She writes, “If human presence in this land led the Genesis writer to declare God’s creation as ‘very good,’ how can I hold the findings of this report alongside my statement of faith in humanity?”

First of all, it wasn’t only human presence that made God’s creation “very good” (although humans, uniquely made in his image, are the pinnacle of his creation and it was only after the 6th day when land animals and then man were made, that God called all of creation very good). Genesis 1:31 (the sixth day) tells us God saw everything he had made, and it was very good (throughout Genesis 1, at the end of each day, with the exception of day 2, God looks at what he has made and declares it good). All of God’s completed creation was very good in the beginning.

When Adam and Eve rebelled against God, creation was broken.

But all of that changed with sin (something Dr. Astrudillo never mentions). When Adam and Eve rebelled against God, creation was broken. It was no longer very good—and that includes the climate! As Romans describes, the creation today groans because of sin—it’s a fallen creation. Then the global flood of Noah’s day (about 4,300 years ago) radically changed the climate, resulting in a post-flood ice age shortly thereafter. Earth has been slowly settling down since this catastrophic event. So, from a biblical perspective, small changes in the climate are not alarming and not necessarily directly caused by man’s activities. And such changes have been going on ever since the flood.

While we should certainly strive to protect our planet and care for it, we as believers can look forward to a day when we will have a new heavens and new earth that will not be affected by sin. What a glorious day that will be!

This item was discussed today on Answers News with regular cohosts Dr. Georgia Purdom and Bodie Hodge and frequent guest Avery Foley, an AiG writer. Answers News is our twice-weekly news program filmed live before a studio audience here at the Creation Museum and broadcast on my Facebook page and the Answers in Genesis Facebook page. We also discussed the following topics:

Watch the entire episode of Answers News for October 29, 2018.