Is Another Civil War Likely in the US? 34% of Voters Say Yes 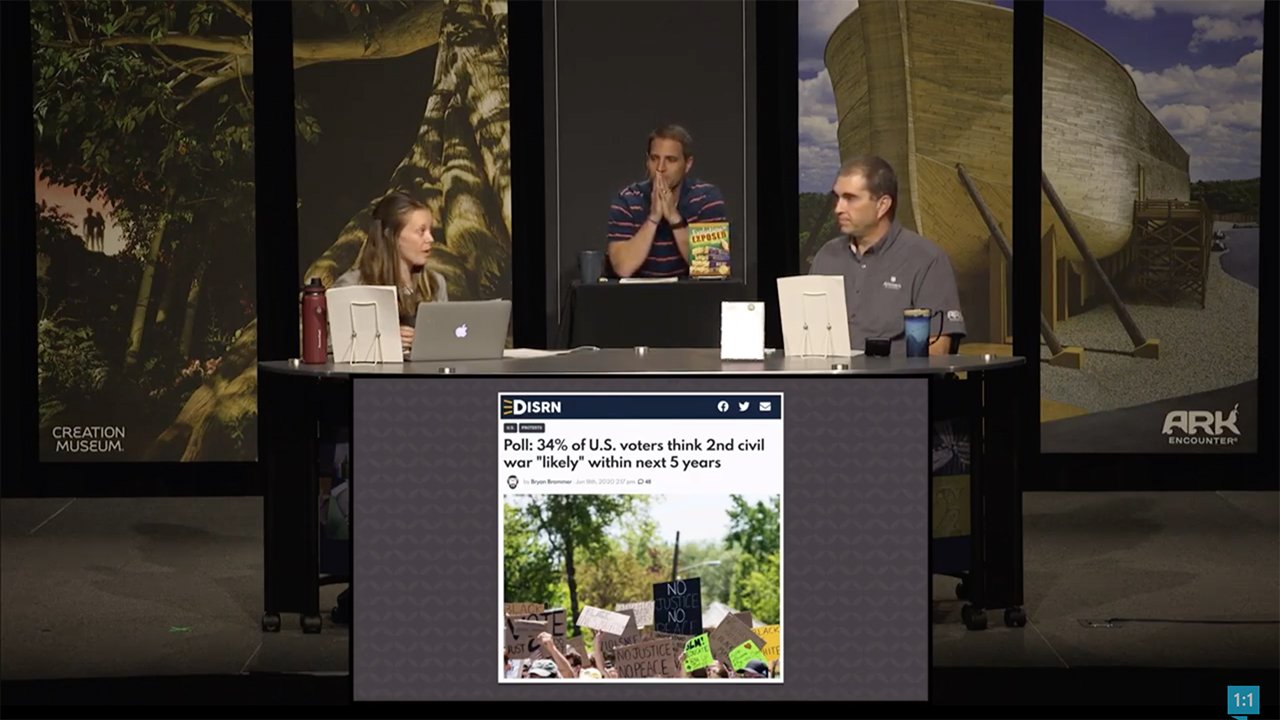 A recent poll found that over one-third of US voters—34%—see the threat of a second civil war to be “likely” within the next five years. Why might so many people feel Americans might turn to war to settle their differences? Well, I would argue it’s because there’s undeniably a growing divide in this nation and it’s accelerating.

It’s pretty obvious to anyone even vaguely aware of what’s going on in the world that America is a divided nation.

It’s pretty obvious to anyone even vaguely aware of what’s going on in the world that America is a divided nation. The COVID–19 pandemic and the so-called “racism crisis,” specifically the responses to both of these events, have highlighted this divide in America. And even a brief glance into politics shows a mess of opinions, hatred, and hypocrisy—no wonder people fear a civil war is a possibility.

Just as one example, a Democratic Representative, Sean Patrick Maloney, recently claimed that religious liberty is just a “bogus term” and a “pretext for discrimination hiding behind the guise of religion.” And yet religious liberty is one of the founding principles of this nation and is found in the very first amendment. It’s something many Americans cherish—though, sadly, those who value religious liberty, as well as freedom of speech and conscience, are seemingly becoming a minority! Why do we see such a divide on such basic issues?

In this secular view, we get to determine right from wrong for ourselves—we get to be our own god and set the rules.

Well, it’s really because of a difference in foundations. By and large, the majority of Americans start with the idea that man determines truth. In this secular view, we get to determine right from wrong for ourselves—we get to be our own god and set the rules. Terms are defined according to our own subjective feelings and ideas. This is in direct opposition to the worldview that comes from the Bible that says God determines right from wrong and that there are rights that come not from the government but from God himself. What we’re really seeing in our nation is a clash of worldviews. We’re witnessing a spiritual battle raging around us.

Our secular culture preaches “tolerance”—but only for those who agree with them. Those who start with the Bible, or who have what are considered “conservative” viewpoints, are considered to be hate-speech peddlers who need to be shut out of the national conversation. No wonder there’s such division!

But, as Christians, this shouldn’t surprise us. True unity only comes through Christ and submitting ourselves and our patterns of thinking to his Lordship. When everyone does what’s right in their own eyes (Judges 21:25), there’s no ultimate foundation for thinking. So it becomes opinion vs. opinion, and no one will ever be able to agree on everything—there’s always someone who is more “woke”! Therefore, anything goes. But when we start with God’s Word, we have a firm foundation for our thinking and can use God’s Word to understand the world around us and make righteous judgments about what we observe.

Christians need to remember that this is not our home and that, while we should strive and work toward the flourishing of society, our hope is not in this world.

In the midst of uncertainty, division, and societal chaos, Christians need to remember that this is not our home and that, while we should strive and work toward the flourishing of society, our hope is not in this world. Our hope is in Christ and we are here as his ambassadors, spreading the gospel, contending for the faith, and being salt and light until he comes.

This item was discussed yesterday on Answers News with cohosts Avery Foley, Roger Patterson, and Bryan Osborne. Answers News is our weekly news program filmed live before a studio audience here at the Creation Museum and broadcast on my Facebook page and the Answers in Genesis Facebook page. We also covered the following topics:

Watch the entire episode of Answers News for July 1, 2020.