89.1% of Doctors in Belgium Support Killing a Newborn with a Disability 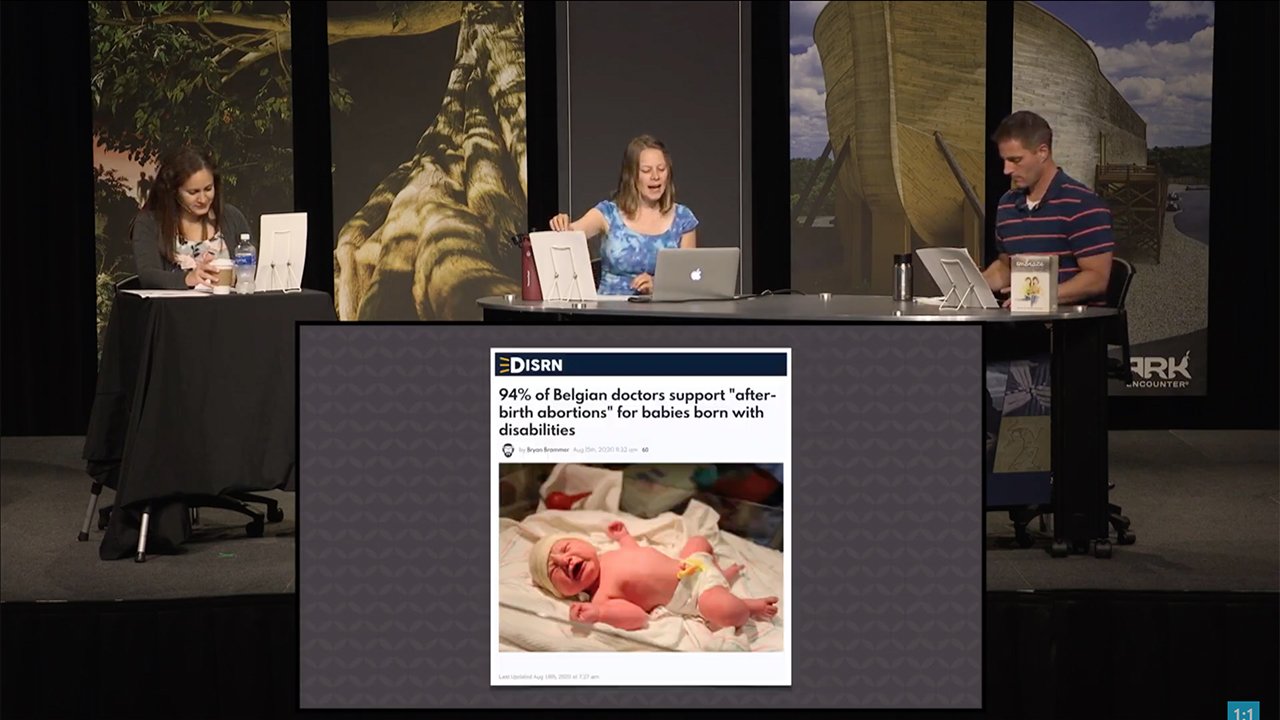 A jaw-dropping 89.1%* of doctors in Belgium support the intentional killing of infants with disabilities after they have been born (i.e., an “after-birth abortion”), according to a recent study. When asked, almost 9 in 10 Belgian doctors working with unborn children agreed that “in the event of a serious (non-lethal) neonatal condition, administering drugs with the explicit intention to end neonatal life is acceptable." Now, what constitutes a “serious (non-lethal) neonatal condition” was not spelled out in the study.

It’s truly a culture of death!

As shocking and horrifying as this may seem, it is the next logical step in a secular society that increasingly devalues life—with man acting as his own god (the temptation the devil gave in Genesis 3:5). After all, what is the difference between a baby in the womb and one that was just passed through the birth canal? Nothing, except location. If you can kill a baby in the womb moments before birth (as many people including prominent politicians support, particularly if that baby has a disability), why allow that child to live after it has exited the womb? There is no difference in their minds. These doctors are just taking their worldview (a worldview of death!) to its logical conclusion. And why stop at a newborn? Why not a toddler, a teenager, or an adult? (And we’ve already seen this with cases regarding euthanasia in Europe.) It’s truly a culture of death!

Now in what scenario might an “after-birth abortion” be a consideration? Well, someone might attempt to justify it in circumstances such as this: a couple arrives at a hospital, in labor, eager to meet their little one. But after their little baby arrives, the doctors know right away—something isn’t right. This baby was born with an undiagnosed disability. The doctor might explain, “this child will have a hard life. He won’t be able to walk or talk. He will have to have expensive surgeries, therapies, and medications his whole life, which will probably be short. It would be hard on your family and hard for him. It would be better for him to pass away peacefully now. We can do that for you.”

How should Christians respond to such an argument? (And this is the kind of argument parents with an unborn child diagnosed with a disability often hear from doctors!) After all, isn’t the doctor being compassionate to the suffering child and to his family?

Such a worldview presupposes that a life with suffering isn’t worth living.

Such a worldview presupposes that a life with suffering isn’t worth living. In this worldview, life has value because of perceived quality of life or because of what someone can contribute to the family or society. If they will suffer, have a low quality of life (in the minds of their caregivers), or be costly to care for, their worth suddenly diminishes. Instead of fighting to save that life and fighting against the effects of the curse and a groaning creation seen in that disability, these doctors couch murder in terms of so-called compassion. But murdering someone is not compassionate. Murder is murder and it is wrong, even when gussied up with pretty-sounding language. Really, this is no different to what Hitler did in killing millions of people—based on Darwin’s evolutionary ideas. Margaret Sanger, the founder of Planned Parenthood, had the same evolutionary philosophy.

You see, our worth isn’t dependent on any of those things listed above. We have worth because we’re created in the very image of God (Genesis 1:27). Being an “image bearer” of the King of kings means our life has value, even if it is likely to be short, difficult, or costly. Each person has been “fearfully and wonderfully made” (Psalm 139:14) in the very image of God—including those with a disability. People deserve love, care, and true compassion from fertilization to natural death. And remember, God’s Son stepped into history to the pay penalty for sin, and he offers the free gift of salvation to all. That’s how much God values each one of us.

The secular worldview also presupposes that we as humans are the gatekeepers of life and death—we make the rules; we determine right from wrong; we control our own destiny, including when we die. But God, our Creator, is the one who gives us “life and breath and everything else” (Acts 17:25). We are his workmanship, and all the days he has ordained for us are written by him (Psalm 139:16). We don’t have the authority to arbitrate when a person lives or dies—that authority belongs to God alone.

One day these doctors will stand before God and give their account for supporting the murder of tiny, helpless, “fearfully and wonderfully made” image-bearers.

One day these doctors will stand before God and give their account for supporting the murder of tiny, helpless, “fearfully and wonderfully made” image-bearers. As our culture fights for the right to end lives, may we as the people of God stand on the authority of his Word and proclaim the life-saving message of the sanctity of every human life and the gospel of Jesus Christ that saves us for eternity.

This item was discussed today on Answers News with cohosts Avery Foley, Bryan Osborne, and Dr. Gabriela Haynes. Answers News is our weekly news program filmed live before a studio audience here at the Creation Museum and broadcast on my Facebook page and the Answers in Genesis Facebook page. We also covered the following topics:

Watch the entire episode of Answers News for August 17, 2020.

* Correction: The original version of this blog reported 94% of doctors, based on several popular summaries of the study. The study reports “(89.1%) agreed that in the event of a serious (non‐lethal) neonatal condition, administering drugs with the explicit intention to end neonatal life was acceptable” and late termination of pregnancy for “serious (but not lethal) fetal conditions (95.6%).”