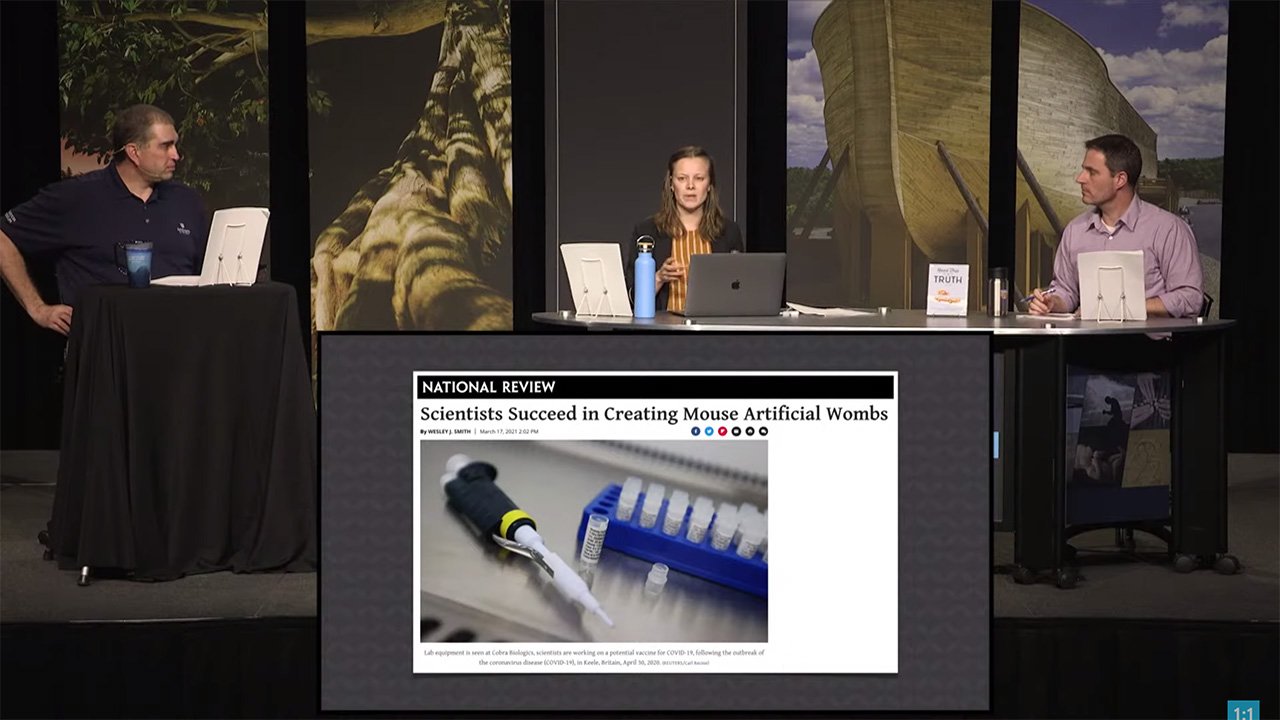 “Scientists Succeed in Creating Mouse Artificial Wombs”—now, that might not seem like the most newsworthy headline, considering the myriad of other issues capturing headlines and discussion in the United States and around the world on any given day. But it’s important that we understand what’s going on with scientific advancements like this because they have the potential for good or (and, sadly, more likely) great evil. What do I mean?

What happens when it’s no longer mouse embryos but human embryos that are the subject of this experimentation?

Well, in a scientific first, researchers in Israel successfully grew mouse embryos in an “artificial womb.” These embryos “looked perfectly normal,” despite the artificial setting. The researchers hope that the technology can be used to “help scientists understand how mammals develop and how gene mutations, nutrients and environmental conditions may affect the fetus.” But what happens when it’s no longer mouse embryos but human embryos that are the subject of this experimentation?

The idea that they might use human embryos for such research is not far-fetched whatsoever. Scientists are already gene-editing human embryos, growing them to 14 days old, doing their experiments, and then discarding them as medical trash. And, not content with that, “a key scientific body” is wanting to do away with the 40-year-old “fourteen day rule” that prohibits babies being grown in petri dishes past fourteen days. Consider how horrific this is: scientists actively create, research and experiment on, and then kill human babies, made in the image of God. And they want more power and permission to continue to do that and to increase the age of the baby for experimental purposes. Sadly, millions of children are already sacrificed each year around the world through the evil of abortion—which really is “child sacrifice” to the god of self.

Of course, the research has the potential to save lives—artificial wombs could one day nurture a baby to full term, helping save pre-mature babies that would otherwise not survive. But, in a callous world, without the foundation of God’s Word and increasingly devoid of care for the unborn, it’s not hard to imagine what one writer warns of:

Should this technology, if it is ever developed in humans, be limited to saving babies in danger of miscarriage? Or, should scientists be able to grow fetuses for use in experimentation or organ harvesting—perhaps of clones—a concept known in popular parlance as “fetal farming?”

He goes on to state the urgency of controlling such technology now before it gets even further out of hand than it already is because:

In any event, this is important and portentous research that, like most biotechnologies, can lead to the best and worst of worlds simultaneously . . . These are the most powerful technologies in human history, even more potentially life-altering than atomic energy.

We live in a culture of death. Millions of children are slaughtered each year through abortion and medical research. Because most scientists operate within an evolutionary worldview, they believe all of life is related and thus humans are just highly evolved animals. In this worldview, there is no God—we get to decide right from wrong. So why not experiment on babies? After all, without a God who sets the rules and has revealed them to us (in the Bible), right and wrong are relative and just depend on the individual’s preferences. In such a worldview, the ends justify the means, might makes right, and, well, it’s just survival of the fittest.

How different things would be for the unborn if the majority of people started with God’s Word!

How different things would be for the unborn if the majority of people started with God’s Word! Human life is not a commodity to be created and destroyed at the whim of a human (be that a scientist or a parent). Human life is created by God in his very image (Genesis 1:27) and valued by him. And right from the point of fertilization, we are human, made in God’s image. Taking a human life for research (even with lofty goals of “the greater good”), for convenience, or for any of the other selfish reasons our culture gives as justification for the slaughter of children is murder. And God’s Word is clear on the issue of the taking of an innocent life:

We as Christians would do well to heed Scripture and “open your mouth for the mute” (Proverbs 31:8)—we must speak out against the murder of the unborn, for scientific research or otherwise, and proclaim the truth that God has created each person “fearfully and wonderfully” (Psalm 139:14) in his very image (Genesis 1:27).

This item was discussed yesterday on Answers News with cohosts Roger Patterson, Bryan Osborne, and Avery Foley. Answers News is our twice-weekly news program filmed live before a studio audience here at the Creation Museum and broadcast on my Facebook page and the Answers in Genesis Facebook page. We also covered the following topics:

Watch the entire episode of Answers News that aired March 24, 2021.