Life in the Lab

Every student in US public schools will likely come across pictures of the famous Miller-Urey experiment of 1953. Researchers set out to prove that life could arise from basic chemicals without God’s direct intervention. But that’s not what they proved. 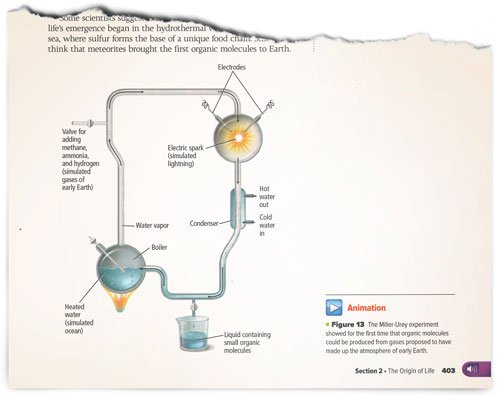 The experiment makes assumptions about conditions that never existed. It shows what can be produced in a lab, not what actually happened in earth’s past.

The experiment also failed on critical details. One problem: the experiment produces a toxic, tar-like mix. Another problem: the molecules are in both right-handed and left-handed forms, but life requires that organic molecules be a single form (the amino acids in proteins, for example, are all left-handed).

These problems confirm that natural processes cannot combine basic molecules into the complex molecules of life, such as proteins. This requires the direct intervention of God, who designed the machinery of the first cells in the very beginning, just 6,000 years ago.