At the UK Mega Conference, October 26–28, 2017, Answers in Genesis will be partnering with a number of ministries, one of which is Biblical Creation Trust (BCT).

One of the speakers representing BCT will be Dr. Steve Lloyd. Dr Lloyd (MA, PhD) works part-time as a researcher and lecturer for BCT and is also pastor of Hope Church, Gravesend. He studied materials science at the University of Cambridge and became a Royal Society University Research Fellow. Steve also has a diploma in theology and religious studies from the University of Cambridge. He contributed to the book Debating Darwin, published by Paternoster in 2009.

At the mega conference Dr Lloyd will be talking on the topic of Adam, Identity and the Gospel. Here’s what he has to say about the conference:

Identity is at the heart of so many contentious and disturbing contemporary issues—from immigration, to gender, to body image, to dementia. Christians all agree that our identity as human beings is tied to being made in the “image of God,” but there are differences in understanding what this means. 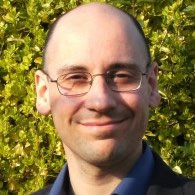 In my talk I will show that the “image of God” is rooted in how we have been made and in our physical descent from the first man, Adam. In contrast, those who believe Adam was “one human among many” have to adopt a different understanding of “image of God” with some very unfortunate consequences that are rarely explored. I will explain that once “image of God” is disconnected from our unique physical origins as a separate creation we have little defence against those who argue today that our human identity, including our sexual identity, is something fluid that we create for ourselves, defined by our own desires. In short, our view of human origins crucially affects how credibly we can speak as Christians into the real-life concerns of our society.

But that is not all. I will also explore how the belief that Adam was “one human among many” also undermines the gospel itself. It requires a radical revision of how human sinfulness is understood so that being in the “image of God” becomes a curse, not a blessing! In contrast, the good news of the gospel is that in Christ, the image of God, my identity is restored from the distorted, sinful identity I share with my ancestor, the historical Adam of Genesis.

I encourage you to join us at the 2017 Mega Conference, October 26–28, to be stretched with biblical teaching that equips you to meet the challenges we face today.

Previous Article The British Are Coming! Best of British Bible and Science Conference Next Article God and the Big Bang Launched in Schools