Steve Ham (MDiv), senior director of international outreach for Answers in Genesis, joined AiG full time in 2009. He is a regular speaker and author on topics such as biblical authority, theology, creation apologetics, and the gospel. He has recently contributed to the books Searching for Adam: Genesis & the Truth About Man’s Origin and World Religions and Cults Vol. 3.

This is what Steve had to say about his talk at the 2017 UK Mega Conference:

I am really looking forward to coming to the UK Mega Conference in October 2017. The speakers and subjects . . . will encourage us all to interact with issues of biblical authority that are plaguing Protestant believers 500 years after the original Reformation. 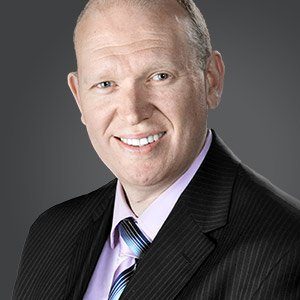 Martin Luther, in his mission to uphold the authority of Scripture, believed the Genesis text to be an accurate historical account of the material creation. Luther lived 300 years before the major excavations of the ancient archeological tells of Nineveh and Nippur and even ancient Egypt. He had no way of knowing how the ancient civilizations of Assyria and Babylon mythologized the historical events of Creation, the Flood and the Tower of Babel. He never thought to use their ancient Creation and Flood myths to assess how the Israelites in the wilderness may have culturally understood the history given through Moses. His assumption was that the clarity of the text of Genesis provided an accurate history as that which was inspired by God given through Moses who was brought along by the Holy Spirit.

Five hundred years after the Reformation, one of the biggest stumbling blocks to biblical authority in the Protestant church is the interpretation of the first chapters of Scripture. Luther, while witnessing a revolution of scholarship in his own time, would never have anticipated the Age of the Enlightenment and its effect on biblical interpretation. New approaches to read biblical narrative through the eyes of external ancient texts combined with commitments to modern secular ideas about origins have drastically impacted the way many scholars are now interpreting biblical history.

If I were Martin Luther, perhaps I might ask how it is that, after 1,800 years of church history, it took the excavation of ancient tells and the Age of Enlightenment to enable the church to understand Genesis. In other words, are we really going to listen to scholars who tell us that God’s Word has not been clear enough for biblical interpretation until the last two hundred years of finding and deciphering ancient texts? It is very likely that Martin Luther and the remainder of the Reformers would strongly object, and so should we.

In my talk at the UK Mega Conference, I will deal with the interpretation principles including the use of ancient texts and archeology and their place in helping to enhance our understanding of Biblical backgrounds without adversely affecting God’s intended meaning in giving humanity a credible historical record.

Previous Article The Wise Response to the Birth of Jesus Next Article The British Are Coming! Best of British Bible and Science Conference