Dr. Andy McIntosh has a PhD in aerodynamics and combustion, and his DSc is in the mathematics of combustion. As an associate speaker for AiG for many years, he speaks in the UK and many countries abroad. He delights to present the scientific evidence for creation and passionately believes that there is no excuse for scientific minds not to accept the truth of creation.

Dr. McIntosh has authored many books including his latest, a verse-by-verse commentary on Genesis 1–11. Here’s what he has to say about the conference: 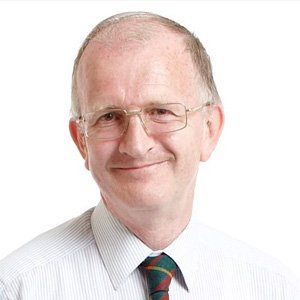 I am looking forward to the 2017 Mega Conference and sharing with you about The Wonder of Hearing. As we remember 500 years since Luther’s famous 95 theses were pinned to the door of the Wittenberg Castle, we need to realize that the church is in great danger due to again replacing the truths of the Bible with men’s opinions and imaginations. The matter of creation directly impinges on the infallibility of the Scriptures. Is the issue of origins only to be understood by man’s ideas? Does truth ultimately come down to man’s reason? We live in a day when the Bible is effectively being denied by people who would call themselves evangelicals—just as in pre-Reformation days. Remarkably science actually says otherwise and speaks clearly of God’s creation and marvelous design. This is one of the lines of thought we will be considering on 26th – 28th October 2017. If ever there was intricate design, the mammalian ear shows this! The sophistication involved in transmitting vibrations in air to the inner ear is simply staggering and shows that we are indeed fearfully and wonderfully made.

The UK as well as the rest of the Western world are in steep decline, and the churches are struggling to raise a clear standard against the growing skepticism expressed against the Christian faith. In this conference we trace our current malaise back to the issues of Biblical authority, starting with Genesis. Unless the church takes a clear, unequivocal stand against evolutionary sophistry, God will not bless us with His power. Most of the unbiblical laws and practices which are now being brought in by Western governments are only answered fundamentally by the church standing on a Genesis mandate. Ethics, science, and culture are not neutral. Wherever genuine revival has taken place, it has always been where the church believes in the totality of Scripture. This conference is a call for the church to gather humbly before the Lord and believe His Word. We look forward to welcoming a plethora of overseas speakers who will unfold many themes in this great conference showing again the authority of God’s Word.