Scotland and Two Men Who Changed the Church and the Culture

At a recent AiG event in Scotland, I came across two men whose beliefs had a lasting impact on the church and the culture for very different reasons.

Siccar Point, on the east coast of Scotland, is famous in the history of the debate over the age of the Earth. It is this rocky headland that James Hutton (1726–1797), deist and often hailed as “the founding father of geology,” considered to be proof of his uniformitarian ideas of geological development. Consequently, his beliefs significantly undermined the biblical account of Creation and the Flood. Part of the sign at Siccar Point reads,

The rocks at Siccar Point were the defining proof for his revolutionary Theory of the Earth. Most people at this time thought the world no older than a few thousand years. Hutton realised that earth processes are cyclical and that geological time is virtually unlimited . . . Hutton’s theory released science and philosophy from limitations of the biblical age of the earth (6000 years old). Though bitterly disputed at the time, it is now accepted as a fundamental of science. 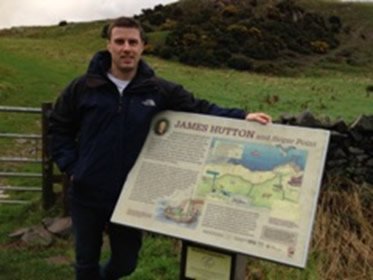 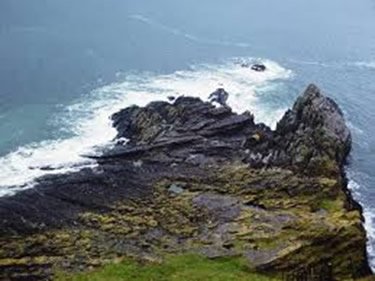 Hutton’s views gave rise to the philosophy of uniformitarianism, which is the belief that the present is the key to the past. This would later be popularized by influential lawyer-geologist Charles Lyell in his three-volume work Principles of Geology (1830–1833), the first volume of which greatly influenced Charles Darwin during his famous five-year voyage around the world (1831–1836). Uniformitarianism has nothing to do with observation or the evidence but is accepted in order to avoid interpreting the evidence in light of the catastrophic processes implied by the global Flood described in Genesis 6–8. However, it is biblical revelation, and not observations in the present, that is the key to understanding the past (2 Peter 3:3–6).

Unfortunately, Hutton’s ideas played a vital role in the church abandoning its belief in the biblical account of Creation and the Flood, which had disastrous effects on the culture.

The second man I encountered changed the church and the culture in a very different way. While in Edinburgh I was privileged to stand in the pulpit where the famous Scottish preacher, and one of leaders of the Protestant Reformation, John Knox (1513–1572) preached to the public.

Knox helped write the Scottish Confession of Faith, which brought the church back to the truths of Scripture and set the Bible up as the ultimate authority above the church and its leaders. This principle was known as Sola Scriptura (Scripture alone). It was the belief that all teaching and doctrine should be built upon what is revealed in Scripture (or deduced by good and necessary consequence). It made the Word of God the supreme and final authority in all matters of faith and practice within the church.

The church today needs more men like John Knox who are willing to speak boldly and defend the authority of Scripture in an increasingly hostile environment. Unfortunately, the vast majority of pastors and teachers today who teach theistic evolution or long-age creation have jettisoned the principle of Sola Scriptura, perhaps unknowingly, when they are reading Genesis 1–11 in order to accommodate what they think is proven scientific fact (as proclaimed by the scientific majority), thereby conceding real world history and science to the secularists. In practice, this abandonment of Sola Scriptura in favour of interpreting Scripture in light of the alleged ‘facts of nature’ is really a principle of Scriptura sub Scienta—Scripture under Science. This has been disastrous for the church, and the secularization of western society is evidence of this.

Knox challenged the church in his day to return to the authority of Scripture and to get back to the Bible. His attitude should challenge us when it comes to listening to influential teachers and pastors today who stray from what Scripture plainly states about Creation and the Flood. 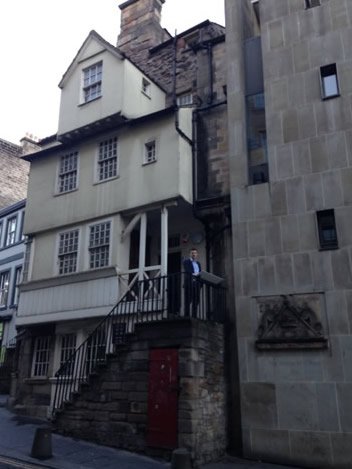 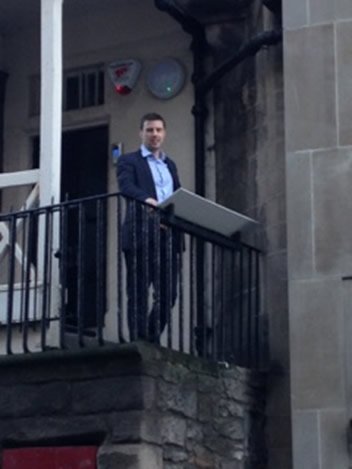 Standing in the pulpit John Knox preached from on Edinburgh’s Royal Mile.