Living Waters ministries, led by my good friend Ray Comfort, is known for producing groundbreaking evangelistic films and resources, which reach out to unbelievers (and atheists in particular). Their new award-winning film, The Atheist Delusion, is no exception. And it is now available to view online and to purchase.

Here is Living Waters’ summary of the film:

Having to prove the existence of God to an atheist is like having to prove the existence of the sun at noon on a clear day. Yet millions are embracing the foolishness of atheism. The Atheist Delusion pulls back the curtain and reveals what is going on in the mind of those who deny the obvious. It introduces you to a number of atheists who you will follow as they go where the evidence leads, find a roadblock, and enter into a place of honesty that is rarely seen on film.

Hundreds of guests joined us in the stern of the Ark Encounter on Saturday evening for the premiere of Living Waters’ newest film, The Atheist Delusion. Daystar Television was there to broadcast the event. (I think it’s safe to say this was the first time that a television program was actually broadcast live from Noah’s Ark!)

I introduced the film by talking about our Ark, which is the largest timber- frame structure in the world. In many ways we built the Ark for the same reason that Ray and his team made The Atheist Delusion: to teach apologetics to people who don’t know how to defend the Word of God and to share the gospel with skeptics and unbelievers. The exhibits in the Ark Encounter are meant to answer people’s questions and to let them know that the account of Noah is true and so is the rest of Scripture. This world-class themed attraction is making a very public impact on the world (over 400,000 visitors and hundreds of media in 3.5 months), concerning the truth of God’s Word and the gospel. 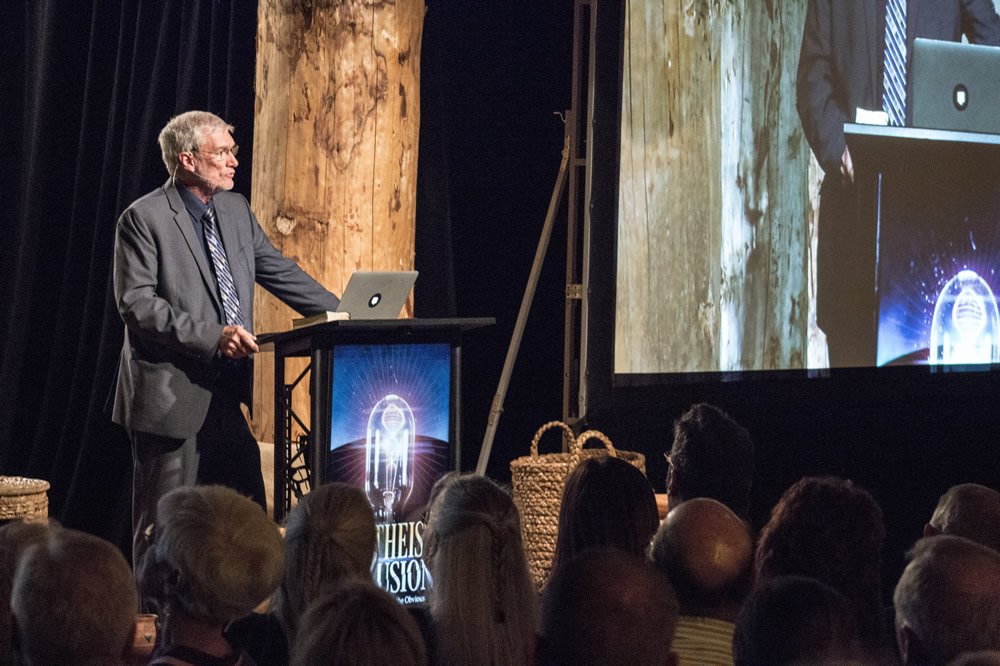 Noah’s Ark stood in the pre-Flood world as a warning to the culture that God’s Word is true and that God judges sin, but it also stood as a message that God provides salvation. Those who went through the door of the Ark (Noah’s family) were saved.

Likewise, those who pass through the Door, Jesus Christ, will be saved from the coming judgment (John 10:9).

Living Waters and Answers in Genesis share a common burden of reaching the world with the gospel. And it was our privilege to host The Atheist Delusion premiere. 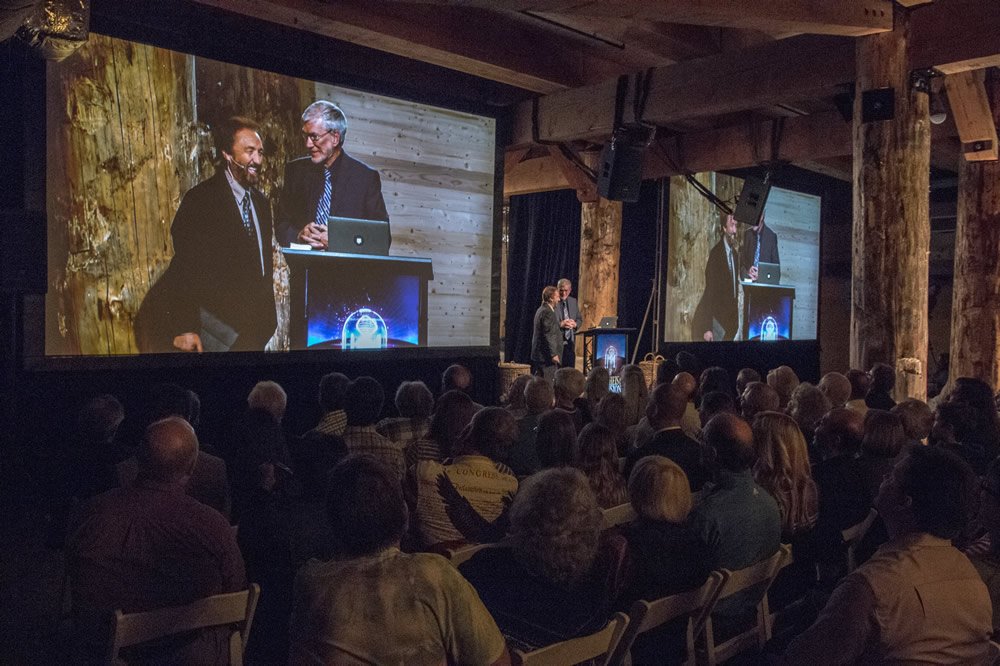 After the film, Ray and I, along with Emeal “E. Z.” Zwayne (Ray’s son-in-law) and Mark Spence of Living Waters, participated in a Q&A session, answering questions culled from social media, such as, “If creation is real, how do you explain the fossil record and all of the missing links that have been found over the years?” And “I keep hearing from creationists that evolution is a lie. After much recent research on this subject, I have discovered the lying and deceit only comes from the creationists and not the scientists. Is anyone willing to show me an example of an evolution lie and we’ll research it together and find out who’s lying?” We gave answers to these questions to clearly show that Christians can defend their faith and expose the fact that molecules-to-man evolution is a bankrupt religion. Mark Spence, myself, Ray Comfort, and Emeal “E. Z.” Zwayne answering questions in the Q&A session after the film premiere.

The Atheist Delusion was released to the public on YouTube following the event. You can view it there or purchase the DVD from Living Waters. And be sure to share it with unbelieving family and friends who need to hear the good news of the gospel.