We’re thrilled to announce that at the recent Evangelical Press Association convention in Lancaster, Pennsylvania, Answers magazine (which has won many magazine awards in the past) took home another seven awards! 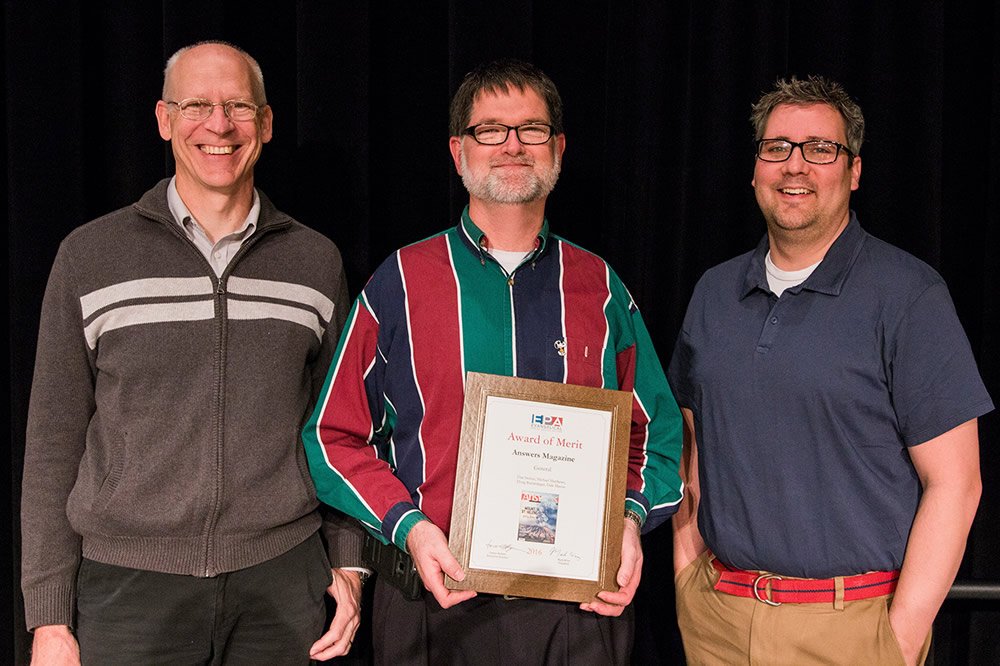 Among them we received the Award of Merit, which is essentially the second place award in the General Magazine category. We placed behind Christianity Today, a magazine that was been around for 60 years.

We’ve previously won the Award of Excellence, the first place prize, twice. These awards are quite the honor for a rather new magazine of only 11 years. 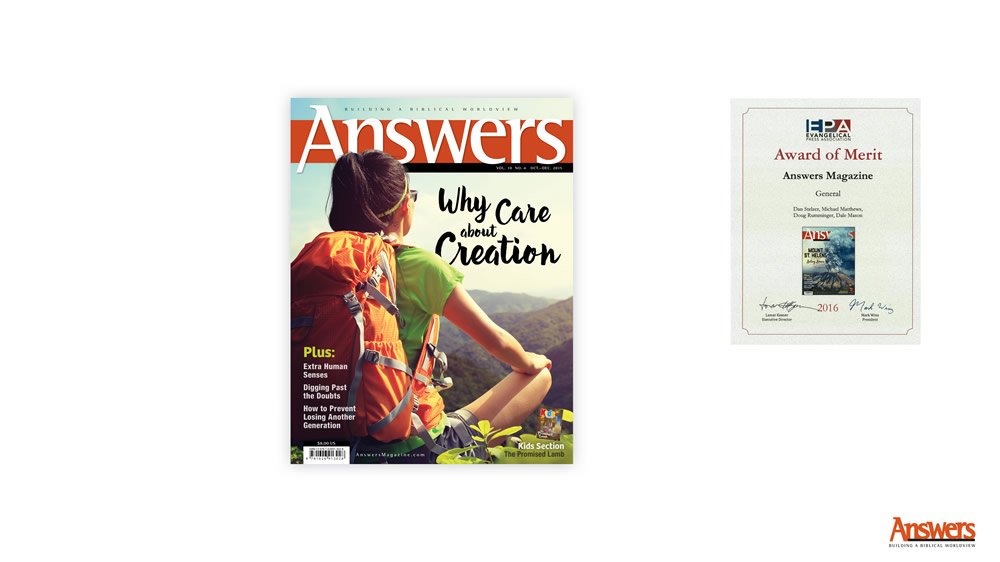 We also won first place in the General Article: Short category for Stephanie McDorman’s article “The Opossum—Survival of the Generalist.” 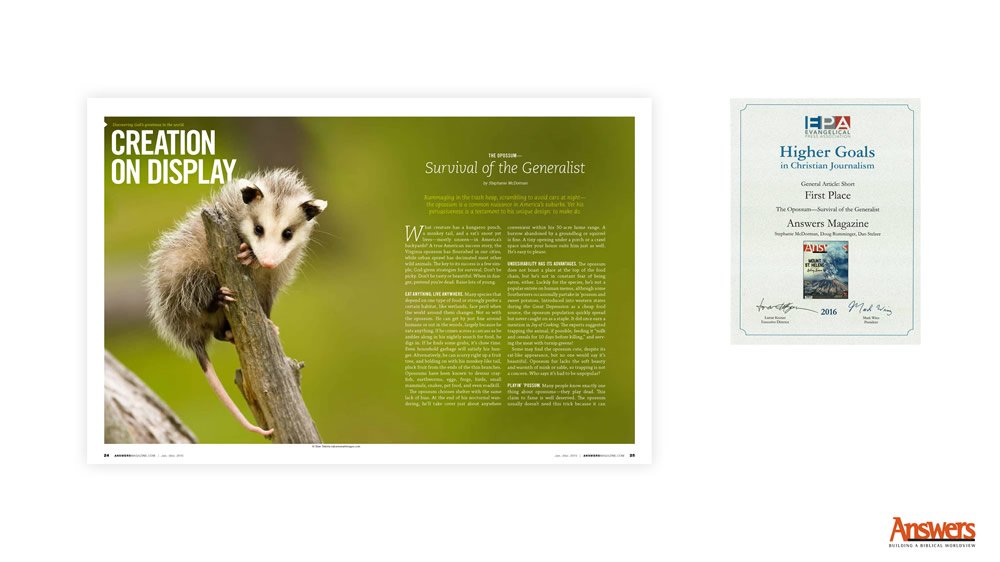 First place also went to us in the Typography and Lettering category for the design of “Flightless Birds—Alternate Flight Plan.” 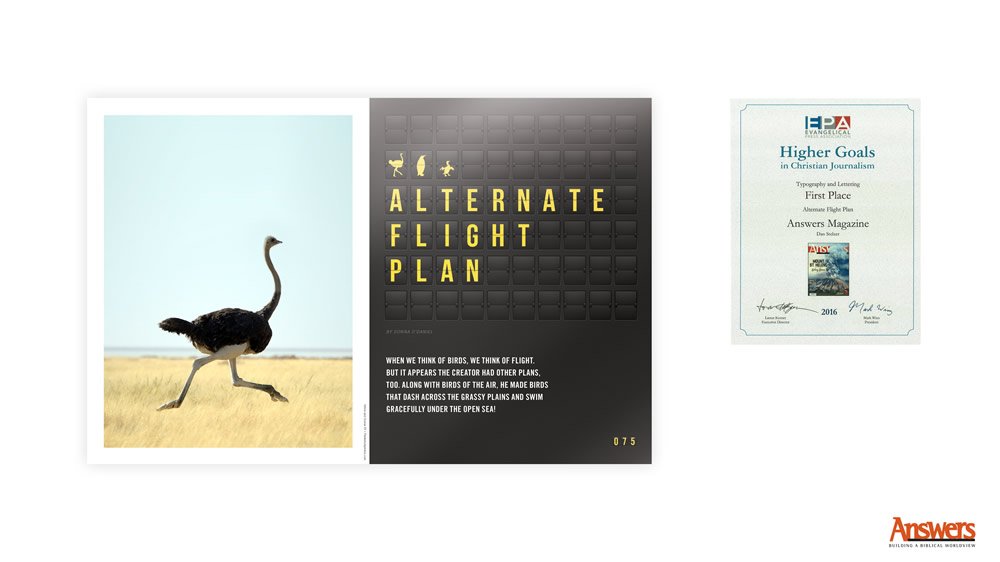 We are thankful to the Lord for these awards. Our magazine team works hard to keep Answers fresh, exciting, and creative; these well-deserved recognitions honor their diligent efforts. These bring the total number of magazine awards we’ve won through the years to over 40.

Are you one of the 200,000 individuals around the world reading Answers magazine? If not, be sure to subscribe today! You don’t want to miss out on this award-winning, apologetics-packed magazine.