It’s not very often that I can promote a film coming to a movie theater. But I am encouraged that movie studios like Pure Flix are making films that are family friendly and some that even proclaim Christ and Christian themes and messages. And their powerful new film, Unbroken: Path To Redemption, (produced in association with Universal 1440 Entertainment and The WTA Group) is coming to U.S. theaters September 14, 2018. 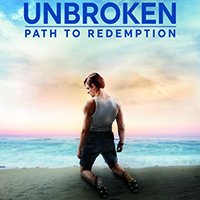 Catch Unbroken: Path to Redemption in movie theaters on September 14, 2018!

This movie is the continuing story of Louis Zamperini, an Olympic runner and WWII hero/POW, who survived a plane crash in WWII, drifted 47 days in the Pacific, and then spent a few torturous years in a cruel Japanese prisoner-of-war camp. Part of his story was told in the 2014 film Unbroken, but that film left out the incredible ending to Zamperini’s story. I won’t give the film away, but I believe you will be greatly moved by Unbroken: Path To Redemption, and unbelievers will be pointed towards Christ.

I hope you’ll watch this encouraging film, coming to US theaters Friday, September 14, 2018. (Please note that young children may find some of the film’s elements disturbing and it is rated PG–13.) Find a theater near you, and get your tickets, at Unbrokenfilm.com.