Answers in German and Polish!

Last month, Dr. Terry Mortenson shared the creation-gospel message, through translators, in both Germany and Poland. Like the rest of Europe, these countries have been indoctrinated in evolutionary teaching. Bible-believing Christians are a very small minority in both nations. 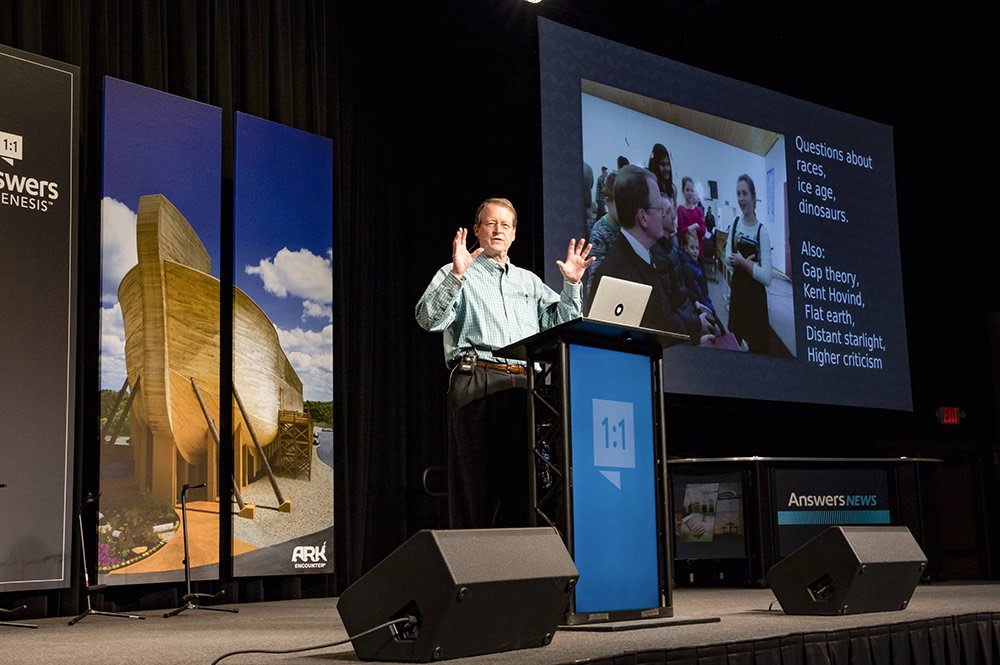 Dr. Terry Mortenson recently reported to the AiG staff on his ministry in Europe.

Though it was the birthplace of the Reformation, Germany is now very secularized. Terry spoke 13 times in 10 cities over 10 days to audiences of up to 550 people. He was encouraged to see a good mix of children and teens in the audience for these events. Five of Terry’s lectures were videotaped for viewing on a German-language YouTube channel. Here is a sample: 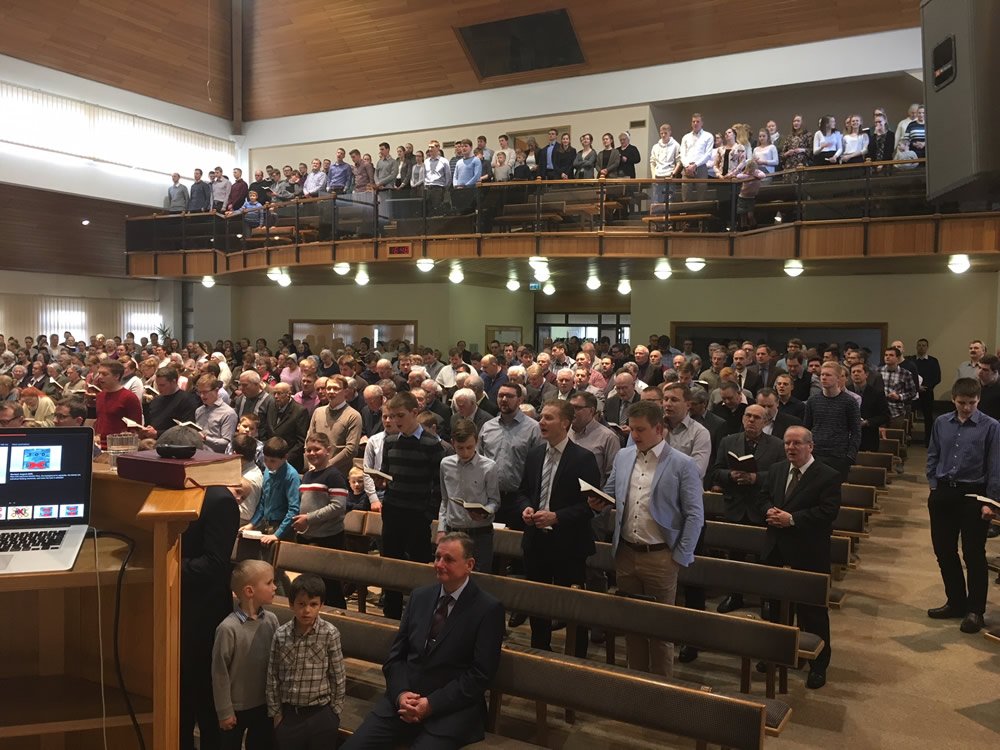 The church in Fulda, Germany, one of the venues where Dr. Mortenson spoke last month.

In Lublin, Poland, Terry had an intense, eight-lecture weekend seminar. We’re told the host church’s website has considerable national and international impact. The biblical and scientific arguments Terry presented were much appreciated, and many of his lectures are now available for viewing on a Polish-language YouTube channel. Watch a sample here: 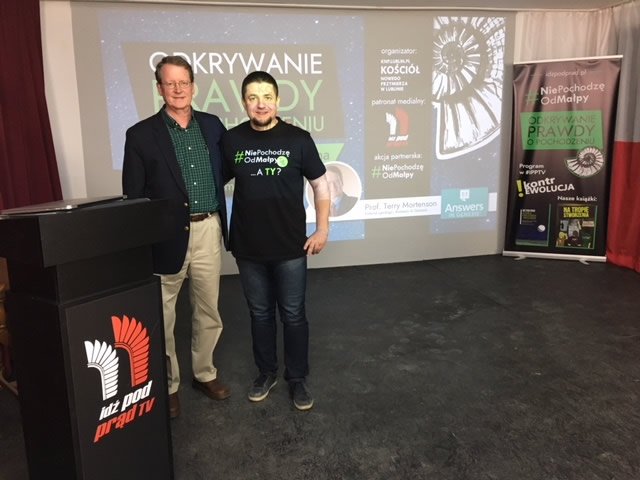 In Poland, Dr. Mortenson spoke several times at a seminar. Leszek (to the right in the photo) translated all of Terry’s slides and was his interpreter for one of the lectures.

AiG was pleased to assist church leaders in both countries to help them produce literature and conduct lecture tours that proclaim the Bible’s authority and the gospel.

AiG’s sister office in England helps us reach the UK and Europe.