Lizard Skin Highlights the Creativity of the Designer

The more we study God’s creation, the more we realize how complex and beautifully designed it is. I was reminded of this truth when I learned about how the drab brown or pearly scales of the juvenile ocellated lizard change to a green and black adult lizard “using a computer-like process,” according to recent research. 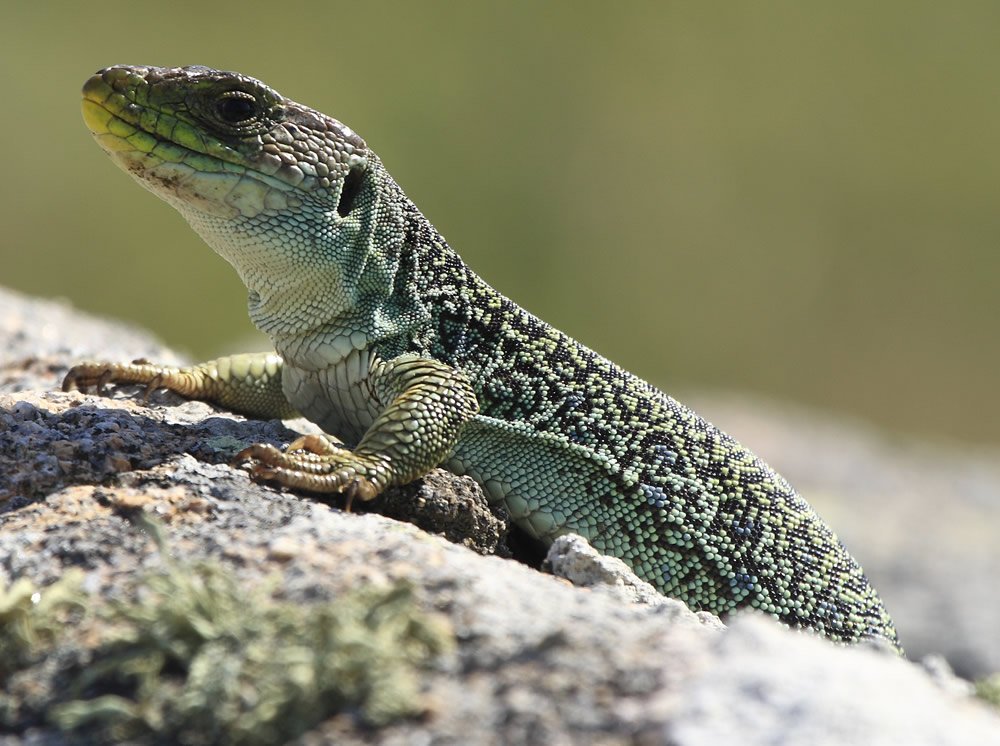 Like many creatures, the ocellated lizard changes colors as it gets older. But, unlike other creatures, individual scales can flip-flop on their color as the lizard ages, based on what’s called a “cellular automaton,” which is similar to some computer programs. The article from Science News explains,

A cellular automaton is composed of a grid of colored pixels. Using a set of rules, each pixel has a chance of switching its shade, based on the colors of surrounding pixels. . . .

In the adult lizard, if a black scale is surrounded by other black scales, it is more likely to switch than a black one bounded by green, the researchers found. . . . Black scales wind up with around three green neighbors, and green scales have around four black ones. The researchers propose that interacting pigment cells could explain the color flips.

This is a really neat design for something as seemingly humble as lizard scales. The detail and creativity God has put into every part of his creation should never cease to amaze us and drive us to glorify the Creator. How can anyone believe all this design happened by natural processes over the supposed millions of years! No, the hand of our Creator God is so evident to all; anyone who doesn’t believe is without excuse (Romans 1:20).

Previous Article Target Sees Consequences of Accommodating Sinful Behavior? Next Article Lifting Our Nation Before the Lord This Fourth of July