Welcoming More European Media to the Ark and Museum

Over four days last week, it was wonderful to hear the Scottish brogue in our AiG offices, the Creation Museum, and Ark Encounter. A video crew from Truth in Science, an organization based in Britain, conducted several interviews with our scientists, research faculty, and others at AiG. Their programs will eventually air not only on television in the UK, but also on the Internet so that people all over the world can watch this multi-part series of programs.

Here is a photo of AiG speaker Bodie Hodge with three of the four Scots just before the start of filming. 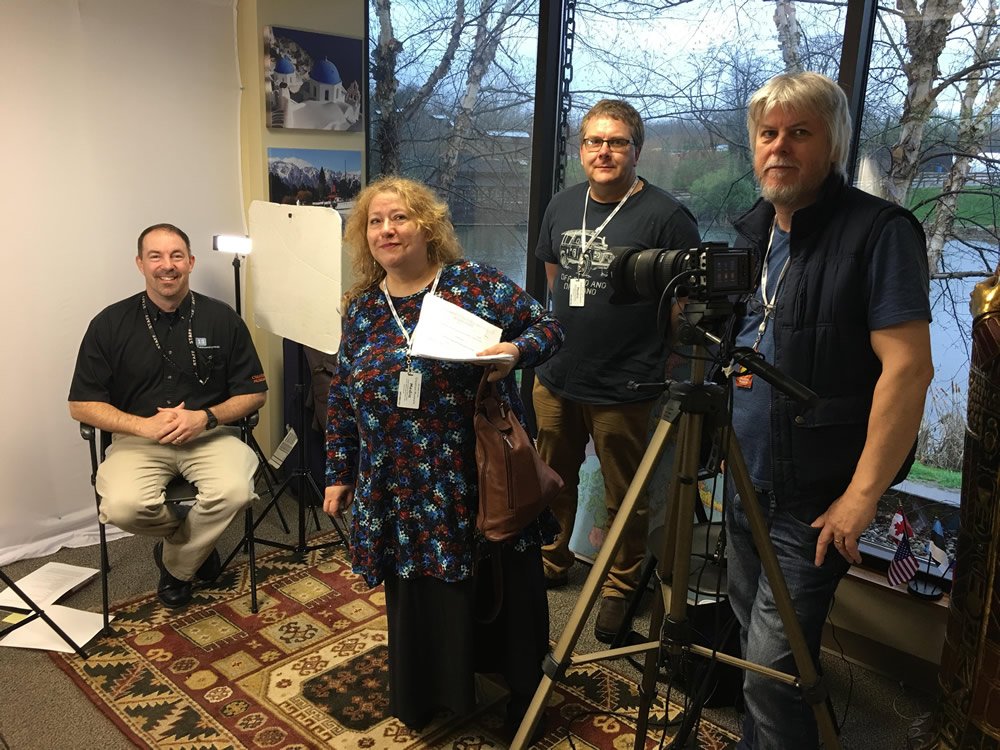 The TV crew also shot a lot of what’s called b-roll footage at the Ark Encounter and museum. They were impressed by the size of the Ark, the number of guests visiting our attractions, and the fact that they are so evangelistic.

Over the years, dozens of media from around the world have toured the Creation Museum and Ark Encounter. From Europe, we’ve welcomed several reporters each from the UK, Germany, Spain, Italy, and, recently, Switzerland. We praise God for all this coverage!

Make your own plans to visit the Ark Encounter and Creation Museum this summer.