Dolphins: Designed or Adapted by Evolution?

One of our supporters recently sent us a photo of an exhibit at a major US metropolitan zoo. The sign at this exhibit says that dolphins were both “designed for the depths” and “perfectly adapted for life in the water.” Since apparently it’s National Dolphin Day today (April 14), I thought I’d share the photo with you. 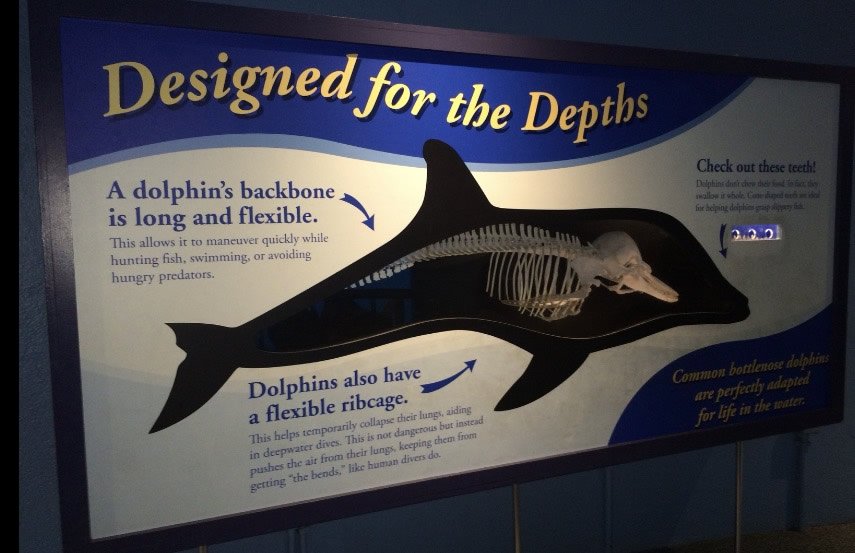 And what about adaptation? Well, what they mean by adaptation is that dolphins have somehow acquired new information into their genes, resulting in numerous new characteristics over long periods of time enabling it to survive and thrive in the water in their current forms. But no known natural process can produce the genetic information needed to form brand new structures like those required to supposedly turn a land mammal into a dolphin.

From a biblical perspective, dolphins are marvelously designed, and their kind has adapted slightly to their environment. You see, in Genesis we read that God created the sea creatures to reproduce “according to their kind” (Genesis 1:21). God created the dolphin kind (which includes dolphins, pilot whales, killer whales, and more) with a tremendous amount of genetic variability so it could spread out and fill the oceans.

God didn’t create each individual dolphin species—these are a result of limited adaptation (based on the immense genetic variability God built into their genes) since creation, only around 6,000 years ago. But this isn’t evolution—dolphins produce dolphins. It’s variation within a kind. And this variation comes from information that was already placed there by God from the very beginning.