This morning I was thrilled to stand in front of over 30 media representatives from Northern Kentucky, Cincinnati, and the surrounding area—plus an Australian TV news crew and an Associated Press correspondent—as we gathered on the deck of the life-size Noah’s Ark. At this busy construction site, I had the privilege of announcing the opening date of the Ark Encounter, under construction in Williamstown, Kentucky, just about 45 minutes south of Cincinnati, and 45 minutes from the popular Creation Museum. 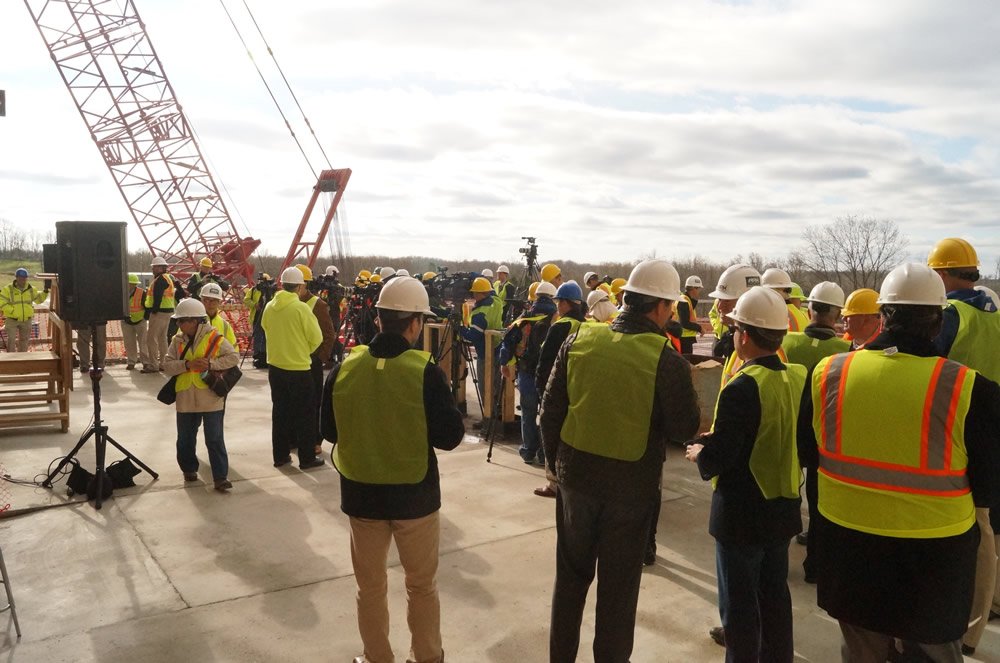 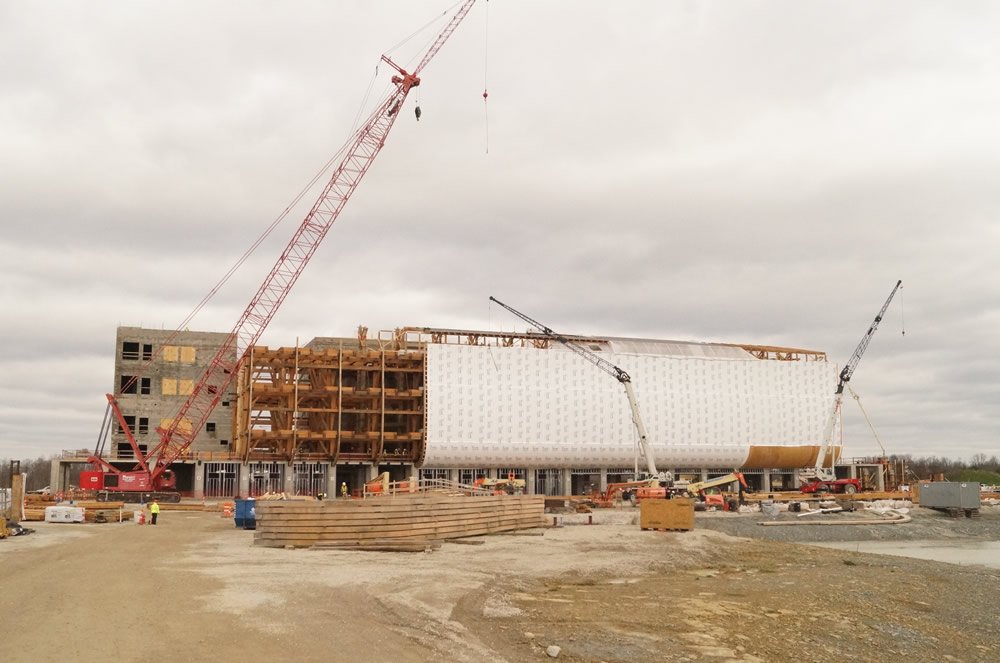 I truly believe that this project will be one of the greatest Christian evangelistic outreaches of our day. Ever since Satan’s first attack in the Garden of Eden as written in Genesis 3:1 (“Did God really say . . . ?”), our adversary has been attacking the Word of God and working to shake the foundation of the Christian faith. I believe that in our Western culture, we are seeing atheistic evolution and the idea of millions of years being the primary means that the adversary is using to undermine the authority of the Word of God, and to all ages. At Answers in Genesis and the coming Ark Encounter attraction, we want to equip Christians and non-Christians to understand that God’s Word is true, that Noah really did build a huge Ark, that the animals really could have fit on board, and that the global Flood really happened as an outpouring of God’s judgment on a wicked generation.

At the same time, Noah’s Ark is also a picture of God’s mercy and salvation. God had Noah build an Ark of salvation—and those eight people who went through the one door were saved from the waters of the Flood. We want people to know that God has provided an Ark of salvation for us, too—the Lord Jesus Christ. He is the only door by which anyone can enter this Ark of salvation. One day each one of us will stand before our Creator for the final judgment! We are burdened to see as many people as possible go through the “door” of salvation. I think of this verse:

Now, the Ark will be opening on July 7. Due to the large crowds we’re expecting (research predicts a minimum of 1.4 million people coming to the Ark Encounter in the first year alone), for the first 40 days at least, we will be selling tickets online in advance, so that you can reserve the date and time of your visit. And we will have daytime and evening time tickets over the first 40 days and 40 nights! That way we won’t exceed capacity on any given day. Learn more details on ticketing and how to reserve your place on the Ark.

As you can tell, we don’t have much time left to prepare the building and the exhibits for opening day. Please be praying for the safety of the construction workers, strength for the exhibit designers and fabricators, and for many “to be saved and come to the knowledge of the truth” (1 Timothy 2:4–5) through the Ark Encounter outreach.