We Welcome Guests 40 Days and 40 Nights through August 15

Ken Ham, founder and president of Answers in Genesis and visionary behind the Ark Encounter, announced today at a press conference on the Ark that the massive re-creation of Noah’s Ark will open to the public July 7, 2016.

Editor’s note: This article was adapted from a news release that was distributed to the media today.

Here is a shortened version of the live press conference where Ken Ham announced the opening date for the Ark Encounter next year and gave the press some background information on the project.

“We are so excited that the construction progress and schedule landed on this 7/7 date. Genesis 7:7 states that Noah and his family entered the Ark. So it’s fitting we allow the public to enter the life-size Ark on 7/7,” Ham said.

For the first 40 days, guests can purchase daytime tickets for 9 a.m.–4 p.m. or nighttime tickets for 5 p.m.–midnight. The day and evening times will also offer some differing experiences. Anyone who has purchased a Charter Boarding Pass or has sponsored a plank or a beam will have access to a priority-ticketing period beginning January 5. Tickets will go on sale to the general public on January 19. 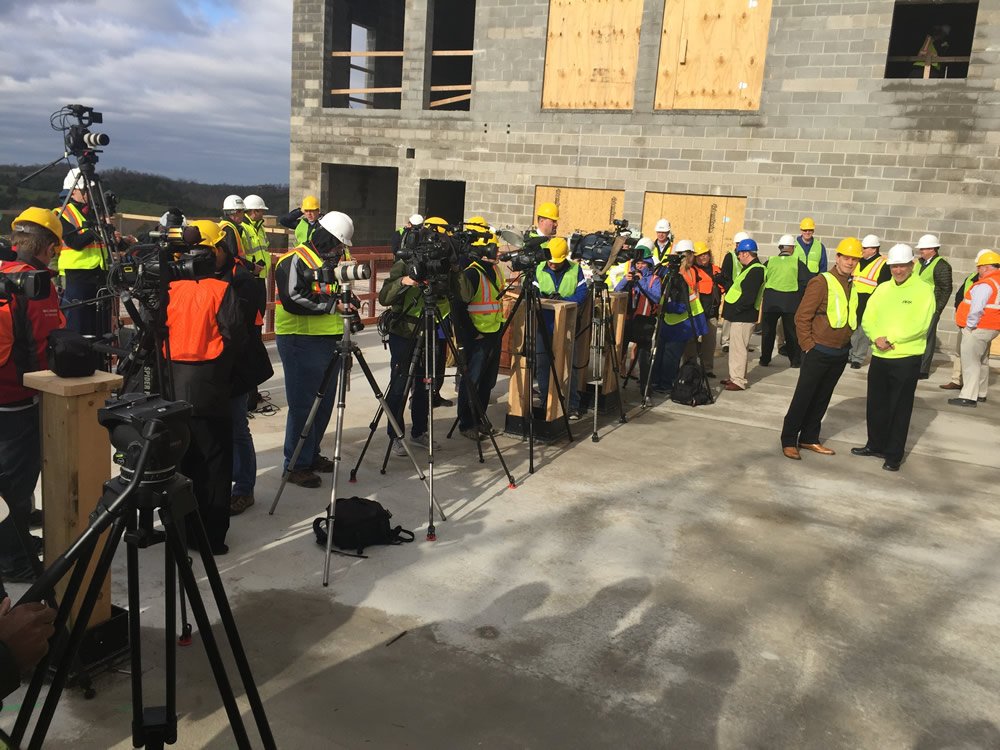 Ken Ham (right) speaks to a TV reporter with Channel 9 Australia as other media outlets wait for the press conference to start. Over 30 media representatives were in attendance.

“While the Ark Encounter will be able to accommodate 16,000 guests per day, our consultant’s research has shown that we could possibly expect more than that during the first few weeks of opening, especially during the summer time frame,” Ham continued. “So, to make sure this themed attraction remains an enjoyable experience for everyone, we are adding a nighttime shift for the first 40 days.”

Ham added, “Some supporters who have been watching the construction of the huge ship have said they believe this Ark will be one of the ‘new wonders of the modern world.’”

Supporters who have been watching the construction of the huge ship have said they believe the Ark will be one of the “new wonders of the modern world.”

In addition to announcing the project’s opening date, Ham confirmed that the majority of the funding for the Ark Encounter’s first phase has been raised—about $80 million of the $91.5 million needed. Ham is confident the rest will come in before construction is completed, including through sales of Ark memberships (called boarding passes).

A special guest for today’s announcements was Princeton-trained scholar Dr. John Whitcomb (PhD, Grace Seminary), coauthor of the classic book The Genesis Flood. He is acknowledged as the world’s leading theologian on the topic of the Ark and Flood of Noah, and is a great personal inspiration to Ken Ham. “Dr. Whitcomb,” declared Ham, “is one of my heroes of the faith.” At the press conference, Dr. Whitcomb read a portion of Genesis 7 and the account of Noah’s Flood.

As home to the Ark Encounter, the city of Williamstown was represented at today’s event by Mayor Rick Skinner. State Sen. Damon Thayer and Rep. Brian Linder, who represent the area as state legislators, were also on hand at the press conference. 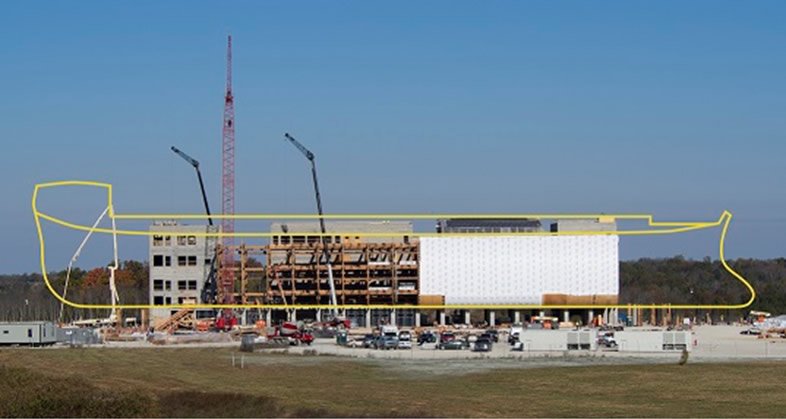 The outline of the Ark is superimposed over the construction in place at the site of the Ark Encounter, set to open in Northern Kentucky on July 7, 2016.

While the decision is still pending on whether the Ark Encounter will be able to participate in the state’s sales tax rebate program for tourist attractions now being litigated, there is no doubt the project will be a boon to local tourism. It is anticipated that thousands of new jobs will be created outside of the Ark theme park and new hotels and other businesses are under development near the Ark site. New tax revenue to the state will be in the millions, even without the portion to which the Ark Encounter will be entitled to in a rebate if the lawsuit is settled in its favor. See AnswersForFreeedom.org.

Another major outreach of AiG, an apologetics organization, includes the Creation Museum, which has been visited by over 2.5 million guests since opening in 2007. Last year the museum unveiled a world-class $1.5 million exhibit of an allosaur dinosaur skeleton, and hosted the famous Bill Nye/Ken Ham evolution-creation debate (conservatively estimated to have now been watched by upwards of 15 million people).

For more information about AiG, visit AnswersInGenesis.org. The Ark website, with video and photos, is ArkEncounter.com.